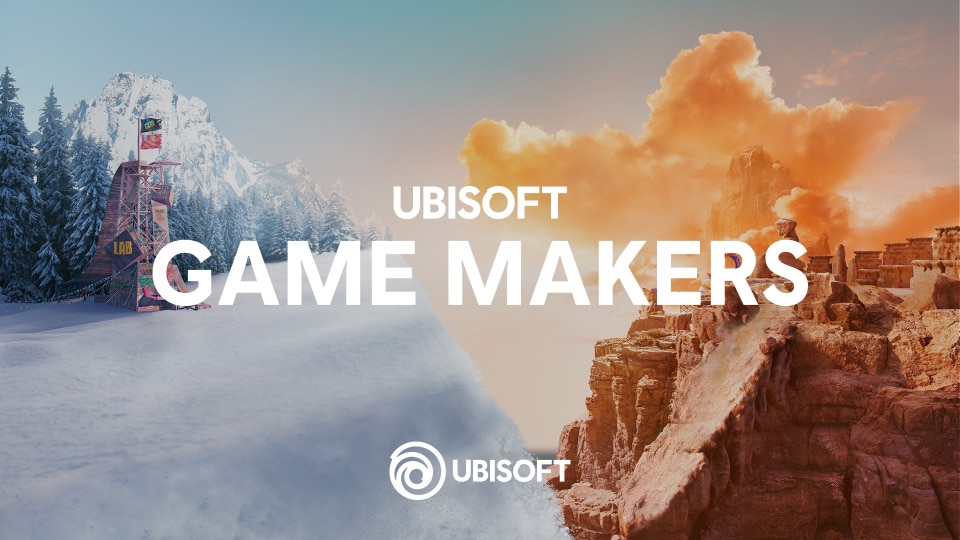 Ubisoft is a creator of virtual worlds in which players can spend hundreds, or even thousands, of hours. Many of these worlds are inspired by real places, while others are entirely imagined. As virtual reality becomes more accessible, what does it mean to create and explore virtual worlds?

For Ingoldsby and his team, setting a game in London meant representing the diversity of the city’s inhabitants. In a game in which all the characters are playable, the world itself needed to be first and foremost about those characters and how they impact the city’s streets, buildings, and atmosphere. “That excited us as artists and as visual creatives because we realized we can create a world that is about people, but also has these visual stamps on the buildings,” Ingoldsby says. He uses street art as an example of cultural representation, the city’s diverse populations put their stamp on the architecture of the city.

To figure out how they wanted to recreate each area of London, Ingoldsby and his team used a process he calls “DNA,” which stands for digital, natural, and architectural. “We would work on [the aspects] of those boroughs and come to terms with what we want to do and how we want to represent those boroughs in a way that complements the Watch Dogs brand,” Ingoldsby explains.

Their goal was to find and filter the key characteristics of each of the city’s areas, enhancing them to fit with the game’s story and themes. For example, they focused on the start-up scene in Islington & Hackney, which is known as London’s Silicon Valley, and imagined underground body-modification spots would have their place in the counter-culture hub of Camden Town.

As Watch Dogs Legion is set in a nearfuture version of London and its gameplay relies on hacking, it was also an opportunity for the development team to imagine how technology might develop and affect our lives in a few years. Drones, self-driving cars, holographic projections, mixed-reality implants – these technologies are omnipresent in the world of Watch Dogs Legion. It was important for Ingoldsby to represent the positive potential of this tech, but also to show the hidden costs that pervasive technologies can have on our freedom.

Riders Republic – The Spirit of the Place

To create the foundation of the map for Riders Republic, Person and his team used a first layer of GPS data of American National Parks that was accurate to seven meters. However, geographic accuracy was not their end goal.

“We take the best from nature, as far as it is serving the game,” Person says. “But when it’s not enough, we tend to modify and to twist reality.”

For example, in the game’s version of Grand Teton, the team actually increased the slope of the mountain by about 10% to improve gameplay behavior and make it even more exhilarating for players to ride. “Behaviors have to match the surfaces,” Person says. In Sequoia National Park, the team adjusted the density of the famous trees to make sure players could fly or ride more easily between them. The team always sought to increase the fun factor and create the perfect surface to ride on.

One of Person’s favorite places in the game is Bryce Canyon, a park he visited in real life as part of a research trip during the game’s development. “When I recreated it with the team, we really had the impression that we were back there again,” he says. Person talks about the “spirit of the place.” He is proud of having been able to recreate, in digital form, the impressions and feelings that these majestic natural landmarks can instill on visitors.

When Notre-Dame de Paris was severely damaged by fire in April 2019, de Riberolles and her team knew immediately that they wanted to find a way to bring the cathedral back to life with a VR experience. Until then, the New Business Team had been focused on ancient or destroyed monuments, but they were inspired by players who shared testimonies of their visits to the virtual Notre-Dame cathedral in Assassin’s Creed Unity, the 2014 game set during the French Revolution. The team knew they had the chance to make the model of Notre-Dame from the game more accessible while the real church was under repair and inaccessible to the public.

De Riberolles and her team used the original model from Assassin’s Creed Unity and adapted it to VR, adding lively details like lighting, character models, and organ music recorded in Notre-Dame six months before the fire to make the experience more immersive.

When traveling is difficult, or for people with limited mobility, a VR tour like the one de Riberolles and her team created can provide the experience of a renowned monument. VR also allows you to visit places that are out of reach, traveling back in time or flying overhead to see from a new perspective. “One of the values [of VR] is to be able to interact with it, to be there, but also to experiment it in ways that could not be done in real life,” de Riberolles says.

Ubisoft’s VR experiences, just like videogame worlds based on real places, are a testament to how inspiration from the real world can lead to extraordinary experiences in virtual ones.