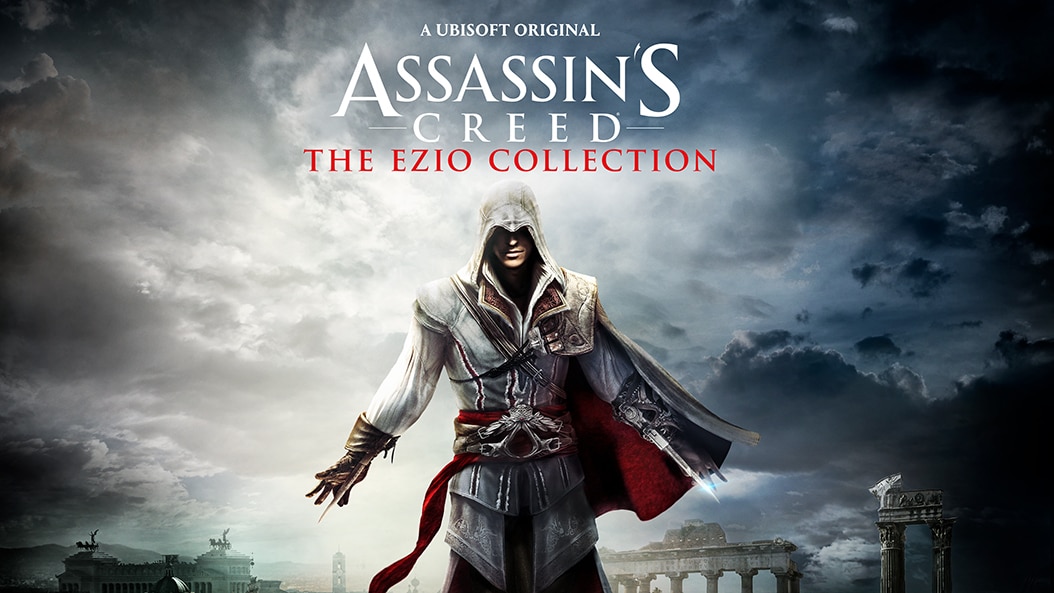 Assassin’s Creed: The Ezio Collection is coming to Nintendo Switch on February 17, letting fans step back into the shoes of the legendary Master Assassin, Ezio Auditore da Firenze. The collection gives you access to three games with all their single-player DLC: Assassin’s Creed II, Assassin’s Creed Brotherhood, and Assassin’s Creed Revelations. The compilation also includes two short films that dive deeper into Ezio’s story – “Assassin’s Creed Lineage” and “Assassin’s Creed Embers” – and adds enhanced features to the games, such as handheld mode, HD Rumble, touchscreen interface, and an optimized HUD for the Switch.

Assassin’s Creed II is where we are first introduced to Ezio as a new Assassin carrying on the deadly lineage of his forebears through the dangerous world of Renaissance Italy. Scale buildings and stalk your prey through cities filled with riches, and unravel a murderous conspiracy while wielding weapons and instruments designed by Leonardo da Vinci.

In Assassin’s Creed Brotherhood, Ezio brings the fight to the heart of the powerful Templar Order in Rome, a center of power, greed, and corruption. As a Master Assassin, you must build and command a new Assassin Order to rally at your side and help defeat your enemies.

In Assassin’s Creed Revelations, Ezio leaves his life in Italy behind to go on a journey of discovery. As Ezio, you must walk in the footsteps of your predecessor, Altaïr, on a perilous path that takes you to Constantinople, the heart of the Ottoman Empire, where a growing army of Templars threatens to destabilize the region.