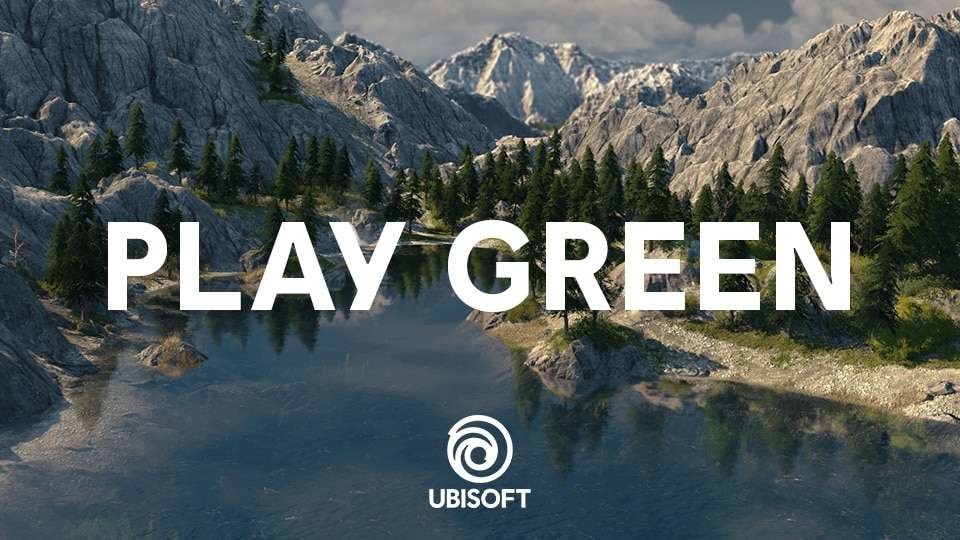 Ubisoft is committed to confronting climate change and developing internal and external initiatives to help the company and its communities to go green. In 2019, Ubisoft and several other top gaming companies banded together to found the Playing for the Planet Alliance, an organization facilitated by the UN dedicated to fighting climate change and increasing awareness within the gaming industry. Most recently, the Playing for the Planet Alliance hosted a presentation at the Game Developers Conference titled "Leveling UP for Climate: 3 Ways Gaming Companies Can Take Action for the Planet" during which six companies, including Ubisoft, came together to discuss how the industry can reduce its carbon footprint and inspire players to take action in their own lives.

Representing Ubisoft at the GDC panel was Director of Corporate Environmental Sustainability Nicolas Hunsinger, one of the people spearheading green efforts within the company. He and his team work on all environment-related initiatives at Ubisoft, but two of their main focuses are increasing Ubisoft's "brain print" while reducing its carbon footprint.

"My goal is to tackle both while maintaining a balance between the two," explains Hunsinger. "Reducing our footprint is really making sure we measure, understand, and reduce our environmental impact - we committed to reducing our carbon footprint by 8.8% per employee by the end of 2023. The increased brain print is how, as a media and entertainment company, we can reach out to millions of players to raise their awareness about the challenges we are already facing regarding the climate crisis."

In-game activations are a key part of Ubisoft's strategy to create green content that reaches players and inspires action towards fighting climate change, leading the company to participate in the Green Game Jam, an annual competition put on by the Playing for the Planet Alliance. These activations can fall under one of three categories: moments, contributions, and premises.

According to Hunsinger, each Ubisoft game falls in a different spot on the green content spectrum, and all have the potential to incorporate in-game activations in unique ways. "It's about where each game, each brand, can go, and there are plenty of opportunities. All the teams are very excited - it's an outpouring of good ideas and goodwill," says Hunsinger.

When ideating a green activation for a game, it's imperative to take the game's themes and brand identity into account to make it successful, so Hunsinger and the Positive Play team work closely with developers to make sure potential activations are authentic to each title. They use the Climate Game Toolkit, designed by Ubisoft's Art Director of Positive Play Arnaud Fayolle, which helps developers identify how their specialties can contribute to green content.

The team also uses Climate Map, a tool which helps determine what a good call to action would be based on the IP at hand. "If the game is an action-adventure RPG, you'll try to come up with a compelling story - great heroes fighting for climate and the environment, and it'll show you the difficulties and effort needed to fight," says Hunsinger. "Whereas if it's a different game like Hungry Shark, you want to take a different approach, like showing the impact of pollution in an underwater environment. It really depends on your audience and genre."

Awareness through in-game activations is just one part of the equation; action is the other. "We want to engage and mobilize our players into action," says Hunsinger, "because we have a unique, interactive media that can create much more agency than traditional media." This real-life mobilization can come in a variety of forms, where first steps may be donating to a charity through in-game purchases and the end goal is changing player behavior.

Each year, Green Game Jam has a theme for participating studios to rally behind. For 2021, the theme was conservation and restoration of forests and coral reefs, something reflected in recent Ubisoft activations. Anno 1800 released a game scenario called Eden Burning, in which players must rid their island of the polluting influences of the Pyrphorians, a non-playable faction obsessed with fire, and build a dam that creates renewable energy. By purchasing Anno 1800's Plant a Tree DLC, players could contribute to reforestation efforts in real life: as of February, we sold enough to plant about three hundred thousand trees.

The Playing for the Planet Alliance 2022 Green Game Jam theme is Food, Forests, and Future, and Hunsinger is hopeful about the possibilities and shared some insight into the process. "On April 22, which is Earth Day, a number of projects will submit proposals to the Playing for the Planet Alliance, and soon, players will get to vote for their favorite project." While prizes are a nice perk, he noted that what really motivates Ubisoft to participate in the Green Gam Jam is the opportunity to take advantage of the dedicated time to brainstorm ideas about specific environmental topics, with the end goal of inspiring players and affecting change.

"We try to contribute as much as we can where we can make a difference. We want to seize all opportunities, and if there is value for the players, then there is value for us. If at some point we can create empathy for nature through a Ubisoft game, we have done our job."

You can read more about Ubisoft's pledge to reduce its carbon footprint, or learn more about its GDC presentations like Improving Stealth in Far Cry 6 or making a voice for oneself in AAA game development.