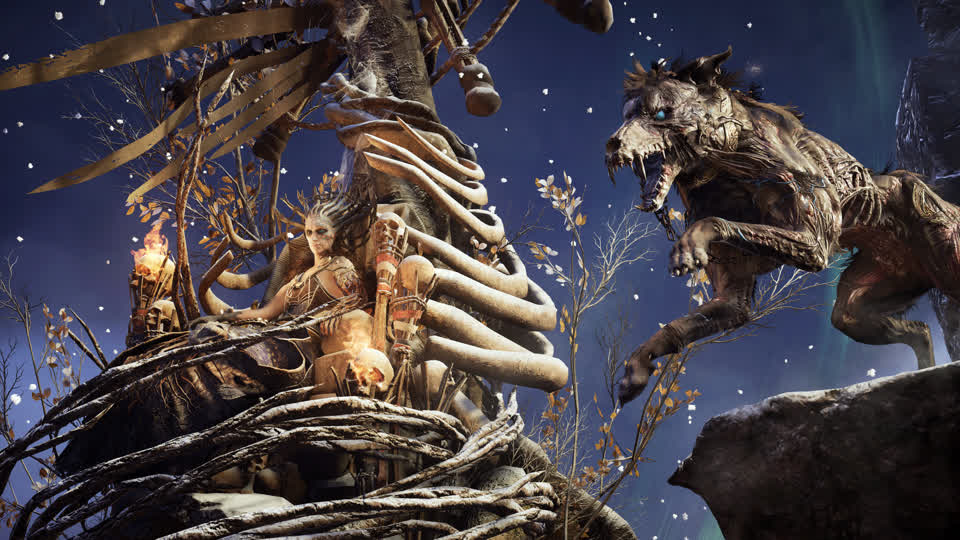 Assassin's Creed Valhalla's new game mode, Forgotten Saga, is out today as part of a free update, letting you dive into Niflheim in a roguelite-inspired adventure. Step back into Odin's shoes and fight through the Norse realm of the dead, culminating in a final confrontation with Hel. The goal is to make it through all four regions in a single run, or you'll have to start from the beginning - but of course, dying is a key part of what roguelite games, and Forgotten Saga, are all about.

Niflheim is filled with branching pathways that make each run unique and unpredictable. Once you choose a path forward, the bridge behind you collapses, locking you into your decision, so choose wisely. Different areas of Niflheim have new things to uncover, such as a merchant selling weapons, runes, and abilities for coins you collected on your journey; hidden buffs that permanently upgrade Odin's abilities, provided you can slay the powerful enemies guarding them; or NPCs with side quests that promise desirable gear as a reward. Weapons are randomly generated throughout your run, and picking up a new weapon will destroy your old one.

After each death, you'll respawn in Forgotten Saga's hub, an area where you can upgrade gear and change your loadout before the next run. You won't have access to any of your armor or weapons from England, and will instead rely on finding new items on each run to expand your options in the hub. Before starting each run, you'll have the opportunity to select gear, customize it to your playstyle, as well as pick favors and memories that grant additional buffs. After some deaths, Odin will be confronted by other Asgardians, who are unhappy with the war Odin has waged.

Forgotten Saga is accessible to any Assassin's Creed Valhalla owners who have already reached Asgard. Check it out today on Xbox Series X|S, Xbox One, PS5, PS4, PC, Stadia, and Amazon Luna. For more on Assassin's Creed, check out the AC15 celebrations, or how a developer created the Isu language.