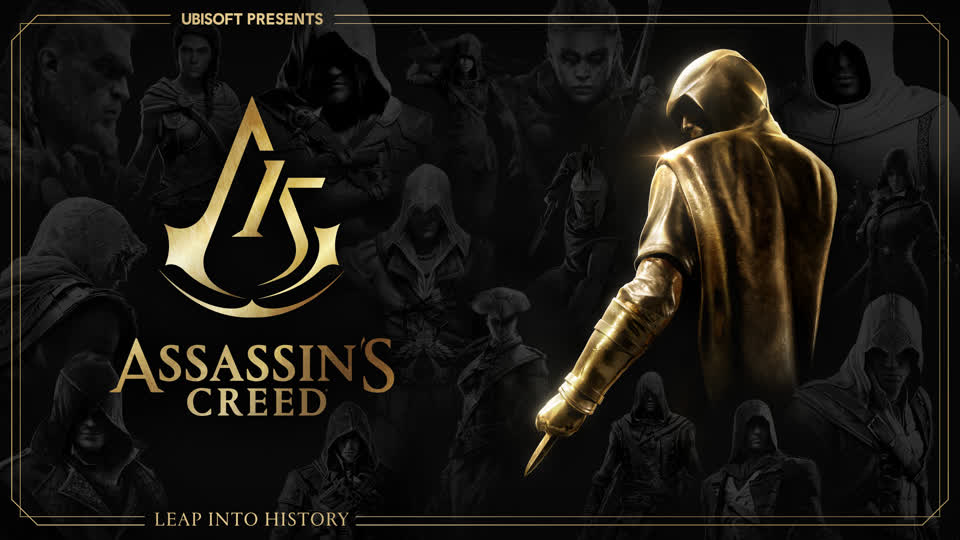 Nothing is true. Everything is permitted. Assassin’s Creed launched on November 13, 2007, introducing the world to Altaïr, his Assassin Brotherhood, the Templar Order, and the Pieces of Eden, and kicking off a franchise that would grow to 29 titles and amass a global community of players. To commemorate 15 years of Assassin’s Creed, Ubisoft is hosting AC15, a months-long celebration of where the franchise started, where it is, and where it’s going.

The Ubisoft Store is kicking off AC15 by offering 85% off Assassin’s Creed Origins from June 16 to July 10. The game is also offering a free weekend from June 16-20, making it the perfect time to strap on the sandals of Bayek of Siwa, co-founder of what would become the Assassins. Additionally, on June 2, Assassin’s Creed Origins received an update supporting 60 FPS on Xbox Series X|S and PS5.

For the first time in franchise history, Assassin’s Creed Valhalla will receive a second year of free post-launch support, including new content updates, returning festivals, and more. Some have already been added to the game, like the Ostara Festival, Mastery Pack 2, and Armory upgrade for Ravensthorpe. Fans can look forward to Assassin’s Creed Origins-inspired tattoos and naval packs in the game, as well as new tombs that will conclude the mystery behind the Tombs of the Fallen, coming this fall. The Forgotten Saga is also set to continue its adventure into Norse mythology, giving players the chance to delve into Niflheim in a rogue-lite inspired free game mode that continues Odin's journey. Eivor’s final chapter is set to release at the end of the year.

For those seeking to explore ninth-century England without being plagued by foes, Discovery Tour: Viking Age is now available in the Ubisoft Store as a standalone edition for Xbox Series X|S, Xbox One, PS5, PS4, Stadia, Amazon Luna, and PC. Additionally, those who own Assassin’s Creed Valhalla can play Discovery Tour: Viking Age for free. This immersive experience, inspired by the world in Assassin’s Creed Valhalla, features eight narrative-driven quests that feature historical figures, designed to teach players about Norse and Anglo-Saxon history and culture firsthand.

To continue the AC15 celebration, Ubisoft News will stream one Assassin’s Creed game every Thursday starting on June 23 on the official Ubisoft Twitch channel. From 10:00-11:30 AM PT every week, the team will showcase a different Assassin’s Creed game, starting with Assassin’s Creed Valhalla and proceeding through the series in reverse chronological order. There will be fun giveaways throughout the livestream series, so give the channel a follow and don’t miss a single stream. If you’re interested in playing through the series yourself, every Assassin’s Creed game is available in the Ubisoft+ library. With a Ubisoft+ subscription, you can also get new games on day one, earn unique monthly rewards, and get access to premium game editions, expansions, and season passes.

For more information on Assassin’s Creed, read about how Assassin’s Creed Valhalla crossed the finish line during a pandemic, learn about Dawn of Ragnarök’s mythic inspiration, or check out how three Egyptologists use Assassins Creed Origins to teach history.