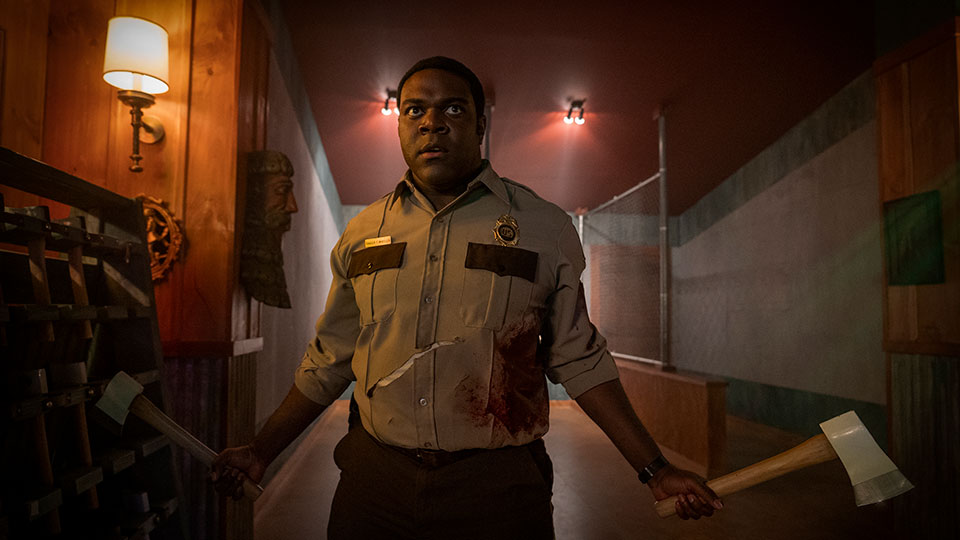 New Werewolves Within Trailer Sets Up Clues for its Murder Mystery

If you love a good murder mystery and you’ve been waiting for a good reason to suspect your friends of lycanthropy, check out the new trailer for “Werewolves Within,” the upcoming horror-comedy from Ubisoft Film & Television. Based on Ubisoft’s VR game of the same name, this modern-day whodunit is directed by Josh Ruben (“Scare Me”) and written by screenwriter, author, and Ubisoft Women’s Film Fellowship recipient Mishna Wolff. IFC Films is releasing the movie in theaters on June 25. Check out the brand-new trailer below:

In the first full trailer, postal worker Cecily (Milana Vayntrub) introduces newly arrived forest ranger Finn (Sam Richardson) to the town of Beaverfield and its residents. Things take a dark turn as Finn discovers a dead body, and the residents must unite against a predator. But the killer is neither human nor canine – it’s a werewolf, and it could be one of them.

You can watch Werewolves Within in theaters on June 25, or on demand and digital platforms on July 2. For all things related to Ubisoft Film & Television, check out our previous coverage.