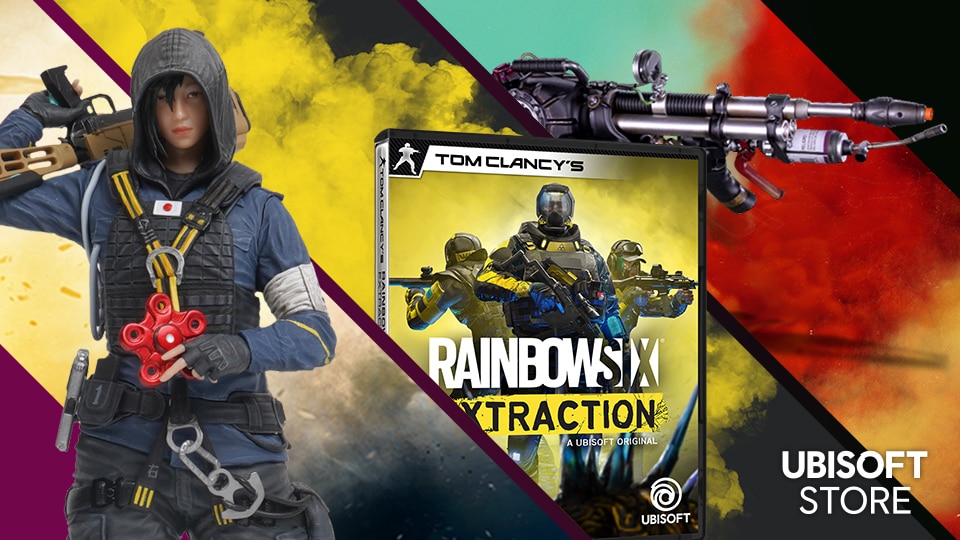 Ubisoft Forward may be over, but the excitement is just beginning with games like Rainbow Six Extraction and Far Cry 6, and the Rocksmith+ subscription service only a few months away. If you’re counting the days until you can headshot Archæans with friends, learn how to play guitar, or are just longing to stare into the eyes of Giancarlo Esposito, then we have good news for you as you can pre-order both Rainbow Six Extraction and Far Cry 6 and register to test Rocksmith+ as early as possible. Of course, there’s plenty of new physical goods to place on your desk, mantle, walls, or physical body. Read on for a breakdown of what’s new at the Ubisoft Store. 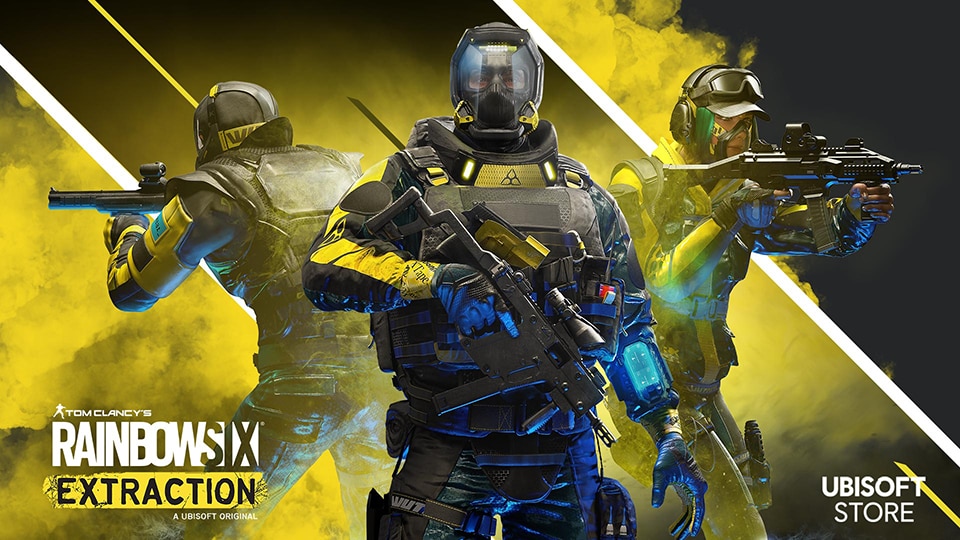 Rainbow Six Extraction, formerly known as Rainbow Six Quarantine, will introduce tactical co-op PvE against a deadly alien threat when the game launches on September 16. With development being led by Ubisoft Montreal, Rainbow Six Extraction puts a new spin on the classic Rainbow Six gameplay where you and up to two other players can form a squad composed of Rainbow Six Operators who have joined Ash, Mira, and Thermite to form the Rainbow Exogenous Analysis and Containment Team (REACT). 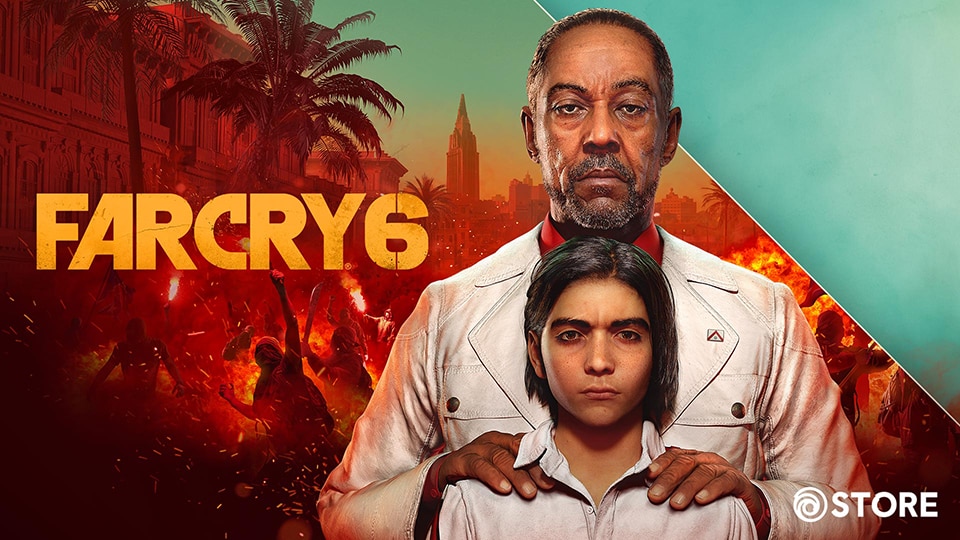 Far Cry 6 throws you headfirst into a revolution on the fictional Caribbean island of Yara, ruled by a corrupt dictator, Antón Castillo (played by Giancarlo Esposito). As Dani, you’ll join the revolutionary group Libertad, and face off against an overwhelming opponent, utilizing new customizable “resolver” weapons, stat-changing gear, and fearsome animal companions called Amigos. If a wiener dog named Chorizo doesn’t get you on board, maybe the newly announced Season Pass will do the trick.

Far Cry 3, Far Cry 4, and Far Cry 5 introduced Far Cry fans to Vaas Montenegro, Pagan Min, and Joseph Seed, three villains that made their marks on the series. In the Far Cry 6 Season Pass, you’ll step into the shoes of these madmen. In each of the three DLC Episodes included in the Season Pass, you’ll play as one of these major antagonists as you delve inside their minds to uncover their backstories, encounter familiar faces, and find out what it’s like to become the villain. Players who purchase the Gold, Ultimate, or Collector’s Edition of the game will automatically get the Season Pass , a SteelBook case with alternate art, an art book, exclusive in-game items, and a flamethrower replica.

If you’ve been wanting more Rocksmith or have yet to pick up that guitar you’ve been meaning to practice, get ready to start your musical journey. Rocksmith+, a new subscription service that teaches users how to play electric and acoustic guitar and bass through their favorite songs, will be available this Summer on PC, Fall on console, and to be announced timing on mobile. Register now for a chance to participate in the PC Closed Beta.

Register for the Closed Beta

In-game photo modes in games like Assassin’s Creed Valhalla and Immortals Fenyx Rising allow players to pause the game in an instant and arrange a photographic masterpiece in a matter of seconds. While they’ve made for amazing desktop wallpapers and phone backgrounds, it’s now easier than ever to turn your digital photography into a real-life physical print. At last, I finally have something to do with the 276 photos of Eivor’s raven, Synin.

Currently only compatible with Assassin’s Creed Valhalla, Odyssey, Origins, and Immortals Fenyx Rising, the new Photo Mode feature at the Ubisoft Store allows you to select one of your own (or a friend’s) photo mode photos, personalize it to your liking, and apply it to postcards, art blocks, metal prints, canvases, phone cases, mugs, and more. 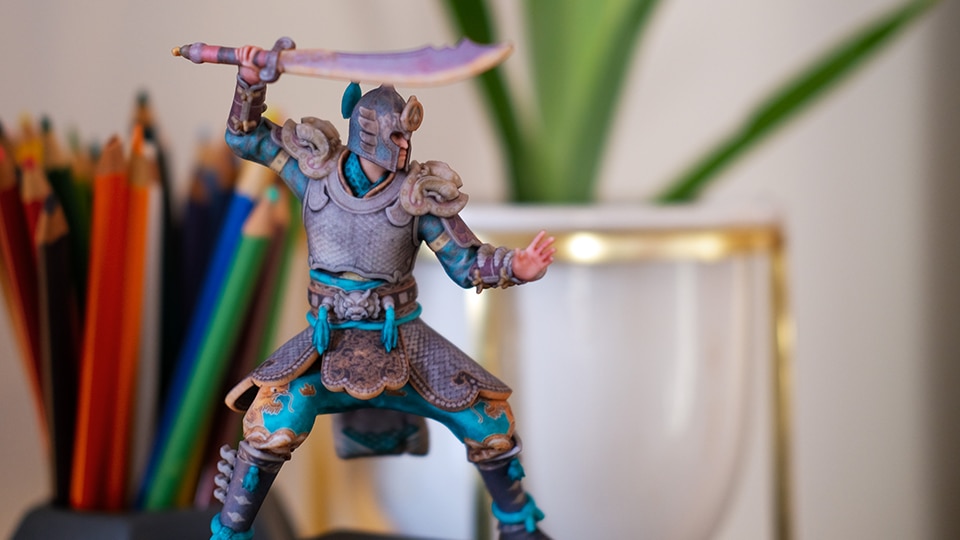 While you’re in the Ubisoft Store customizing your next phone case, hop over to the For Honor custom figure creator and make your own personalized figurine. Five Heroes are currently available: Warden, Kensei, Raider, Tiandi, and Warmonger. The figures come in a variety of sizes, and players can customize their Heroes’ look, including armor, ornaments, weapon parts, pose, and even base. 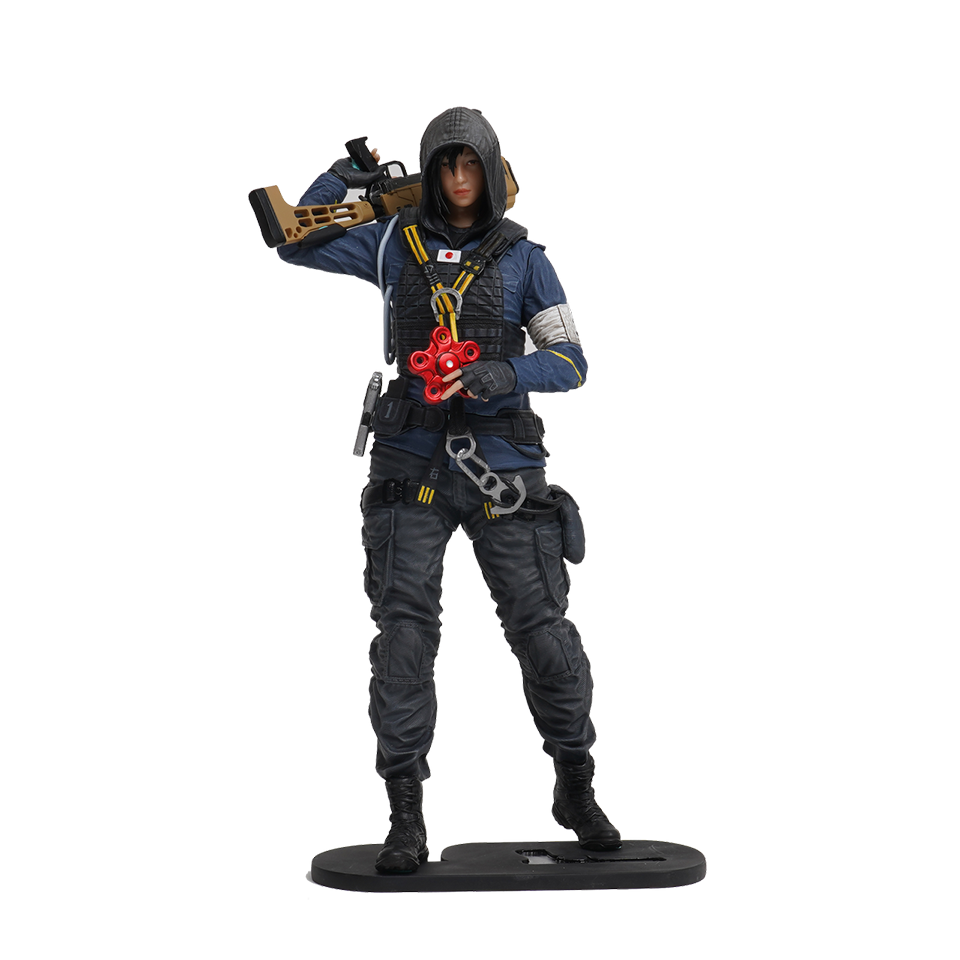 The first Ubicollectible realistic figurine inspired by Rainbow Six Siege features the game’s second hard-breacher posing with her iconic X-KAIROS launcher and stands at 25cm/10” tall. Not only do you get to show off the detailed figure in your home, but thanks to the accompanying code that unlocks an exclusive weapon skin, you can brag about it to all your in-game friends as well. 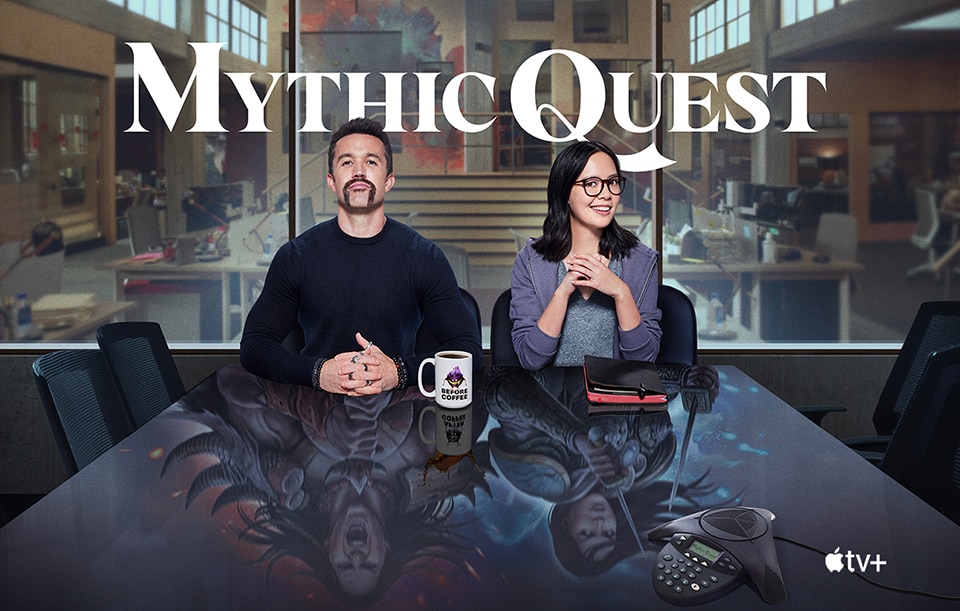 Fans of the Apple TV+ exclusive, “Mythic Quest”, can rep the show’s unique brand of comedy with a brand-new line of apparel inspired by Season 2. The subtle designs of items like the Everlight hoodie and Believe in the Light T-shirt offer an understated look while the Fireball and Huzzah T-shirts are the best way to figure out exactly who else is in on the joke with you.