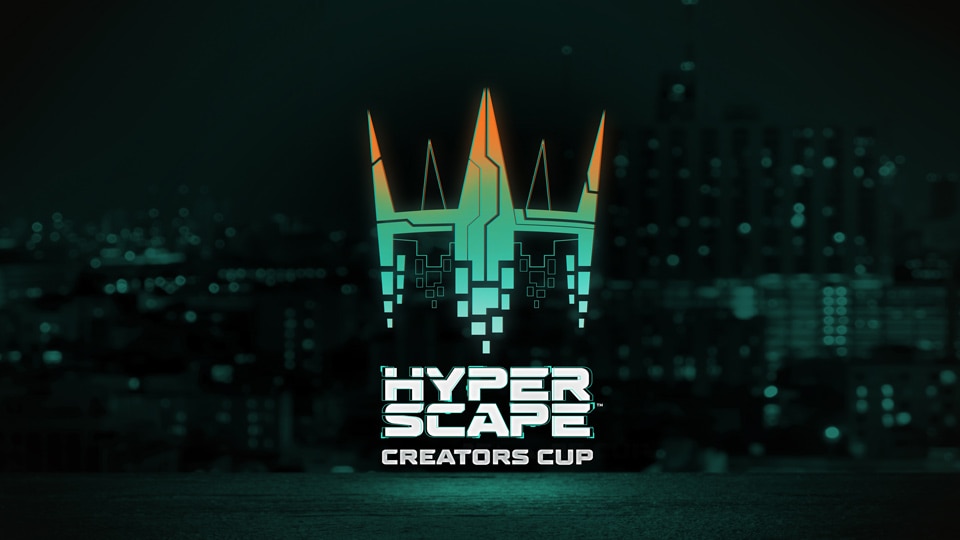 The Hyper Scape Creators Cup invited 26 team captains to battle it out on the virtual streets of Neo-Arcadia over three weeks of competition, and now that the dust has settled, the champions have been crowned. Team Luuap N Friends (Luuap, AverageAden, and Soar_Daltoosh) took the top prize, netting $20,000 for their outstanding performance in the free-to-play battle royale. Team TAK, led by captain KP5ive, came in second, with Team Chicken Farmers, led by Pengu, coming in third. Here’s a full breakdown of the top five teams and their share of the winnings. 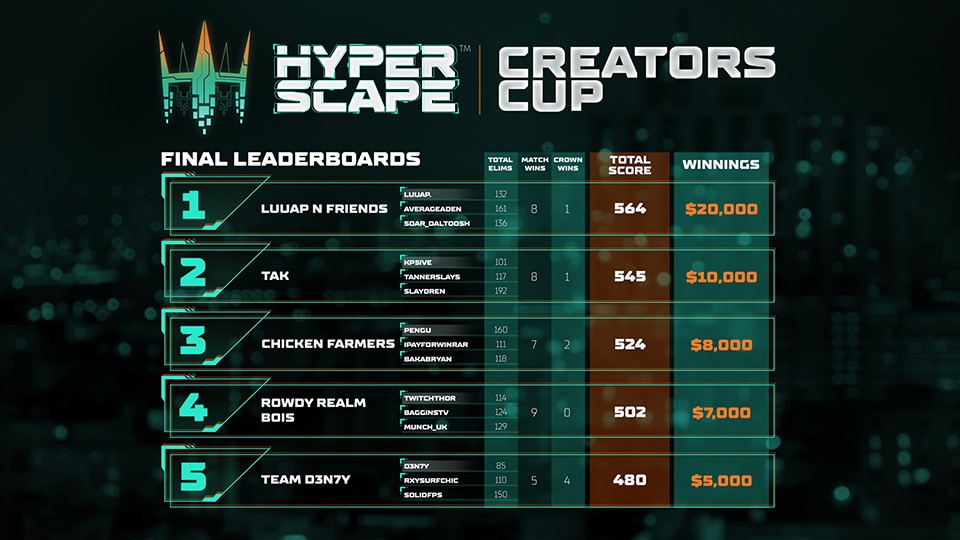 Season One of Hyper Scape is out now on PC, Xbox One, and PS4. Seek out new memory shards, try out the new weapon and new hack, and progress through the free or premium Battle Pass by playing the game or watching Twitch streams with the Crowncast extension enabled. And for more Hyper Scape coverage, check out our Hyper Scape news hub.