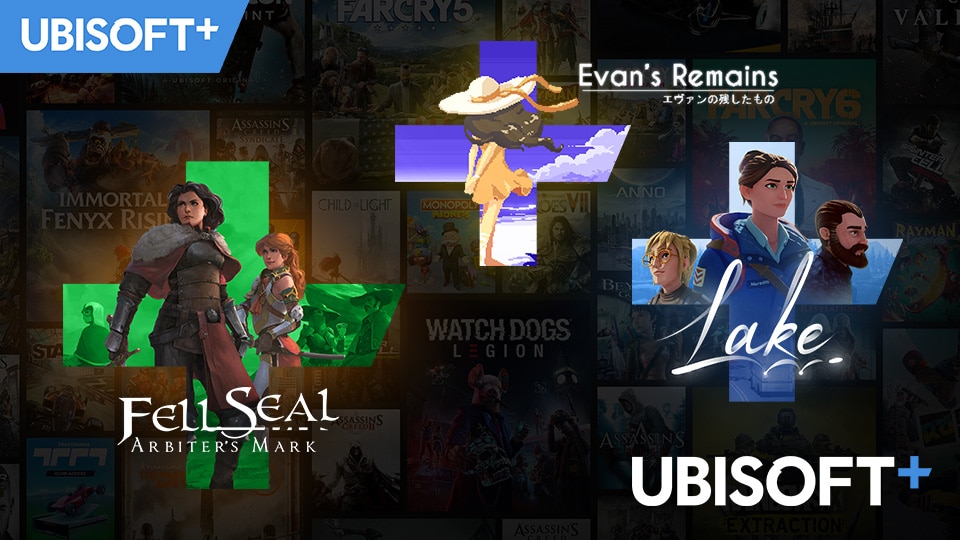 Indies are coming to Ubisoft! A curated selection of indie games is now available on Ubisoft+ and for purchase through the Ubisoft Store, with more coming in the future. Right now, you can play The Last Friend, an arcade game from The Stonebot Studio, A Normal Lost Phone, an interactive fiction game by Accidental Queens, as well as Nyamyam's Astrologaster, Maitan69's Evan's Remains, 6 Eyes Studio's Fell Seal: Arbiter's Mark and Gamious' Lake.

"We've selected those games as our first lineup as they pave the way for what we want our indie selection to be: gems both from acclaimed and promising studios, some of them already awarded, and bringing some fresh new experiences to our overall catalog," said Alexia Brumé, Director of Branding and Content at Ubisoft.
The initiative is a new adventure for Ubisoft+, which will evolve as time goes on. "Our mindset is to stay agile and listen to what our players want, as well as keep surprising them with games we definitely enjoy playing ourselves," said Brumé. "It's a collaboration with multiple internal teams that have one thing in common: being passionate about gaming in general and indies in particular! With that in mind, we plan on rolling out new titles monthly and adapt as the journey goes on."

Ubisoft has had a long-lasting commitment toward the indie ecosystem,  through global and local initiatives supporting innovation in gameplay, game design and technology, and mentoring and funding creative startups. Brumé said this marks the next natural step in that relationship. "We want to offer select indie partners the opportunity to bring their experiences to a new audience and expose our players to stellar new adventures!

We know that Ubisoft+ is a prime gateway to new exciting worlds and broadening that horizon couldn't be done without our indie partners."

The addition of indies arrives at the third anniversary of Ubisoft+, which launched in 2019 with the vision of providing one place to access more than 100 Ubisoft games, from Assassin's Creed classics to gems like Child of Light, to new releases on day one. "We wanted players to be able to experience all our worlds and stories through one subscription," said Brumé. "We originally launched on PC, and soon after expanded to cloud with our partners Stadia and Amazon Luna. Earlier this year we announced that Ubisoft+ is coming to consoles as well as launched Ubisoft+ Classics on PlayStation. It's incredible to look back at this journey and see how far we've come over the past few years."

Looking towards the future, Brumé is excited to diversify the Ubisoft+ catalog even further. "We believe that gaming experiences come in many forms,  and we want our lineup to reflect that. We'll keep working to keep our players entertained and encourage them to try games they wouldn't have discovered otherwise. The future is exciting and we'll craft it listening to our players, starting by welcoming the talent of our indie partners."