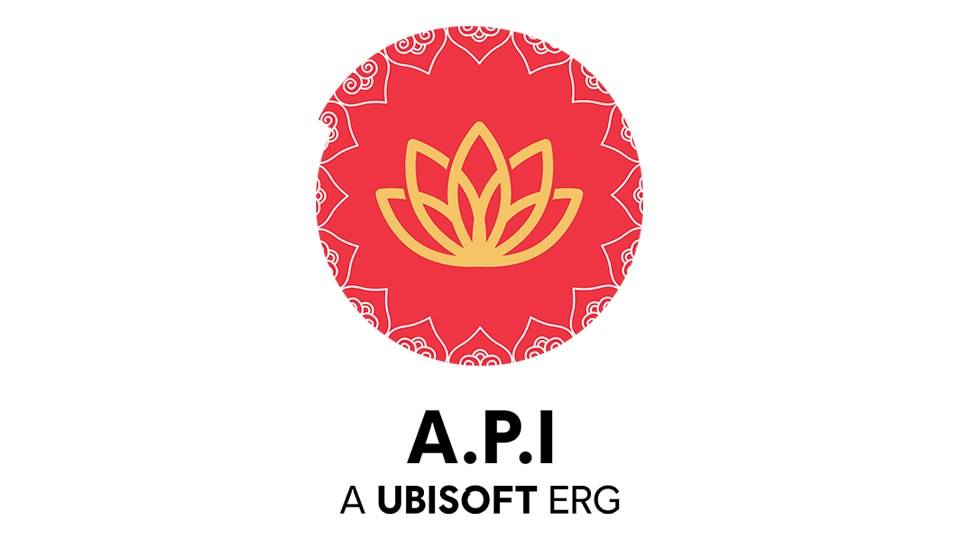 Ubisoft is committed to building a more inclusive workplace, exemplified by the creation of several Employee Resource Groups (ERGs) over the past two years. These groups, led by employees on a volunteer basis, offer programs and support designed to enrich the lives of Ubisoft employees. May is Asian and Pacific Islander Heritage Month, and to celebrate, Ubisoft News spoke with the Global Lead of Ubisoft's Asian & Pacific Islander (API) ERG, Holly Hua (she/her). Hua shed some light on how the group formed, finding inspiration in different forms of media, and growing alongside the ERG. 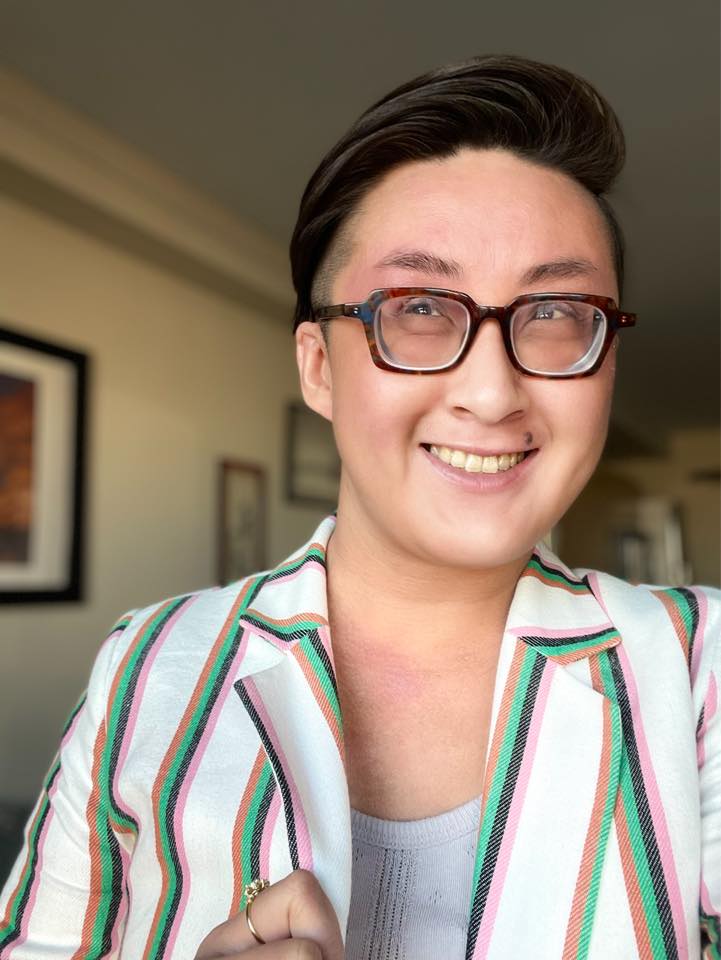 What exactly is your ERG and how did it get started? What are its goals?

Holly Hua: The Asian & Pacific Islander ERG is a community for anyone who identifies as API or is an ally. The goal of the ERG is to advocate for the diverse needs of API within Ubisoft.

Our ERG started in March 2021 during the height of COVID-19, a time when there was a dramatic increase in violence and harassment directed at members of the Asian community. At our request, Ubisoft San Francisco hosted a listening session for employees that identified as Asian or Pacific Islander. It was scheduled in February for March 19, and as we know now, that was just a few days after the Atlanta spa shootings in the United States. The listening session was a cathartic experience for many of us, myself included. It became clear that there were so many of us hurting, and it was the first time we were talking about it out loud and finding solace in other people who understood exactly what we were going through. From there, we were all left with the question: What now? We wanted to keep this community going. So we formed the ERG. We started with a San Francisco chapter, and a Montreal chapter led by Claudia Nguyen has just formed as well!

What sort of programming do you do for members?

HH: Last year, we celebrated Asian and Pacific Islander Heritage Month for the first time, sharing stories from three ERG members: one who co-hosts a podcast speaking about the Asian-American experience called "But Where Are You Really From?;" one who told a personal story about finding her cultural, racial, and ethnic identity; and an interview about career growth with Nao Higo, the vice president of product development at Ubisoft San Francisco.

Since then, we've also marked Lunar New Year, sharing stories of how studios across Ubisoft celebrated. We're planning on more moments to connect, including this year's API Heritage Month speakers who will be talking about allyship and mental health from the Asian perspective. I've gotten help from other API ERG members to put on these events, including Jenny Liu and Chastity Vicencio who are now co-leads of the San Francisco chapter as well!

What role do you see ERGs having at a company like Ubisoft? Why are they necessary?

HH: ERGs allow people to find a sense of community in a place where they spend most of their waking hours. I've recently met some people in-person who were introduced to me by their manager - they told their manager no introductions were needed, because we'd met through virtual API ERG meetings and had already been talking! We work in completely different departments on different projects, and we were able to expand our network when we may not have met otherwise, even though we work in the same office.

Any product a company makes is made better when the people behind it are diverse in a multitude of ways. The more inclusive you are, the more inclusive - and expansive - your audience can be. 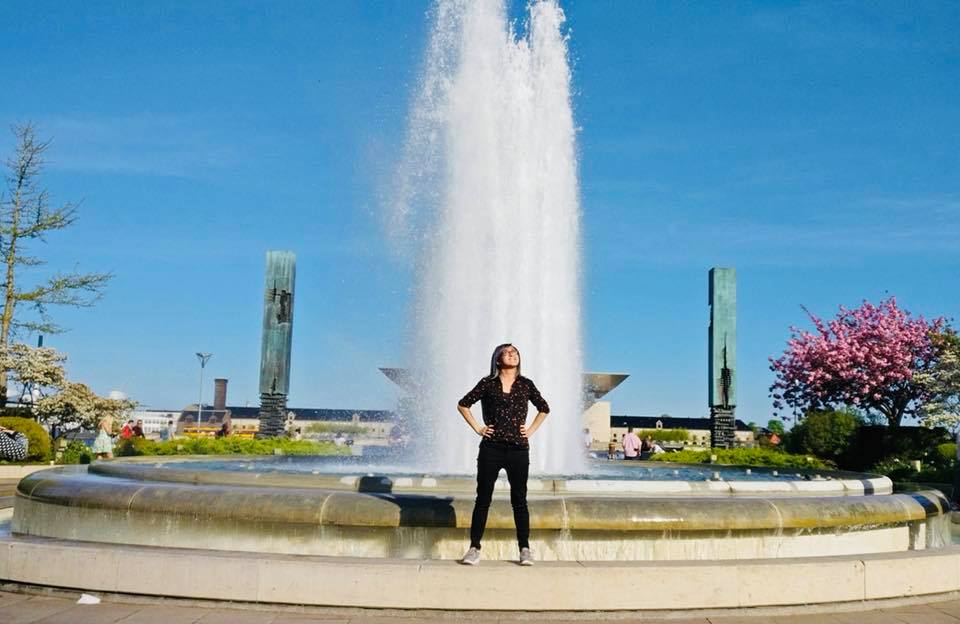 Leading an ERG requires a significant amount of time and effort. Why is it something you wanted to do?

HH: The ERG was in the same spot I was on my diversity and inclusion journey - the beginning - so it seemed like a perfect fit. Global ERGs were new at Ubisoft, and there wasn't a playbook for how to start an ERG. I wanted to get something started to show others that our community is worth investing in - we were experiencing a natural catalyst moment, and I wanted to make it mean something.

It also bears repeating: representation matters. It's something people say a lot, but I think about it this way: One person can show it's possible, but they won't end up needing to do the journey alone. My waking-up point to realizing that was "Crazy Rich Asians." They speak Hokkien in that movie, which is what I speak; I don't speak Mandarin or Cantonese. I didn't know that was missing in mainstream media. The only people I know who also speak Hokkien are my family, and the only other time I've heard it in my life was in that movie. It was just a couple lines, but it was such a weird feeling. I didn't know that was missing from my life, and from mainstream media.

Do you think forming an ERG is about finding people with those types of common experiences?

HH: Yes, because it's all about that sense of community. Going back to the listening session I mentioned, I had a realization of "wow, I've never talked about this before, especially not at work." It took that listening session for me to understand that I could talk about this with other people. For example at the height of AAPI hate, my parents' advice was "don't go outside" to keep yourself safe. What we don't talk about is what to do to change the situation, but instead we talk about how to deal with and survive it. The listening session taught me that there can be a way to bring about positive change. I think many of us weren't taught to find that community, we were taught to assimilate.

How can employees join and what can they expect?

HH: There's a sign-up form, and both members of the API community as well as allies are welcome.

We share news about API representation, volunteer opportunities, and other events we're doing for members! We also meet once a month just to chat and connect.

How does Ubisoft support your ERG?

HH: Our ERG exists because of that first listening session they helped set up, and since then they've been so receptive to our needs.

We've been able to get help in promoting our stories about API Heritage Month and Lunar New Year, and contributed to a few reviews of API content in upcoming games.

We also recently donated a large amount to three nonprofits that specialize in topics our members cared about the most, to work with over the next year: the National Association of Asian American Professionals, the Community Youth Center of San Francisco, and the Asian Mental Health Collective. Their areas of focus include career growth, youth and community advocacy, and mental health, respectively.

What would you like your ERG to accomplish in the future?

HH: I'd love to create support systems and offerings that allow our members to grow and flourish, so that we become an example of how Ubisoft can not only retain diverse talent, but also support their career growth.

We are creating more chapters, so eventually we would like each chapter to be a way for each Ubisoft studio to engage their local API communities as well. I'd also love to see our ERG support and lead positive examples of representation in the videogame industry, as well as within our videogames.

For more about ERGs at Ubisoft, be sure to check out this interview with the leads of the Salaam ERG, Neurodiversity ERG, Black Employees at Ubisoft (B.E.A.U.) ERG, and Women and Non-binary ERG.