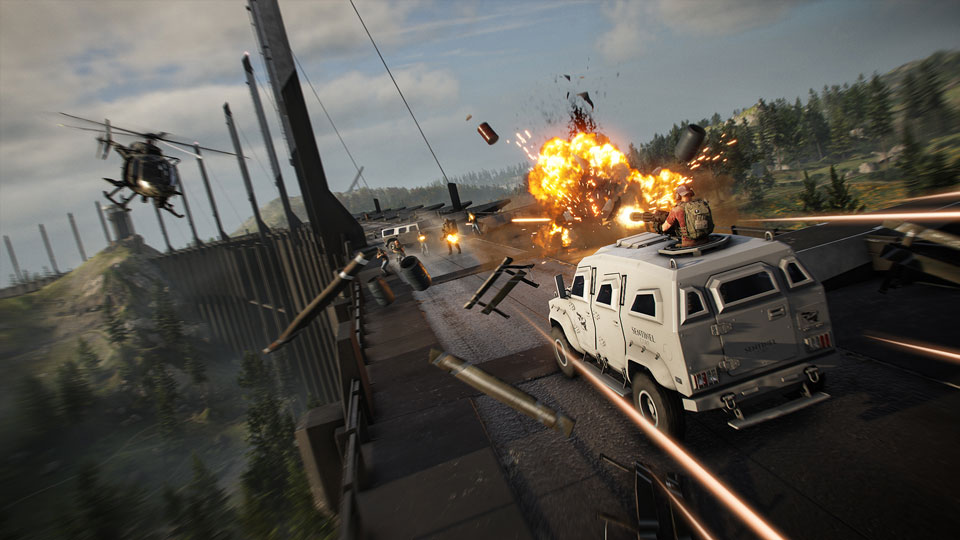 Title Update 3.0 is coming to Ghost Recon Breakpoint on September 15. The update will introduce a number of new features, among them a whole new adventure called Red Patriot. Red Patriot begins with Trey Stone asking a Russian separatist group and their agents, the Bodarks, to initiate attacks in the United States. Naturally, Nomad and the Ghosts will try to put a stop to these plans, and over the course of Red Patriot, players will engage in a branching storyline with optional mission objectives that encourage a variety of playstyles.

A new class is also joining the Ghosts in the update. Called the Pathfinder, this class can control an Azraёl drone via their Armaros Interface ability. Additionally, the Pathfinder has a special tool called the Uplink Protocol, which refills their skill gauge (but is only found in hidden tactical caches). The passive skills at the Pathfinder’s disposal include Tactical Cache Identification (which highlights caches), Scout Vision (allows for white-hot thermal vision), and Wild Metabolism (rations last longer and are more powerful).

Finally, Ghost War PvP will get a new map, three new missions, and the Pathfinder adaptation, which will add three milestone missions and two exclusive rewards for completing achievements.

All Ghost Recon Breakpoint players will get access to two free Red Patriot missions, while Year 1 Pass owners will have access to all 10 missions. Completing all missions will unlock 26 high-quality rewards. Ghost Recon Breakpoint is out now on Xbox One, PS4, PC, Stadia, and UPLAY+. For more information on the game, check out our previous coverage.