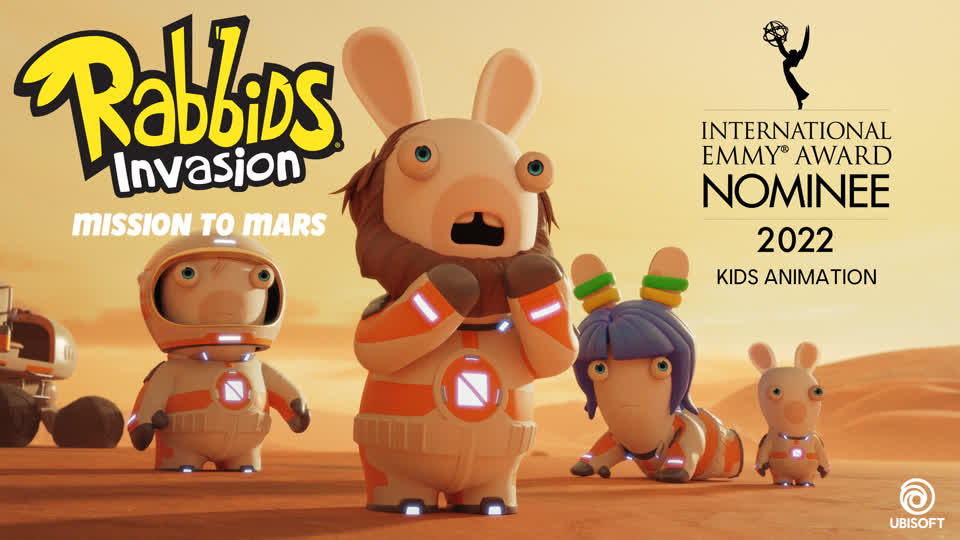 "Rabbids Invasion: Mission to Mars," the Netflix TV special that premiered in February, received an International Emmys nomination in the Kids Animation category. Other nominees in that category include "Dapinty, A Musical Adventure" by Silverwolf Studios, "To Your Eternity" by NHK, and "Shaun the Sheep: Flight Before Christmas" by Netflix. The International Emmys award ceremony is set to take place on November 21 in New York.

Written by Howard Read and Arnaud Bouron, and directed by Franz Kirchner, "Rabbids Invasion: Mission to Mars" is about an intergalactic mission that doesn't quite go as planned. Nebulous Industries needs the indestructible Rabbids to travel to Mars, and the team they end up with - Beardie, a genius; Disco, the queen of the dancefloor; Cosmo, the insecure pilot; and Mini, the adorable tiny Rabbid - must learn to work together and face an alien threat like they've never seen before.

You can watch "Rabbids Invasion: Mission to Mars" on Netflix today, and learn more about Ubisoft's upcoming mobile games produced in partnership with the streaming platform. For more on Ubisoft Film & Television, stay tuned to our dedicated news hub.