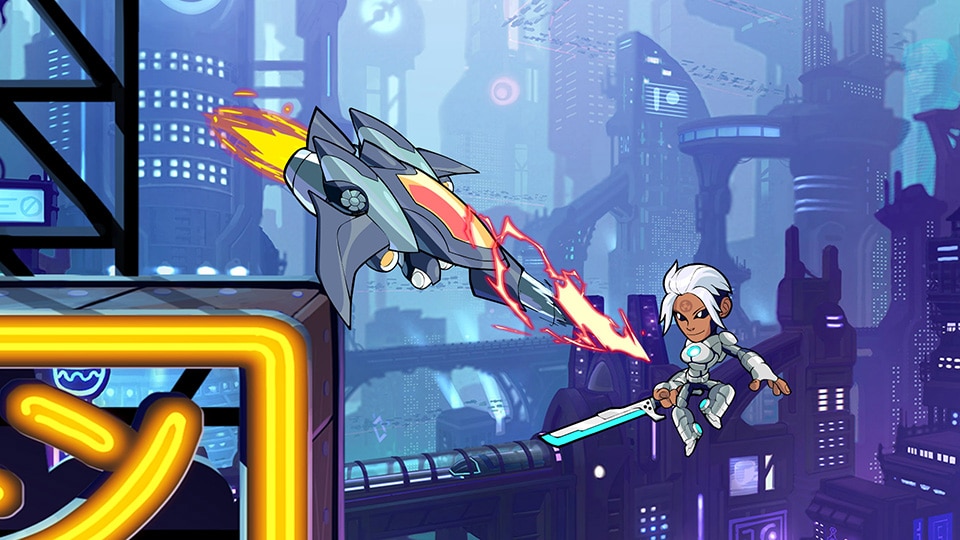 Brawlhalla Coming To Mobile In 2020

Brawlhalla is coming to mobile platforms in 2020, bringing its unique blend of free-to-play platform fighting action – which boasts more than 30 million players worldwide – to iOS and Android. Announced at the Brawlhalla World Championship in Atlanta, the mobile version will feature co-op and competitive cross-play with other platforms at launch.

Brawlhalla features an ever-growing roster of 47 Legends, including Epic Crossover fighters like Hellboy, Adventure Time's Finn and Jake, and eight WWE Superstars including The Rock, John Cena, Becky Lynch, and The Undertaker. Players can dive into a wide range of single-player and co-op modes – including the ever-changing Brawl of the Week mode, and modes less focused on fighting, like Brawlball and Bombsketball – as well as online and local competitions.

If you want a chance to be among the first to play Brawlhalla on mobile, you can sign up now at Brawlhalla.com/mobile. While you wait, Brawlhalla is available now and free to play on PS4, Xbox One, Switch, and PC. For more on Brawlhalla, check out our previous coverage.