My name is Hanin, I am a French cis woman of Palestinian descent. I was born and raised in France, in the suburbs of Paris, where I spent most of my life before moving to Barcelona.

Growing up, I remember how hard it was for me to identify with the characters or people that I saw on TV. In France, when I was a kid, people of Arab descent were portrayed in a quite negative way: thieves, liars, barbarians, tyrants, or lately, terrorists. We come across as being quite aggressive when represented in movies or TV. Arab women in particular are often represented as completely submissive (to their father, husband, or brothers – men in general), or hysterical. There was no in-between. 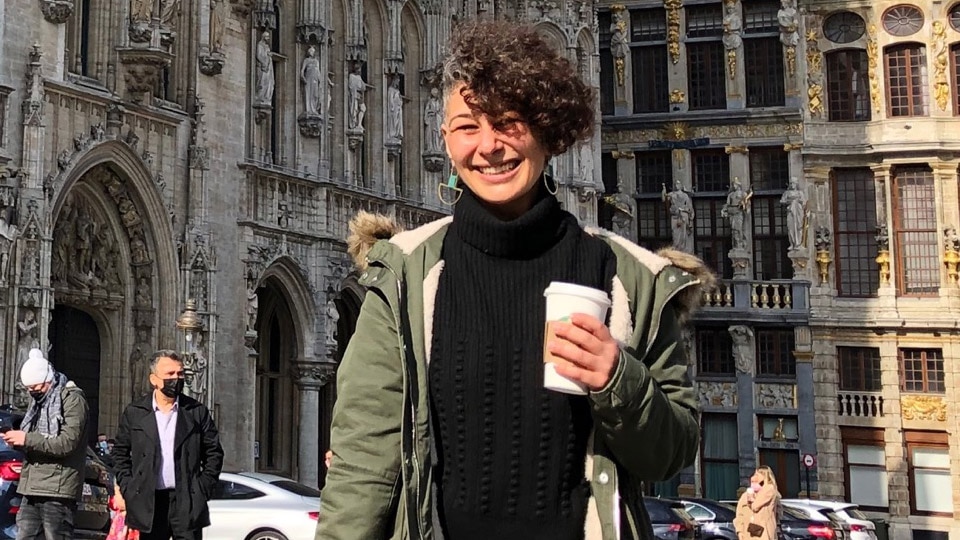 When it came to topics that are important to me in my daily life – my concerns, my emotions, my experience of racism, and the consequences to my self-esteem – none were ever reflected in mainstream media. I felt it was a non-topic. The lack of references for a French woman of foreign descent made me feel invisible, lonely, isolated, and unimportant, since my point of view was never interesting enough to be portrayed on screen.

The only place I always felt understood was music, especially rap music, where French people of different ethnic backgrounds are more represented. Topics such as racism, gaslighting, denial of our emotions; the dilemma between wanting to stand up for who we are and wanting to be accepted in the country we are born in. All of those topics that are so important to me on a daily basis (because I am – whether I like it or not – perceived through this lens) are very present in rap music. That’s why I have a real connection to it, even though women are still underrepresented in that art, too.

When France won the World Cup in 1998, it coincided with the beginning of a pride of being a country with diverse ethnic backgrounds, as the national football team was dubbed “Black, Blanc, Beur” (Black, White, Arab). But this faded back quickly into the stereotypes mentioned above.

That being said, I do have hope, as I feel things are changing now. Diversity is finally on the table. For many of us, it’s a relief to be able to talk about this, about our experience, but most importantly to have people – whatever their gender or origins – listen to our stories.

Most recently, I can finally identify with Sabrina Ouazani, who appears on the Netflix show “Plan Coeur” and the Canal+ show “Validé.” She portrays different characters I can definitely identify with. The characters have become more complex than they used to be. In her case, the topic of her being of different origins is not even mentioned, making it something normal; it’s just part of who she is, no matter her character. 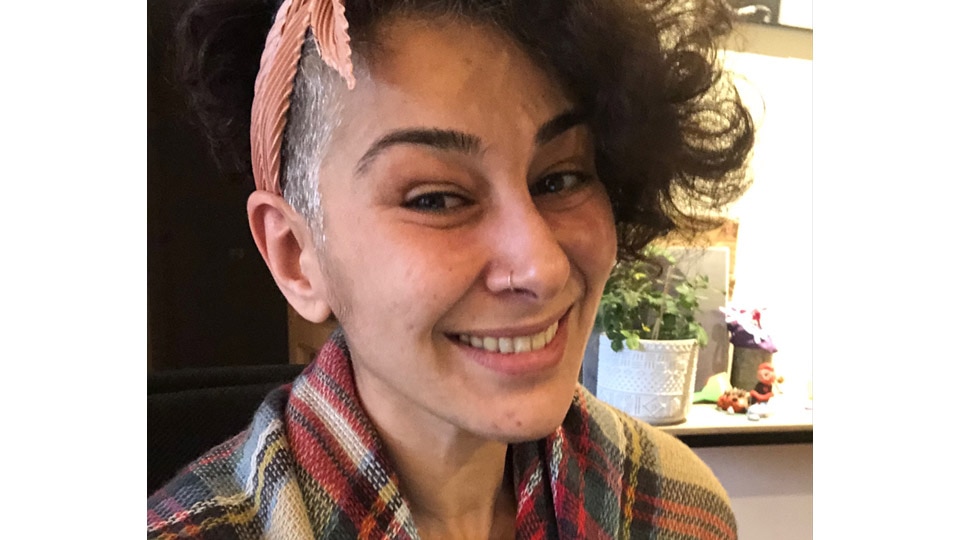 The characters she chooses to play are strong women, extremely independent, with very direct personalities. They swear, they take up a lot of space, they laugh loudly, they have two cultures, and they have a good heart, even if they are sometimes clumsy. They have feelings, dreams, and fears. They go against the types of female characters I am used to seeing, the type I grew up with. They are closer to the woman I am. The fact that she is unapologetic about who she is makes her truly shine on screen. Seeing a woman of Arabic descent have a successful acting career makes me feel legitimate as a French Arab woman – I can be successful too. Who I am is not an obstacle to success.

I’ve also noticed that some mainstream channels made a special effort to promote diversity, whether through their staff, or thanks to the stories they choose to tell. M6 News has two main hosts: a white man and a black woman. They interview a lot of women experts when compared to other news. They also make sure they portray the diversity of our country in the news they choose to cover. A couple of weeks ago, they chose to feature, as their headline, a story about two twin brothers, Black French, who saved an 80-year old man from drowning. They always find some news that contributes to the dismantling of the stereotypes minorities are associated with on the news – violence, poverty, criminality, radicalization, etc. And this warms my heart.

New podcasts like “Kiffe ta Race” by Rokhaya Diallo and Grace Ly, both French of foreign descent, specifically target topics related to race without any form of taboo or censorship (and which I highly recommend). Topics such as challenges for non-white women in the workplace, sexual representations linked to colonial fantasies, racism towards Asian people since the COVID crisis, the importance of diversity in the media, and more. Topics I have never heard discussed anywhere else – by women who lived it, and not just white men debating over how we feel/should feel, our life choices, our freedoms. Being able to find a podcast that not only discusses those topics and brings them to light, but also invites very relevant advocates of diversity and inclusion – a wide range of experts of all origins and religion – makes me feel safe. Safe because I don’t feel like I am the one misinterpreting my own experiences. Safe because, for the first time, the way I feel is not only not challenged, but it’s heard, and it’s shared. It’s thanks to media like this that I feel I can be proud of who I am today.

The development of social media, and the numerous accounts that support diversity and change, also give me hope for the future. The racist status quo needs to change; the psychological effects on people is too high a price to pay. 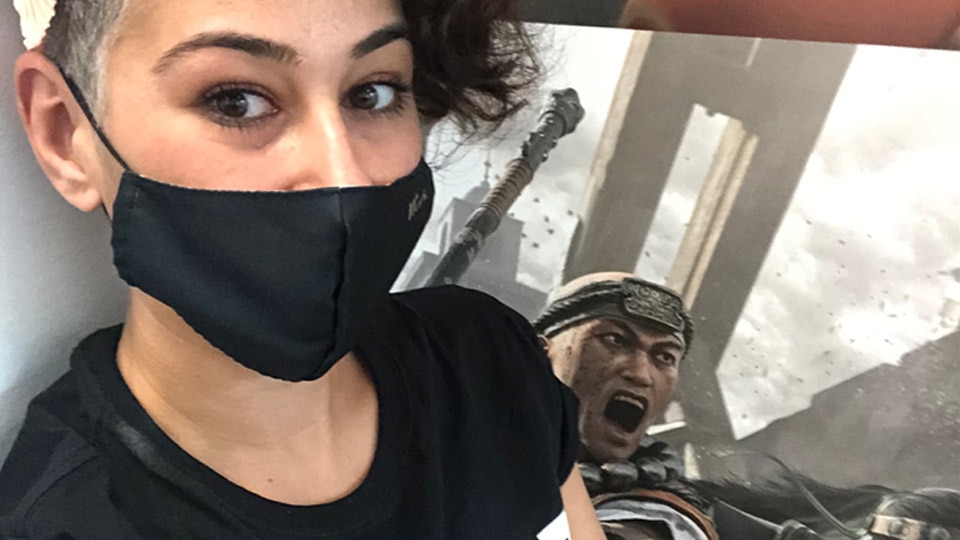 To conclude, I’d like to underline why this is important to me. Many times, I have felt like I didn’t belong in my own country: France. I felt like I had to work twice as hard to “earn” my place, even though this is where I was born and raised. When I succeed, people often remind me that my success is mostly due to the opportunities France gave me, not my own efforts, work, or talent. When I fail, it’s because of my culture. When this is what you grow up hearing, you end up believing it. It does affect your self-esteem, your belief in yourself, and ultimately, your own success. But when you can see models that you can identify with, when you have access on mainstream media to experiences like your own, and when you see people like you succeed, then it gives you hope.

Representations are extremely important, as they subconsciously condition our behaviors and beliefs as a society. As a Ubisoft employee, I believe part of my mission is to make sure that players and individuals like me do not feel alienated when they experience our games and universes. I want them to feel represented, like I wasn’t. I believe we can change the status quo and the way people are represented, the space that they take, inside our games. I believe we can (and should!) make sure that anyone who gets in touch with our brand has the experience of feeling safe. A feeling of trust, which will bring a feeling of joy.