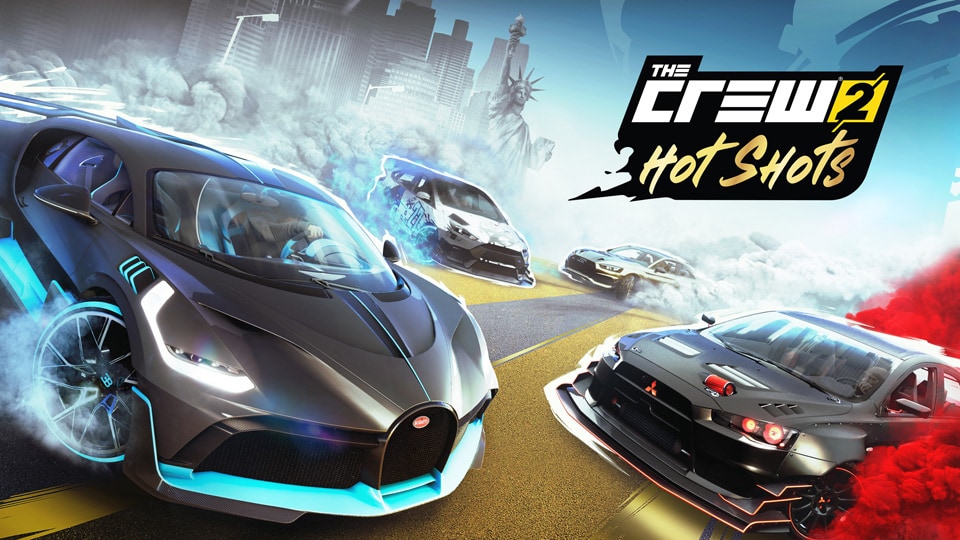 The Crew 2's third free major update, titled Hot Shots, brings back the Live Summit weekly competition that lets players take on nine different PvE challenges all over the open-world map, spanning multiple motorsport disciplines like Street Racing and the recently added Demolition Derby. Each summit has a unique theme that will affect the challenges, gameplay modifiers, and vehicle restrictions. At the end of the week, players will earn exclusive rewards based on their final leaderboard rank. As each month ends, the stakes ramp up to give players the opportunity to compete in a Live Summit for the chance to earn a special edition vehicle. To compete in Live Summits, players need to be at least ICON Level 1, and can access them through dedicated billboards at all HQs, or directly from the News and Activities menus.

Live Summits aren't the only new thing coming to The Crew 2; Hot Shots will also add new customization items, like colored smoke, custom tires, and text emotes. More than 30 new in-game activities are on the way as well, including new challenges and photo quests. Players can also take advantage of 20 new Skills and a host of gameplay improvements. Additionally, new features like Scrap & Recaliber will be introduced alongside Hot Shots, and will allow you to scrap existing Perf Parts to earn Spare Parts. These Spare Parts can then be used to recaliber and improve affixes on your other Perf Parts. Meanwhile, the Nav Ribbon from The Crew is returning to give you an edge during high-speed races and guide you on cross-country road trips.

If all that wasn't enough, Hot Shots is also making history. The Bugatti Divo comes to The Crew 2 in celebration of its 110th anniversary, and is the first time the iconic car has been featured on consoles and PC. Players can pick up the Divo now as one of six new elite vehicles accessible for all players, which include the Mitsubishi Lancer Evolution X 2014 (Street Race), Chevrolet Corvette ZR1 2009 (Street Race), Lamborghini Egoista (Hypercar), Ferrari 488 Pista (Hypercar), and Acura NSX GT3 (Touring Car).

If you've yet to experience racing across land, air, and sea in The Crew 2, and want to get behind the wheel of that fancy Bugatti Divo, The Crew 2 will be free for all players from April 25-28 on PS4, Xbox One, and PC. Players who decide to purchase The Crew 2 after the free weekend can get the game for up to 70 percent off, and the Season Pass for 50 percent off. Plus, all the progress you make during the free weekend will carry over once you purchase the full game.

For more on The Crew 2, check out our previous coverage.