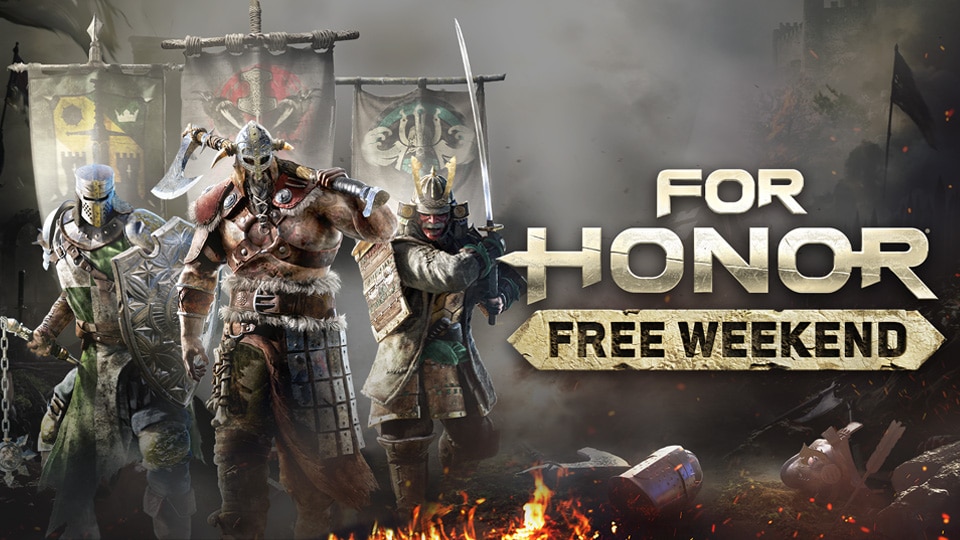 For Honor will be free to download and play on Xbox One, PS4, and PC from July 23-26, giving players the chance to cross swords with Vikings, Samurai, Knights, and Wu Lin across a wide variety of battlefields and game modes. The free weekend is also a chance to check out some of the recent additions of the Year of Reckoning, including a new Battle Pass and a rework for the Centurion.

The free weekend kicks off at 12:01 AM PDT on July 23 for PS4 and Xbox One; at 6:00 AM PDT on PC via Uplay and the Epic Games Store; and at 10:00 AM PDT via Steam. (Pre-load is also available on some platforms; PS4 players can start pre-loading at 12:00 AM PDT on Tuesday, July 21, while PC players on Uplay and Epic can start the download at 9:00 AM PDT.) PS4 and Xbox One players have until 11:59 PM PDT on July 26 to try everything included in the Standard Edition of For Honor, including the campaign and multiplayer modes, while PC players can keep battling until 1:00 PM PDT on July 27.

If you decide you want to keep your momentum going after the free weekend is over, For Honor will be on sale for up to 80% off during the free period, and any progress you make will carry over to the full version should you decide to purchase it. 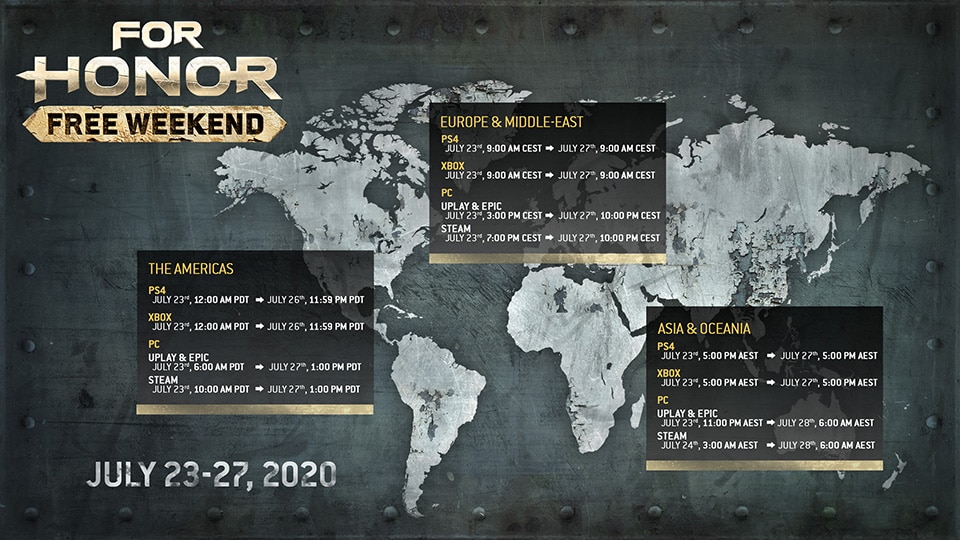 For Honor is available now on PS4, Xbox One, and PC. For more on the game, including details on the new season, Tyranny, check out our previous coverage.