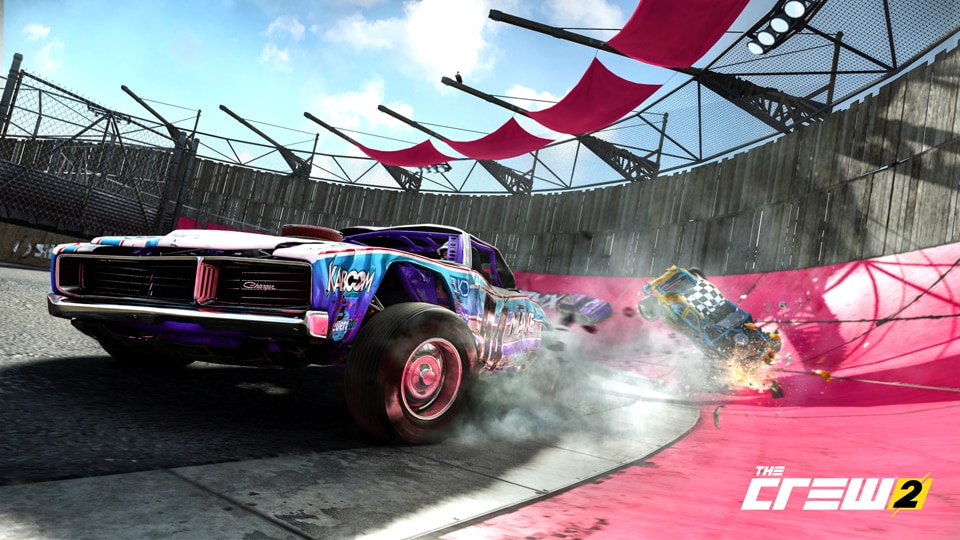 The Crew 2 Gets Free Episodic Content With The Chase

The Crew 2’s motorsports-centric open world is about to branch off in a new direction with The Chase, the first free episode in a new season of content. Introducing a TV-production company called Motorflix, the new seasonal system will recruit players to star in different TV series, with two themed episodes per four-month season.

Unfolding across eight new PvE events (which will unlock gradually beginning November 25), The Chase puts players in the role of a driver for the elite Vault Corp. Interception Unit, and challenges them to destroy cars driven by bank-robbing outlaws before they can escape. The new mode is also playable in co-op, with difficulty that ratchets up according to the number of drivers in your crew.

The Chase also introduces a new feature, Motorpass, which offers 50 tiers of rewards (including exclusive vehicles) for completing Daily and Seasonal Challenges. Each episode will introduce a new Motorpass with free and premium rewards, with the premium Motorpass available for 80,000 Crew Credits. The eight Motorpass events include four themed special events that will give players a chance to unlock more exclusive rewards, and players can also compete for medals in The Chase’s eight new LIVE Summit events.

Twenty-nine new vehicles will also be available to earn or purchase during the new season, including the Lamborghini Veneno Interception Unit 2013 and the Chevrolet C8 Stingray 2020. The Crew 2 will also begin adding a new “Creator” vehicle each season, with each vehicle created by different 3D artists and designers. The first of these is the K.S. Masked Leader 2020, The Chase’s outlaw boss vehicle, which was created by British 3D artist Khyzyl Saleem.

The Crew 2 is available now on Xbox One, PS4, PC, and Stadia, and is playable on Xbox Series X | S and PS5. For more on the game, check out our previous coverage.