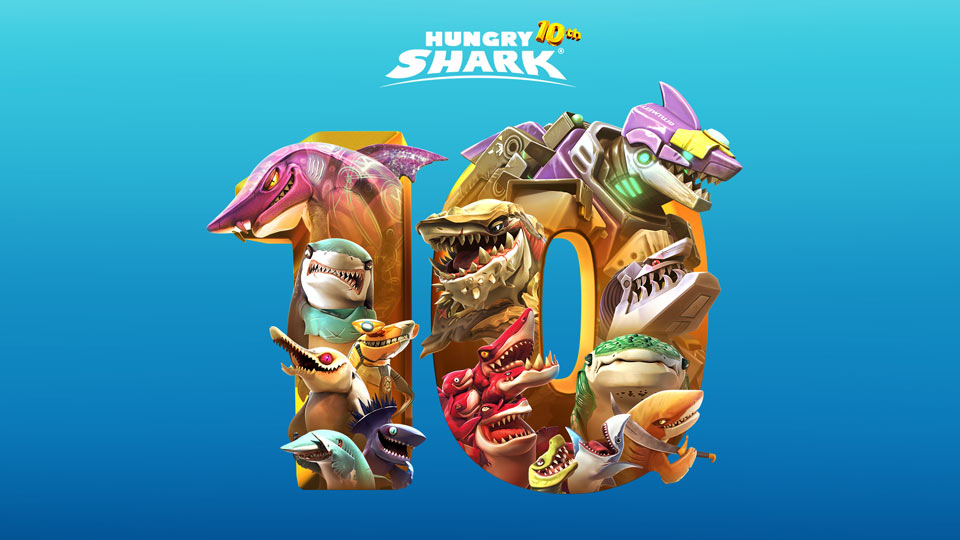 2020 signalled an incredible milestone for the Hungry Shark series as it reached its 10th Anniversary. Over the last ten years Hungry Shark has seen nine titles released, including Hungry Shark VR and Hungry Shark World: Console Edition, with each game having their own unique identity and gameplay.

Over that time, the Hungry Shark games have been downloaded more than a staggering 800 million times worldwide, and if we look at some of the juicy stats for Hungry Shark World alone, the numbers are mind bogglingly big!

Big data deserves a big celebration and Hungry Shark World had a month of birthday events, content and fun both in-game and on social media. One of World’s most ambitious updates to date, the infamous Mecha Sharkjira was unleashed on the game and immediately received cult like status among players.

The Sharks celebrated their birthday in style with brand new animated content including a bouncy castle skit that takes a hilarious turn when Whale gets involved, meanwhile the Sharks also featured in the newest Shark Short instalment with Hammerhead’s latest invention saving the day!

Despite reaching this huge milestone, the Hungry Shark series are looking forward with more big updates planned for 2021 and beyond. Of course, a heartfelt thank you goes out to all of our players and fans for sharing this incredible journey with us!