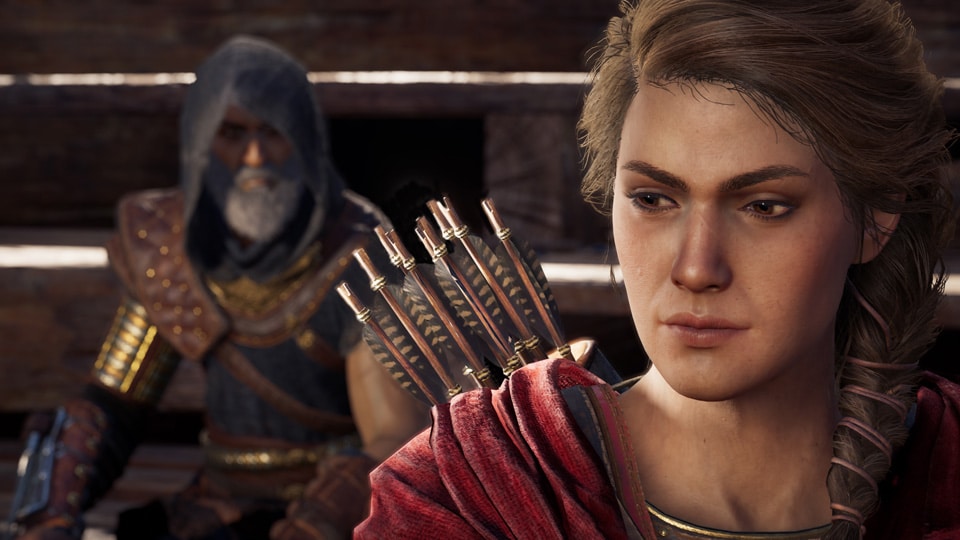 Shadow Heritage, the second episode of the Legacy of the First Blade post-launch story arc for Assassin's Creed Odyssey, is out now on all platforms. Adding a new adventure set amid the shipyards and clifftop fortresses of the Achaia region, it pits Alexios or Kassandra against the naval might of The Tempest, a warlord who plans to dominate the region by wielding a weapon centuries ahead of its time.

Available to players who've finished the first episode, Hunted, and reached at least level 28, Shadow Heritage adds a new Hunter ability, Rapid Fire, which lets players quickly shoot arrows with no reloading for as long as their adrenaline meter holds out. It's also a chance to add a new weapon to the Adrestia: the fearsome Chimera's Breath, a pair of prow-mounted flamethrowers whose plans you'll need to steal out from under The Tempest's nose. For a deeper look at what to expect in Shadow Heritage, see the video above and check out our full preview.