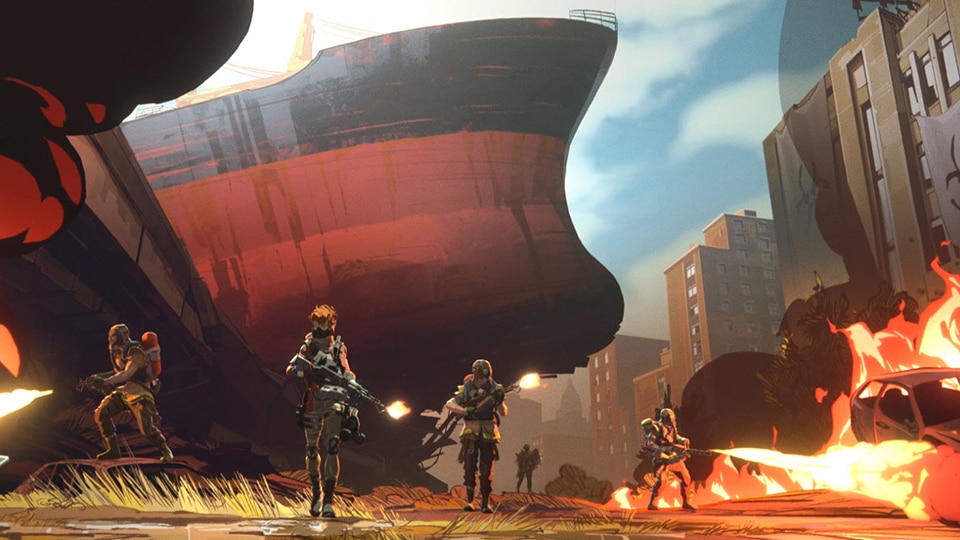 The Warlords of New York expansion is coming to The Division 2 on March 3, sending Agents into the open world of Lower Manhattan in search of Aaron Keener and his 4 lieutenants. Though they are conspiring together, these rogue Agents each have their own motivations and tactics, which are showcased in a new animated short released today.

You can gear up to face these foes by playing The Division 2 during a free weekend running from February 27 to March 2 on PC, Xbox One, and PS4 (Xbox Live Gold or PS Plus subscription required). Any progress you make during the free weekend will carry over if you decide to purchase the full game, which is on sale from now through March 2 for up to 95% off at the Ubisoft Store.

“The Division 2 is an iconic game, but we knew that Ubisoft wanted something different for this video. They were looking for something new.” These are the words of Jean-Charles Kerninon, creative director of Eddy, the production house that created the animated short. He and the team worked to develop a hybrid animation approach to create the distinct visual style, a blend of 2D and 3D animation techniques.

The result let them express the identities of the four lieutenants more vividly, from the blue-tinged tech warren of the hacker, Theo Parnell, to the searing gouts of flame produced by Vivian Conley and her crew of Cleaners. While the opening skirmish featuring heavy weapons specialist and Rikers leader James Dragov was one of the most fun sequences to storyboard, according to Kerninon, the team was also intrigued by the shadowy ex-Black Ops soldier, Javier Kajika.

“We don’t know if it’s a flashback or a projection into the future,” said Kerninon, reflecting on the stark, brutish, black-and-white sequence that plays out when Keener seeks out Kajika. “Is this something that’s already happened, or is this Kajika thinking about what he will do to those people?” Their inspiration for this scene was Kajika’s role as a shadowy, elusive weapon in Keener’s arsenal.

To strengthen the connection between the animated short and the in-game foes you will confront in Warlords of New York, the team was “…really happy to collaborate with the real actors from the game. They already knew their characters, and so they were fast, they were really good, and we were really happy with (how the performances turned out).”