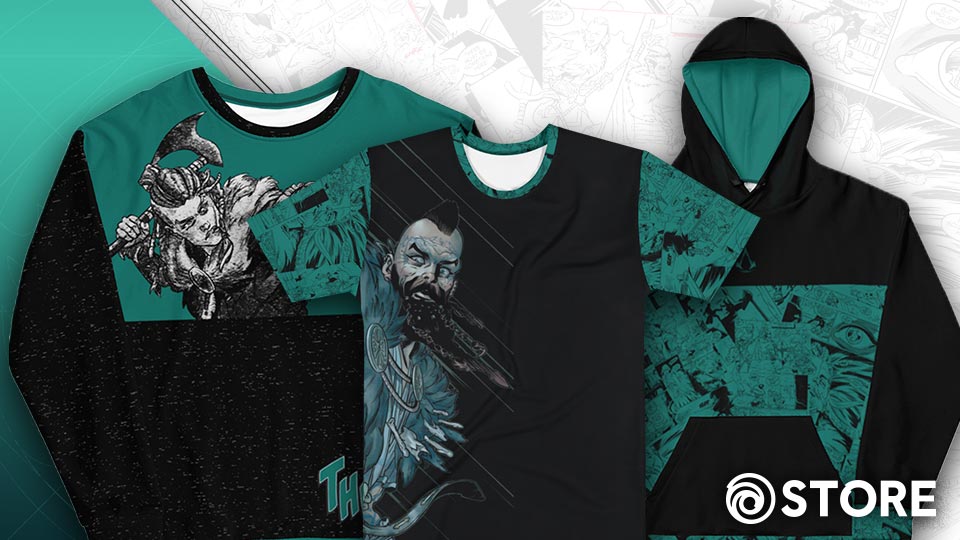 All products featured below are sold at the Ubisoft Store. Items in stock at time of publication. 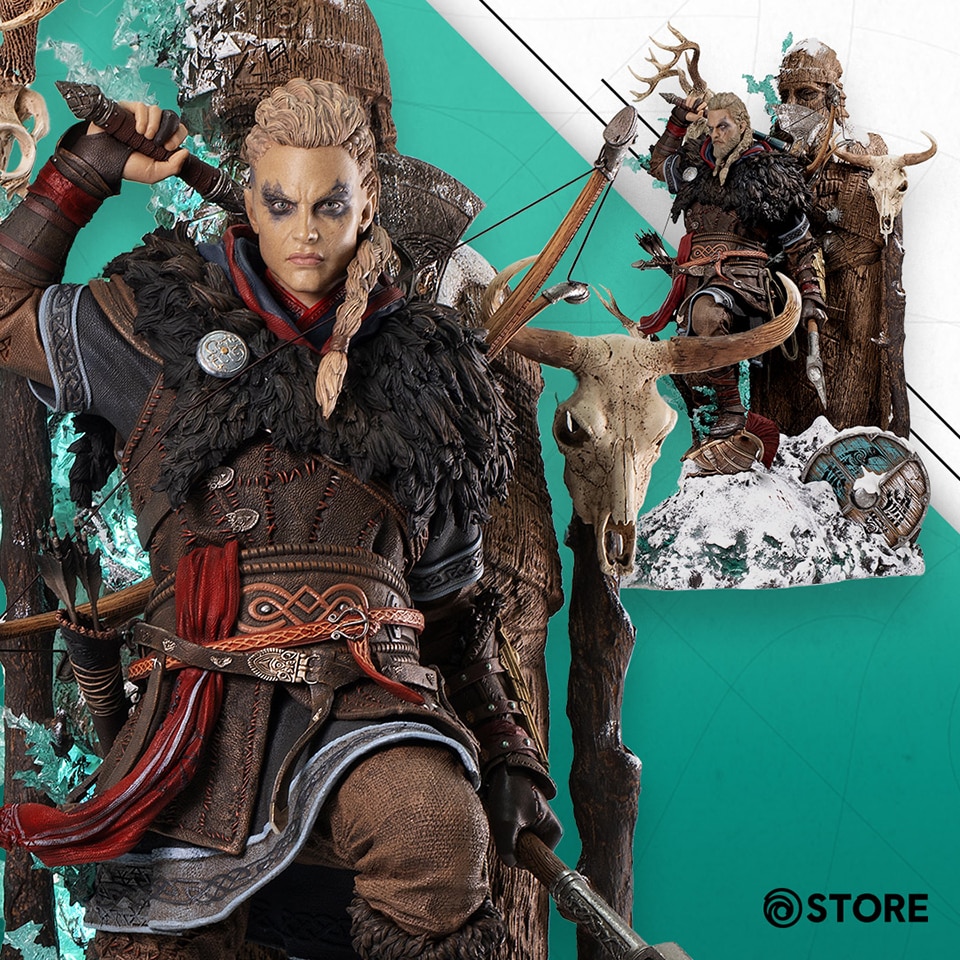 In Assassin’s Creed Valhalla, a drengr is a fierce warrior who has dedicated their life to their lord, and with the Eivor Legendary Figurine, no one will doubt your devotion to the hero of the game. Standing just over two feet tall, this polyresin statue shows Eivor standing before a totem of Odin, an axe in each hand and a warrior’s scowl on each face (it comes with switchable heads for female and male Eivor). Backlit by an LED-infused Animus effect, sprinkled liberally with animal skulls, and boasting a not-so-hidden blade, this figurine will bring that “halls of Valhalla” flair to any modern dwelling. 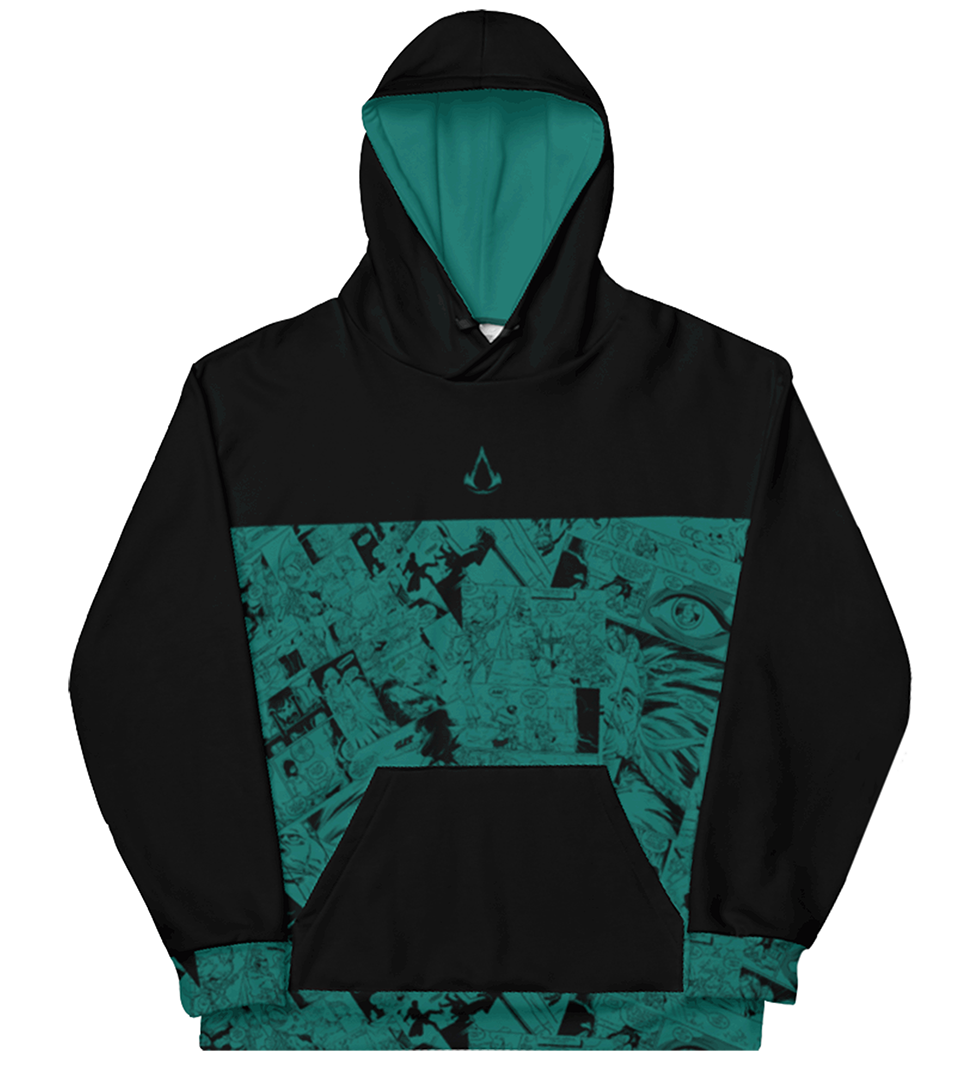 Eivor knows the value of donning a hood to go incognito, but the two stylish hoodie options inspired by Assassin’s Valhalla are not meant to blend in with the crowd. Whether it’s the eye-catching black-and-teal comic flair of the Valhalla Comic Hoodie, or the soothing evergreens and aurora borealis of the Nordic Hoodie, these hoodies are bound to turn heads in any settlement. 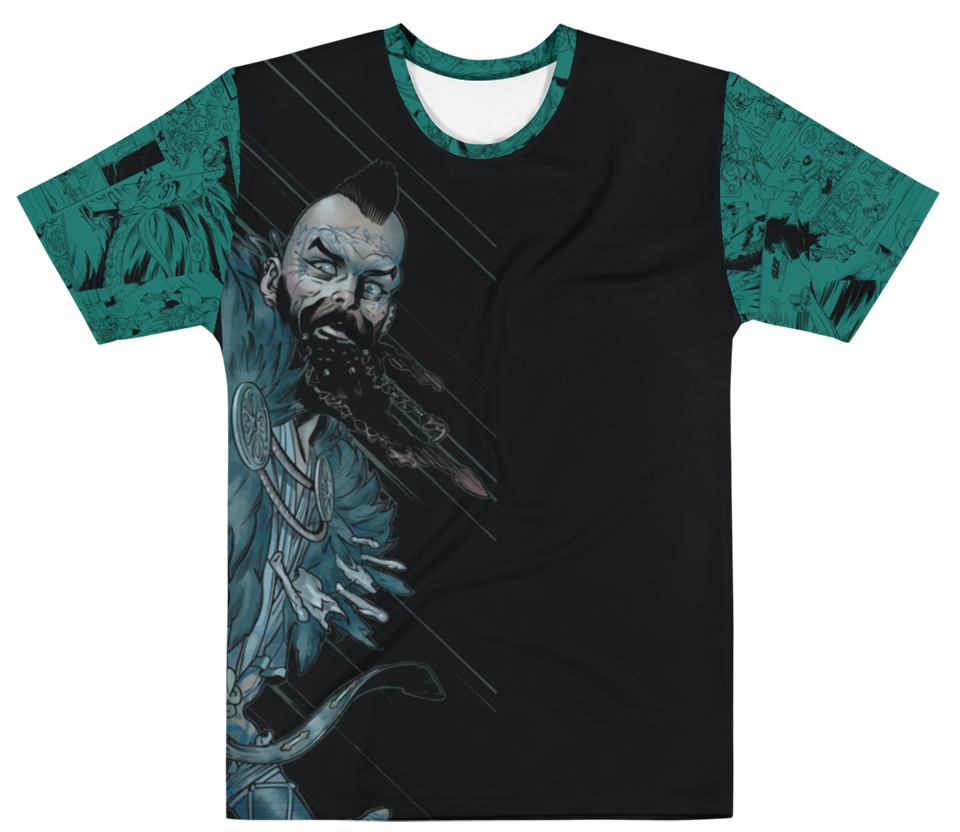 The only two acceptable torso garments in Viking society were sleeveless tanks or full-on bearskin robes. Fortunately, in the years since the Vikings put down roots in England, we have invented casual Fridays. The Valhalla Raid T-shirt is for those who charge into the weekend like they’re gonna steal from it, while the Valhalla Comic T-shirt and the Valhalla Comic Crop Tee let folks know you’ll be spending your days off getting some reading done. And that reading will be about Vikings.

Never Raid with a Full Backpack 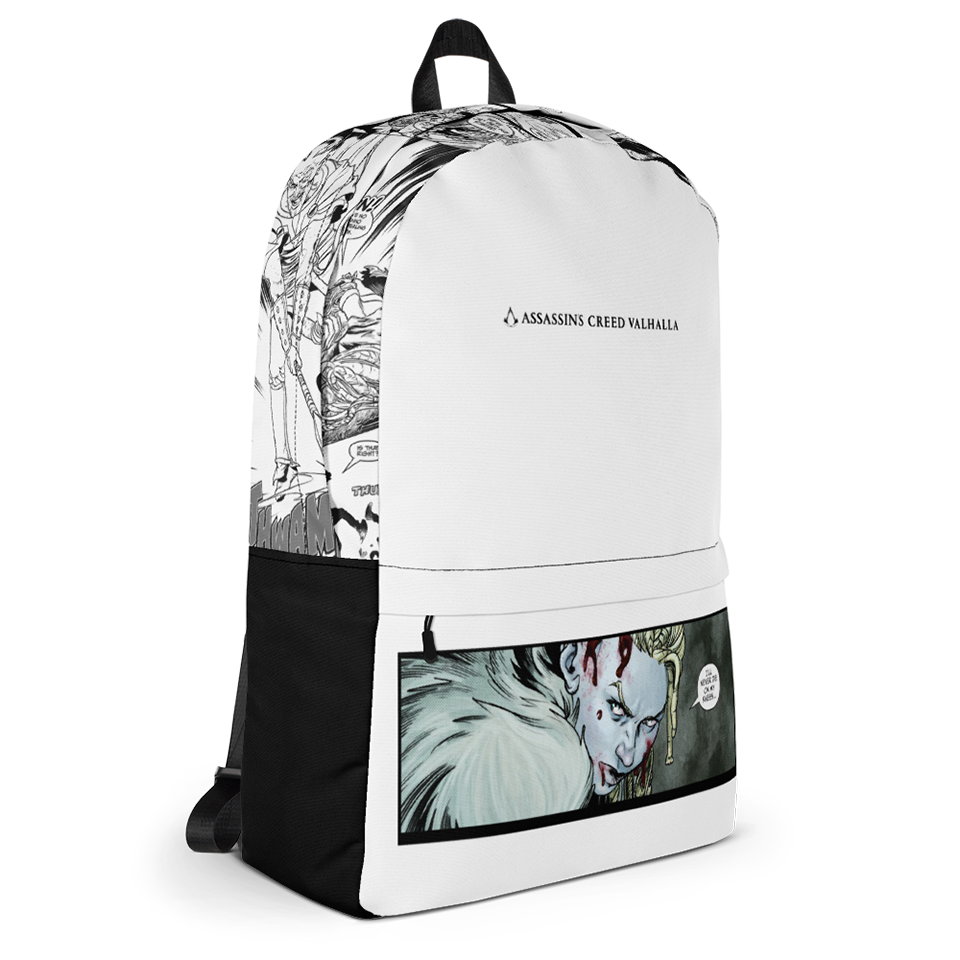 Fun fact: Vikings always raided with backpacks, but the backpacks were empty! How else do you think they carried back all the stuff they looted? While this is almost certainly not true, things might’ve been different if they had access to the Valhalla Comic Backpack. Adorned with a defiant and bloody Eivor, this water-resistant pack has plenty of room inside to store a laptop, snacks, and any other items that you may happen to acquire on your many boat trips. 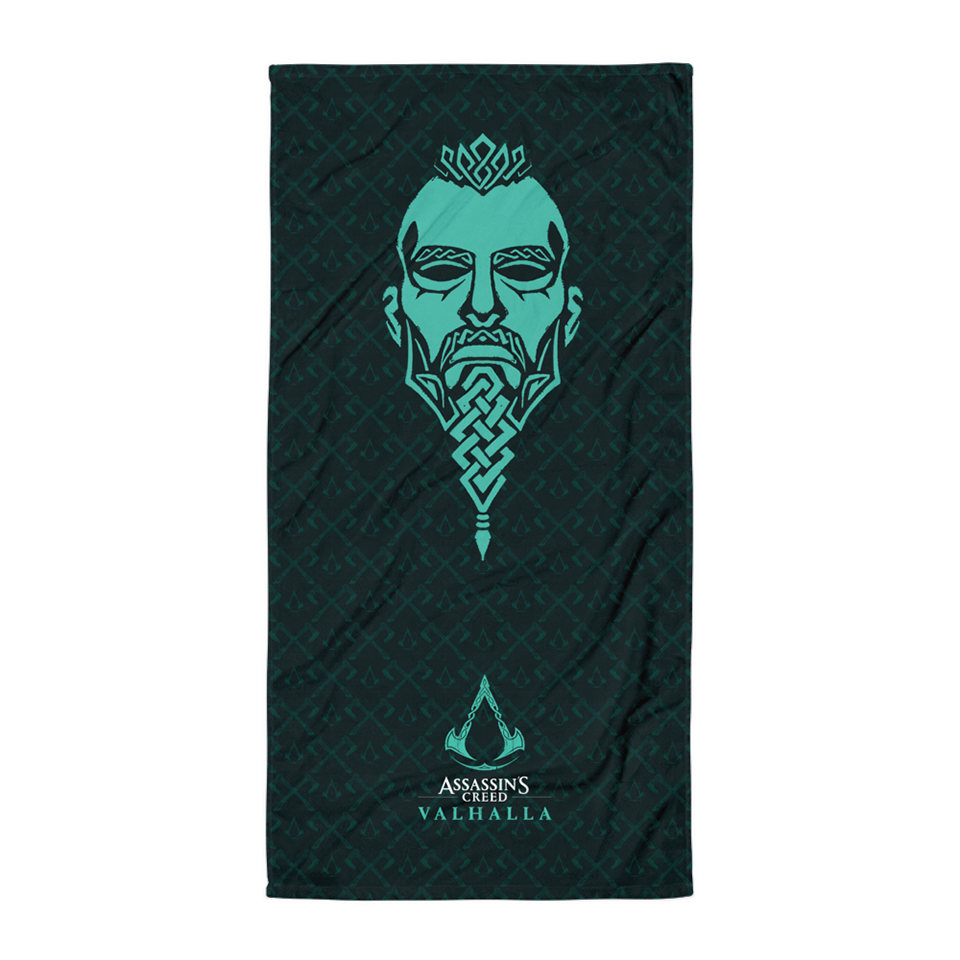 If there’s one thing that travelers across the galaxy can agree on, it’s that it’s never a bad idea to have a towel. Three-day weekend lounging fjord-side? Bring a towel. Horseback trip to the nearest Roman ruin? Pack a towel. Epic journey across the frigid Arctic seas to start a new life for your people in a strange new land? Better make it the Eivor Towel. 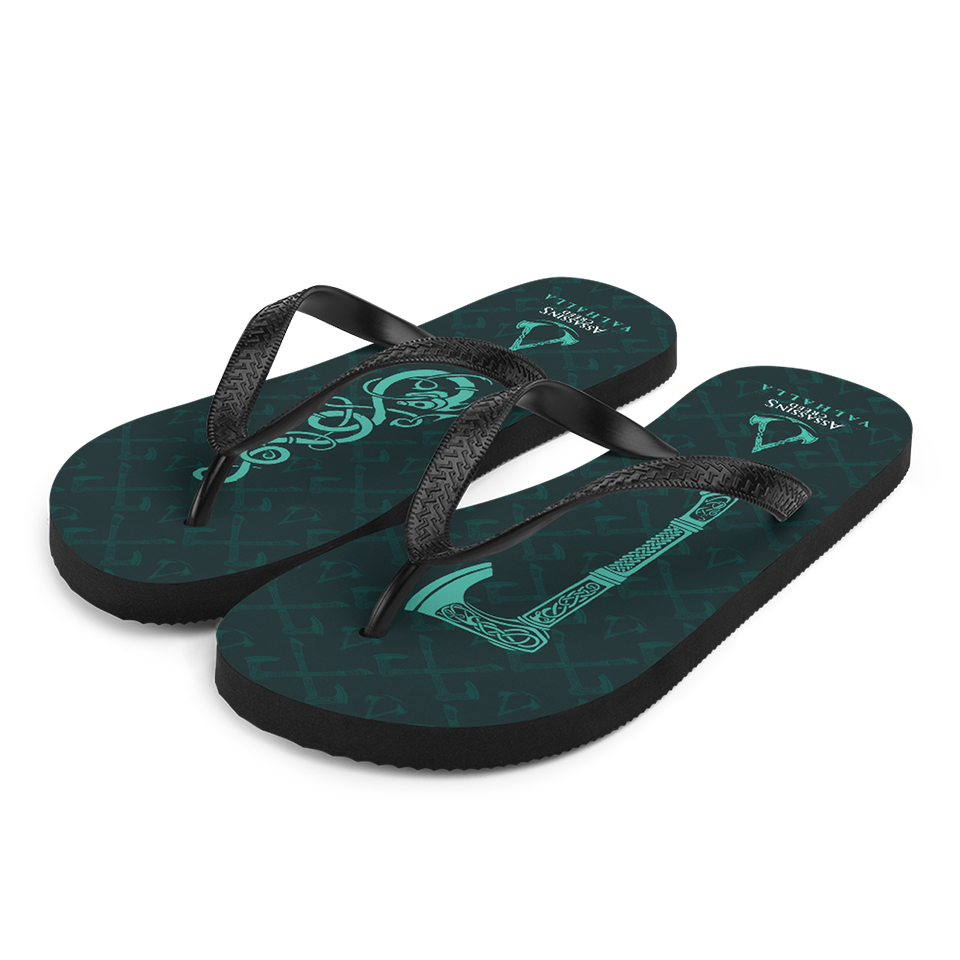 They are flip-flops. Axe flip flops, to be precise.

It’s Written All Over your Face 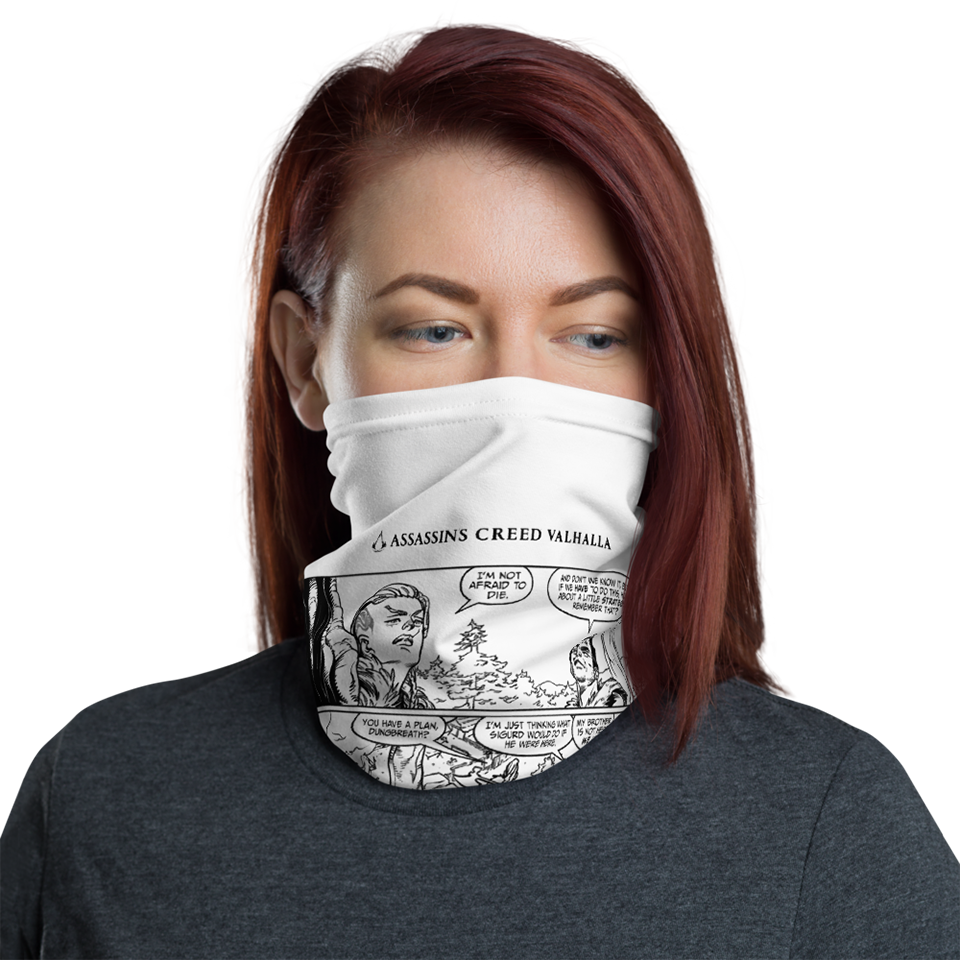 With the Valhalla Comic Face Mask, you’ll never again have to answer the small-talk inquiry, “What are you reading?” You can just point to your face, and the panels of Eivor planning a raid on her nemesis’ outpost will speak volumes. (Note that one of the words on this mask is “dungbreath,” so plan your mint consumption accordingly).

For more items inspired by Assassin’s Creed Valhalla, head to the Ubisoft Store!