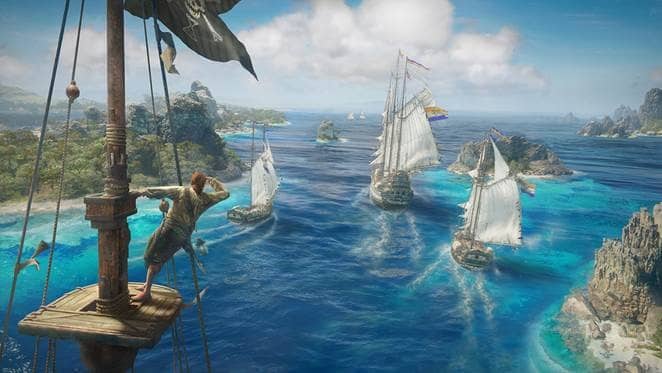 How the Strategic Innovation Lab Helps Ubisoft Embrace Its Future

Staying at the forefront of trends and technology is crucial for the growth of games and the gaming industry as a whole. For Ubisoft, that means making use of the Strategic Innovation Lab to not only identify what the next big thing might be, but also how Ubisoft teams around the world can learn from these trends and implement key learnings into their games. "We look at different things and try to have a broad understanding of what's happening," says Lidwine Sauer, director of Insights and Trends. "When we analyze trends, we also prioritize them in terms of impact and maturity."

One of those trends is blockchain. While it is still new technology, blockchain has already shown potential for games because of its ability to create a true "digital collectible." "When you put a one of a kind digital asset on a blockchain, you can track exactly who owns it at a specific moment, and in a secure way," Sauer explains. "It's like if you have a Picasso. It's 100 percent unique, and if it's yours, it's yours. Thanks to the blockchain, you can now have the equivalent of digital Picassos with the advantage that they cannot be stolen from you."

Sauer cites CryptoKitties – a game where players can breed, trade, and purchase digital kittens with the goal of obtaining the rarest kittens – as a specific example of how distinctive digital collectibles can be used for gaming, but the technology still needs to mature before the extent of its potential is truly known for Ubisoft. "It's a nascent technology, so we don't need to have the whole of Ubisoft joining in and doing blockchain games," Sauer says. "The blockchain today is like the beginning of the Internet. We know it's important because we realize it's unique, but we need to explore the use cases more to know which ones are going to have more potential."

As for more mature technologies and trends, the Strategic Innovation Lab has been carefully watching the growth and evolution of artificial intelligence. And while there are obvious applications for advanced AI in games, it's the human and computer interactions that have been of particular interest to the team – more specifically, the rise of voice recognition. "The adoption rate of smart speakers has outpaced adoption rates for tablets and smart phones," Sauer says. "It's not weird to talk to a machine anymore. We wanted to see how we could leverage voice and conversational interfaces to offer new types of experiences to players."

Star Trek: Bridge Crew is just one example of how Ubisoft has already implemented this technology into a game, allowing players to issues commands to AI crewmembers in the absence of human teammates. Additionally, Ubisoft just released the open beta for Sam, a personal gaming assistant within the Ubisoft Club app that can help players with answers to their questions or help them even get better by providing relevant game information and details. "The idea of the Ubisoft Club team was to allow our players to find information they are looking for easily and naturally," Sauer says. "And [they wanted] to provide them with a personalized service."

Other benefits are more educational, but no less impactful. "We work on longer time frames than other teams," Sauer says. "We look at what's happening in other industries and we look at what academia is working on [and in those fields]. For example, around 2011, lots of people were talking about big data. We wanted to understand how the big data trend was going to impact society."

Building credible, immersive game worlds is part of Ubisoft's approach to development, and understanding how surveillance and big data might be used and perceived in the future helped validate the path the Watch Dogs development team was on. "We shared [our big data] insight with Ubisoft management in 2011," Sauer explains. "One of the reasons they greenlit Watch Dogs was because they understood that predictive algorithms were something that was going to have an impact on society at one point or another."