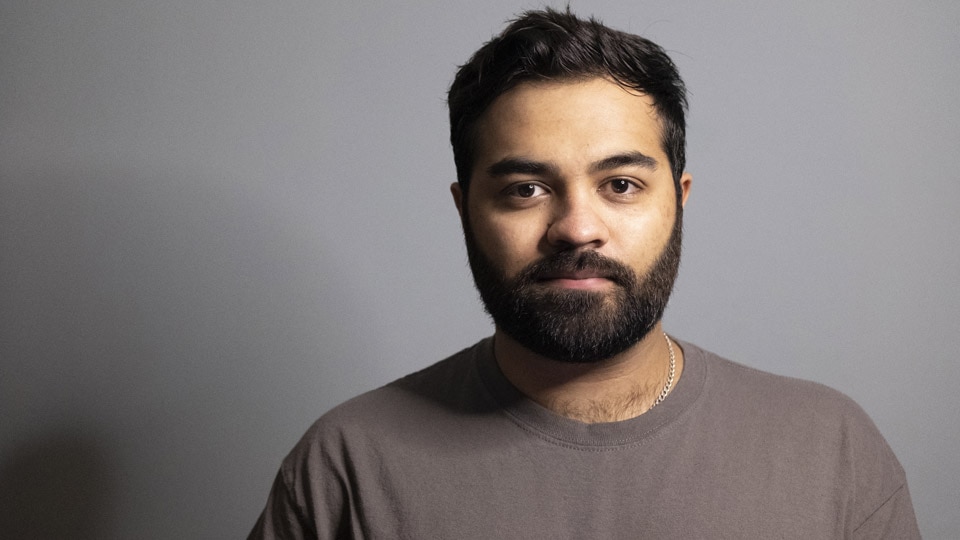 To set the scene, let us roll back the clock to the early 2000s. A young Asian boy of mixed descent, living in North West London, England. A small flat filled with the sounds of Bollywood and Kollywood music blaring from a HiFi system, and phrases of Gujarati and Tamil interspersed with English ones – the voices of my first-generation immigrant parents. This is how I grew up.

It was a time when my working-class family could not afford anything more than the five free national channels that everyone in England had access to. There were hardly any faces which resembled my own that graced British television. With the exceptions being “Goodness Gracious Me” and “The Kumars at No. 42” – both comedy sketch shows carried by Sanjeev Bhaskar, who to this day remains one of the leading Asian faces of the British entertainment industry. Another was Konnie Huq, a presenter on the long-running children’s entertainment program “Blue Peter.” But I would say that was about it. And herein lies a key issue with representation of Asians in the media: a lack thereof.

We are all familiar with the overplayed stereotypes of corner shop owners and cab drivers seen in many forms of media. "This is an age-old story,” said my mum when I asked for her thoughts on the matter. She learned most of the English she knows today by watching British television for decades. She explains that, like a lot of immigrants, Indians came to the West (some through Africa) in search of a better life, whether it was for further or higher education, or as laborers and factory workers in the post-WWII era, taking on odd jobs to make ends meet.

Racism was a part of that package; being alienated for being different. I do not just mean by the color of their skin, but their choice of clothing, the food they ate, the way “they smelled,” even their religious and cultural beliefs were under scrutiny. Ironically, some of these elements have been repackaged and utilized today: the “British Curry;” haldi ka doodh (aka golden milk) and chai masala are mixed with coffee and sold as turmeric and chai lattes; the cultural appropriation of bindis as decorative fashion statements; and the mass adoption of yoga and homeopathy via ayurvedic treatments.

Many decades later, some Indian immigrants did indeed become cabbies and corner shop owners, as these were lucrative businesses to have. But little had changed; I have many anecdotes of relatives being abused in the workplace, with many more racial slurs to accompany them. This behavior is massively outdated and has always been inappropriate, yet this is what I witnessed as I was being raised, and still I see this today. Asians still suffer in today’s entertainment environment through underrepresentation: very few role models; actors being type casted or portrayed as shallow, one-dimensional characters; and more often the source of comic relief. “Deadpool’s” Dopinder was merely a few years ago, and checks all those boxes. We were already at a disadvantage with the limited roles we had in Western storytelling, but throw racial stereotyping into the mix, and suddenly we find ourselves not recognizing our on-screen counterparts. It adds to the struggle for those that came after the first generation, to connect to our roots and maintain our racial and cultural identities. But this was only part of the problem. The other is misrepresentation.

My dreams of producing videos for a living began in my childhood. Some of my fondest memories of that time were visiting a small videocassette-rental store with my mother, a few minutes away from home. I was able to choose a tape which I fancied the sound of, purely from the cover artwork and having read the blurb; there were no YouTube trailers to refer to in those days. Pairing this with the exciting Christmas holiday period where I used to plan out my film marathons over a two-week period using the TV Guide and Radio Times magazines, I quickly developed a taste for cinema of all varieties.

A specific memory which comes to mind as I write this article is Amrish Puri's role as Mola Ram in “Indiana Jones and the Temple of Doom.” Growing up watching a lot of Bollywood, this got me very hyped – a familiar face had made it to the West, and in a Spielberg flick, too! Indy and his ragtag friends stumble upon a small village in Northern India early in the plot. And of course, the villagers are dirty and impoverished, begging for the aid of our central characters.

"That's not India!" exclaimed my dad at the television. "The villagers are speaking Sinhalese," the national language of Sri Lanka. In my naivety and innocence, I shrugged this off as a “fun fact.” As the story progressed, the context and world of this installment only became more bewildering for my young, pre-teen mind. The film soon takes an absurd turn, and before you know it, the natives are eating monkey brains and the Hindu goddess Kali takes the appearance of a demonic entity; the horrific rituals associated to this central figure are akin to a cult. This was not what I had expected, nor come to know of my heritage.

As I grew older, I took on Media Studies at secondary school as an A Level, which fueled not only my love of film but also this train of thought further, trying to justify it all. Was it racism? Was it for shock value? Was it done for comedy or satire, playing on the West's ideas of Mystical India and taking it to the highest levels of hyperbole? What were the filmmaker's intentions, and how did they arrive at these choices? How did a well-established Bollywood actor say yes to a project like this? Soon enough, I discovered that Hollywood and its relevant counterparts had a diversity problem. There was just a lack of honesty and perspective in the stories being sold and told about us in the modern, Western landscape of film. This broken system benched the ethical representation of minorities, but prioritized revenue and marketability in its stead.

I used to hold the Academy Awards in such high regard, and for many years used to stay up until the early hours of the morning to catch this prestigious and exciting event. You may be aware of the controversy in recent years surrounding these long-revered accolades, and it made me delve deeper, and also refer to my own experiences growing up. I was hit with the realization that one does not need a gold-plated lump of bronze to validate their stories as worthy of telling or of interest; that those same stories that were once considered to be risky and devoid of universal appeal, putting a minority front-and-center, were now turning the tides.

I believe that creators (POC or not) should set a story within an honest context of a specific cultural and ethnic dimension, and not use those latter elements as novelty, decoration, or to add exotic qualities to flavor one’s creative endeavors. We ought to look with our own means with an open mind, find the more honest and unique stories, identify them, celebrate them, and empower them further if they truly are excellent. Because all that matters is the story of the human condition within those contexts and identities. A fantastic example of this is Lulu Wang’s “The Farewell.”

Aziz Ansari’s “Master of None” was a revelation for me – someone thought to take a chance on a talented Asian American comedian in a lead role for a comedy-drama series? It went on to gain critical acclaim, and I could not help but feel proud of this achievement for the wider community. If you have seen the show – specifically episodes two and four of the first season – you will know why. In my eyes, Aziz Ansari was able to utilize an opportunity to share a realistic and relatable narrative about being an Asian in the West in front of a mainstream audience.

I had grown a borderline unhealthy obsession with British Sri Lankan comedian Romesh Ranganathan some time back, crawling YouTube for episodes of “Mock The Week” that featured him. I eventually progressed to his stand-up sets, which soon led me to Asian Provocateur, a comedic show following his journey to Sri Lanka, helping him discover his family, heritage, and roots. Some years later I had spotted him in public. As he leaned on a windowpane of Topshop Oxford Street, I approached him apprehensively. Stuttering and almost paralyzed out of sheer anxiety, I was barely able to introduce myself to him, let alone progress any sort of conversation. But I managed to get this much out: “I am of Sri Lankan descent too, and it makes me really proud of who I am when I see how well you are doing.”

“Thank you,” he responded with a smile, “I really appreciate that, man!” 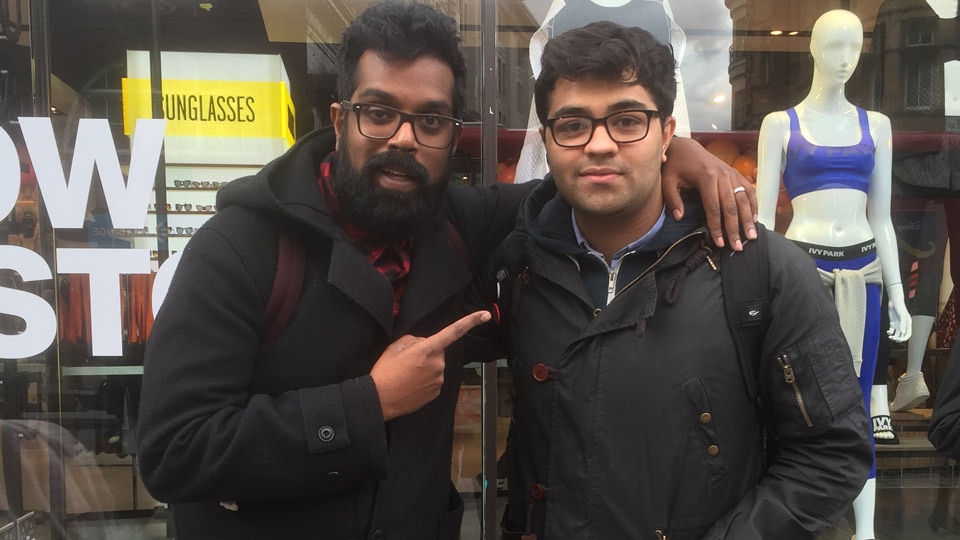