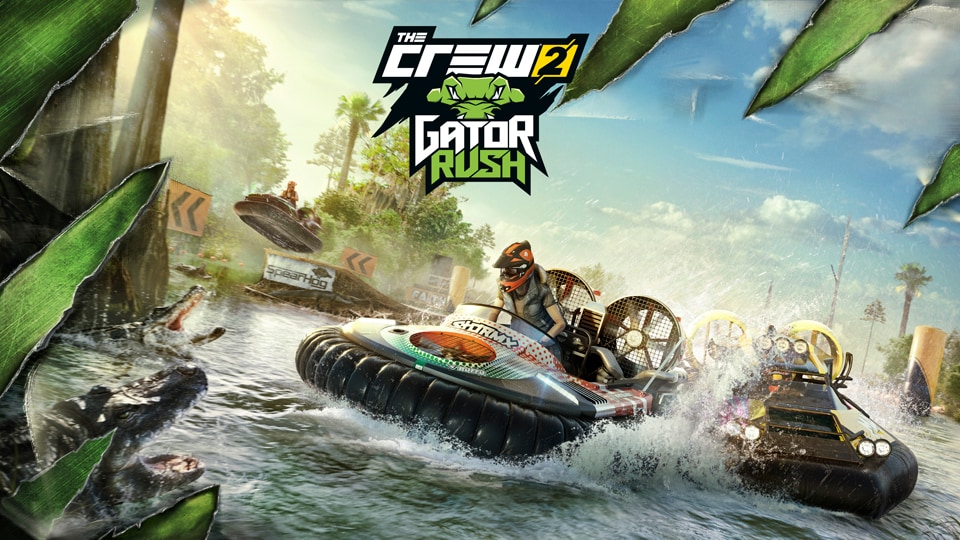 The free Gator Rush update is now live for The Crew 2, adding a new Hovercraft discipline, new vehicles, and more than 20 new activities to The Crew 2's open-world version of the USA. In addition to letting players slide across water and terrain in three new air-cushioned rides, Gator Rush also redesigns parts of the open world to better suit hovercrafts, with banked turns and steeper slopes added to areas including the Bayou, Glacier Park, and Lake Michigan.

Players can also test their skills in new Jetsprint, Hypercar, and Touring Car events, along with a new Live Xtrem Series race. And if you're looking for a whole new level of challenge, Gator Rush also adds Ace mode, a new difficulty level that rewards players with new Legendary loot.

In addition to Gator Rush's free updates, two new vehicles are available now to Season Pass owners as part of The Crew 2's monthly vehicle drop: the Ariel Nomad 2015 buggy and the XK Armored 2018 hovercraft. Other players will be able to access these vehicles starting October 3.

If you haven't yet jumped into The Crew 2 and want to experience Gator Rush for yourself, PC players can jump in for free this weekend via Uplay. Running from September 27-30, the free weekend will be a chance to climb the motorsports ranks and explore The Crew 2's open-world re-creation of the USA – and if you want to keep the thrills going and carry your progress over to the full version, The Crew 2 will be 45% off on PC and PS4 during the free weekend.

The Crew 2 is available now on PS4, Xbox One, and PC. For more on the game, check out our previous coverage.