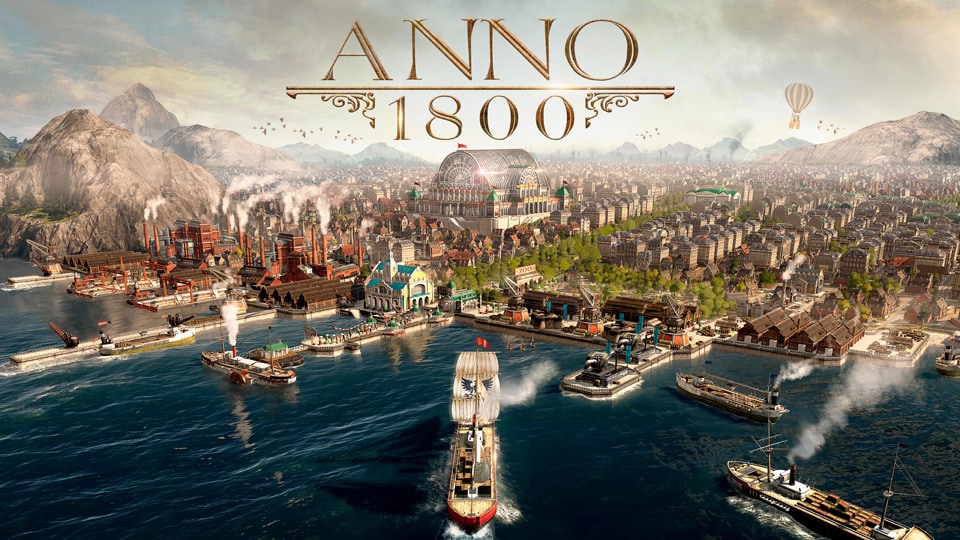 The long-running city-building franchise, Anno, is 20 years old this year. To honor the anniversary, Anno 1602: Creation of a New World is now free via Uplay until December 22. Additionally, Anno fans can register for the Anno 1800 Closed Beta - running from January 31 to February 4 – starting today.

Originally released in 1998, Anno 1602: Creation of a New World, invites players to discover, build, expand, and protect an island world. Coming February 26, 2019, Anno 1800 combines modes from 20 years of Anno lineage, including a story-based campaign, customizable sandbox mode, and multiplayer. Thanks to Anno Union – a collaboration between developers and fans – the game will see the return of fan-requested features like individual AI opponents, shippable trade goods, randomly generated maps, multi-session gameplay, and items.

Those who pre-order Anno 1800 will receive the Imperial Pack, which gives access to extra in-game content. To register for the Closed Beta, click here, and to download Anno 1602 for free, visit https://register.ubisoft.com/anno-1602-giveaway before December 22.