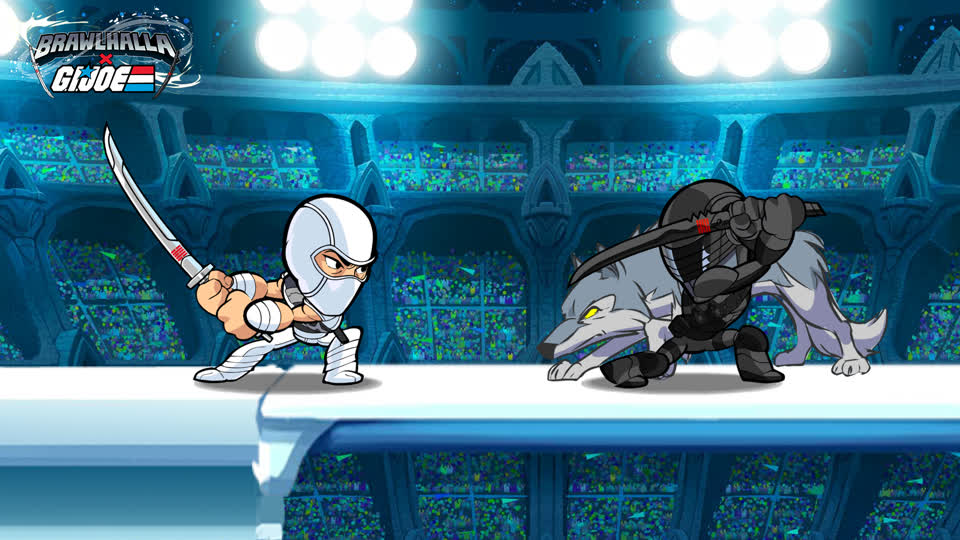 Brawlhalla is adding two new fighters in an Epic Crossover with G.I. JOE. Snake Eyes and Storm Shadow land in the arena on February 23, bringing a new Showdown mode map called Arashikage Dojo. Brawlhalla players can also enjoy a number of other G.I. JOE-themed items that will be revealed later this week, and those items as well as the new map will be purchasable and playable after the Epic Crossover event ends.

The Arashikage Dojo map will also be featured in the Brawl of the Week. The Arashikage Showdown is a four-player, trap-laden match. The player with the highest score at the end of three minutes wins. Now you know, and knowing is half the battle.

Brawlhalla is available to play for free on Xbox Series X|S, Xbox One, PS5, PS4, Switch, PC, Mac, and mobile, and supports cross-play across all platforms. For more on Brawlhalla, check out our previous coverage.