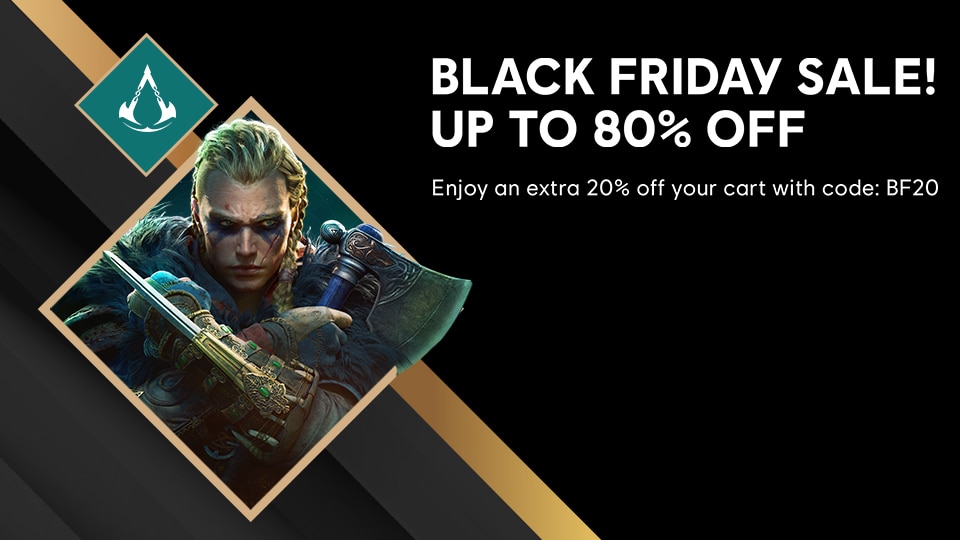 Get Far Cry 6 and More On Sale For Black Friday

With the holiday season right around the corner, it’s the perfect time to pick up your favorite Ubisoft titles at a great price at the Ubisoft Store. Whether you’re gifting to yourself, or getting a little something for someone else, this year’s Black Friday sale has steep discounts on games, gear, and more from November 17 to December 1.

Join a modern-day guerrilla revolution in Far Cry 6, now discounted for the very first time at up to 20% off, and fight a corrupt regime to restore the island nation of Yara. Save an additional 20% with the code BF20 at checkout, which will stack and apply toward Ubisoft’s latest releases, like Far Cry 6 and Riders Republic, and more. You can also save up to 80% off on some of Ubisoft’s most beloved titles, such as Assassin’s Creed Origins, Ghost Recon Wildlands, Far Cry 5, and Far Cry New Dawn Ultimate Edition.

And to sweeten the deal: PC players can download Splinter Cell Chaos Theory completely free of charge on Ubisoft Connect from November 17 to 24. But games aren’t all the sale has to offer. All collectibles (that are not pre-orders) will see 10% discounts in the Ubisoft Store. And when you buy more, you save more with Ubisoft clothing, mugs, hats, and more. When you spend $30 - $50 on Ubisoft Gear, you will save 15% off, spend $50 - $100 to save 20% off and save 25% off gear purchases over $100. As part of its 35th anniversary, Ubisoft is also hosting a $1000* Ubisoft Wallet Rewards giveaway every day until December 5 where you could score $1000* to use on the Ubisoft Store. Enter once a day on the Ubisoft Store for a chance to win.

Read on for all of Ubisoft’s Black Friday deals on games:

These deals end on December 1, so make sure to catch them now!