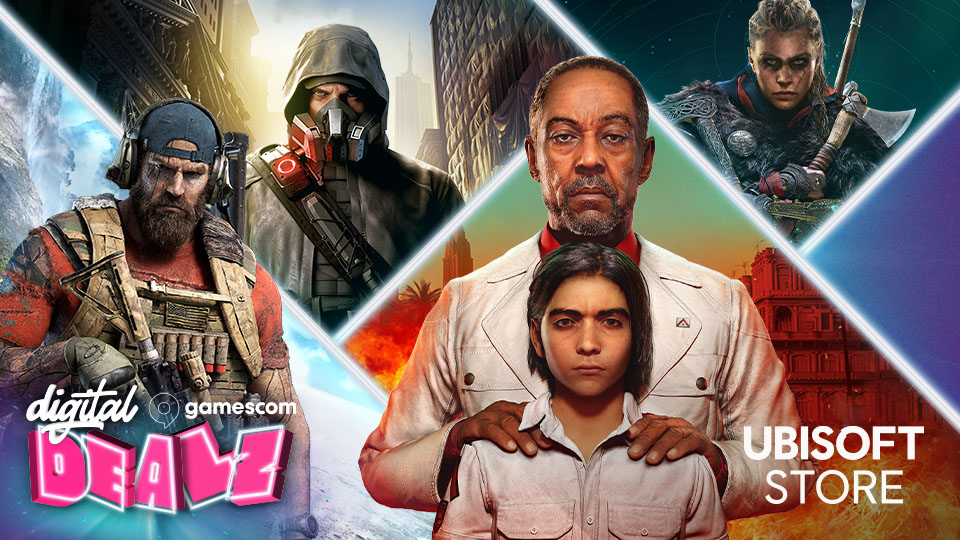 Save Up To 80% During the Ubisoft Store’s Gamescom Sale

It's Gamescom time, and that means exciting new announcements, an influx of gamers to Cologne, Germany, and huge savings at the Ubisoft Store. If you're like us and all the buzz has you fiending to pick up a new game, then consider an extended trip to the island nation of Yara to join the rebel group Libertad and overthrow a dictator in Far Cry 6 Deluxe Edition, which is currently 60% off. Or you might want to build your own regime, perhaps to run a bustling metropolis in Anno 1800, currently 60% off. Or, if swinging giant axes, leaping off tall structures, and raiding riverside monasteries is more your speed, pick up Assassin's Creed Valhalla Standard Edition for up to 60% off, or the Ragnarök Edition for up to 55% off. Plus, now's a good time to check out ACV's recently released free game mode, Forgotten Saga.

By the way, if you happened to miss the news, The Division 2 is back with brand new content and future plans, which means it's the perfect time to snatch up The Division 2: Warlords of New York Edition for up to 70% off. If you prefer your Tom Clancy-themed firefights to be of the close-quarters variety, you can snag Rainbow Six Siege for up to 67% off as well.

Don't sleep on any of these deals, because the Gamescom Sale only lasts until September 10. Visit store.ubi.com now.