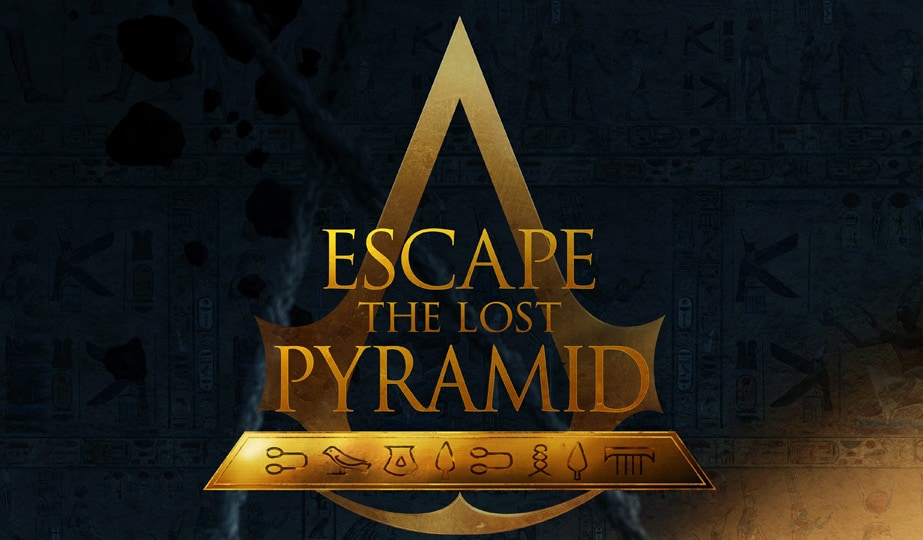 Assassin's Creed players have explored some of the history's most important locations and eras, and now it's time for players to jump into the Animus themselves and experience history firsthand. Escape The Lost Pyramid, the first experience for the Ubisoft Escape Games platform, will have players uncovering the secrets of the Lost Pyramid of Nebka.

Set in the world of Assassin's Creed Origins, Escape The Lost Pyramid tasks two or four players with tracking down the expedition of Sir Beldon Frye, who has mysteriously disappeared somewhere in the Sinai Peninsula. Players will have 60 minutes to discover what happened to the expedition, locate the artifact they were searching for, and find their way out of the pyramid of Nebka.

Players interested in seeing if they have what it takes to escape the lost pyramid can participate in multiple locations across the US, UK, France, and Germany. To find the location nearest you, check out http://www.ubisoftescapegames.com/escape-the-lost-pyramid/. Escape The Lost Pyramid is just the first experience for the Ubisoft Escape Games platform. The next experience – set in the world of Assassin's Creed Odyssey – is already in development and will be available in 2019.

For more information about Ubisoft Escape Games visit, http://www.ubisoftescapegames.com/ and for more on Assassin's Creed, check out our previous coverage.