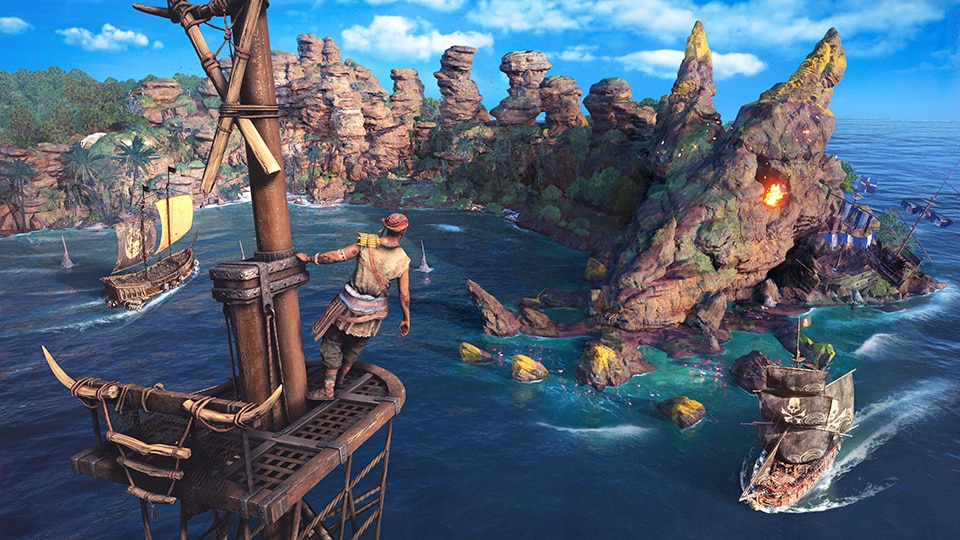 Skull and Bones Shows Off Ship Customization and Smuggling Networks

Skull and Bones lets players explore a fictionalized version of the Indian Ocean during the Golden Age of Piracy - but piracy didn't just spring up from nowhere, especially not in the Indian Ocean. It fed off a rich trade in spices, silks, and other hot commodities for 17th-century Europeans. These lucrative pickings led pirates to a new business opportunity: their own secret smuggling networks.

During Ubisoft Forward, the Skull and Bones team revealed a bit more about these networks, which are only revealed to you once you’ve earned the right to know. To achieve that, you'll have to grow your Infamy and eventually unlock your own pirate lair - known as The Helm - which becomes the base of your smuggling operations. This is where you'll be able to manufacture high-value goods like Rum and Opium before selling them to whoever's got the deepest pockets. From here, you'll also have more leeway to choose your own contracts, rather than be at the mercy of other pirate kingpins.

The Forward presentation also revealed more about how you'll be able to build and customize your ships. Each ship type is geared toward different kinds of playstyles, whether you're looking for maneuverability, power, or cargo capacity, but each also comes with certain perks; for example, the Sambuk gives an advantage to players using fire weapons, while the Brig - already a heavy hitter - can deal even more damage when it's anchored. And that's just the start - each ship can then be fitted with different weapons, ammo, armor, furniture, and cosmetic items, letting players tailor them to specific tasks and make them uniquely their own. 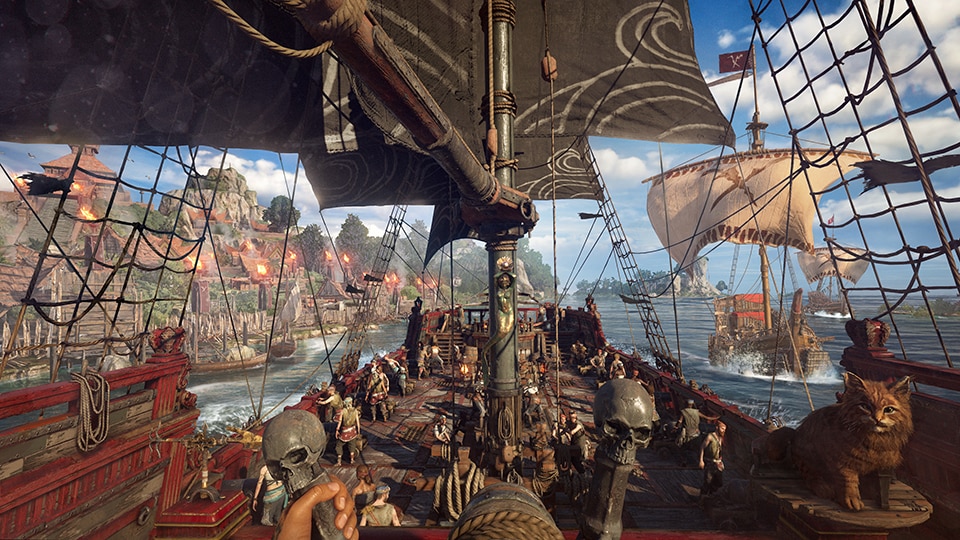 Arming your ship is about more than just stockpiling cannonballs; you'll need to consider what you want to accomplish. Do you prefer to sink enemy vessels and plunder their watery remains? Then you'll want piercing ammo, which punches through armor and lets the water rush in, or fire ammo, which can wreak all kinds of havoc on a big wooden structure. If you want to disable ships for easy boarding, however, tearing ammo will make short work of their sails. And there's a huge variety of weapons to choose from, with different cannons, ballistae, mortars, rocket launchers, and even torpedoes, each with unique damage types to keep your enemies guessing.

That said, each weapon also has an armor type that can counter it; you wouldn't want to use a flamethrower against a ship clad in leather panels, for example, as leather is strong against fire damage. Learning to recognize what your enemies are using to protect themselves, and responding with a weapon that can completely destroy it, is one of many ways to survive at sea. 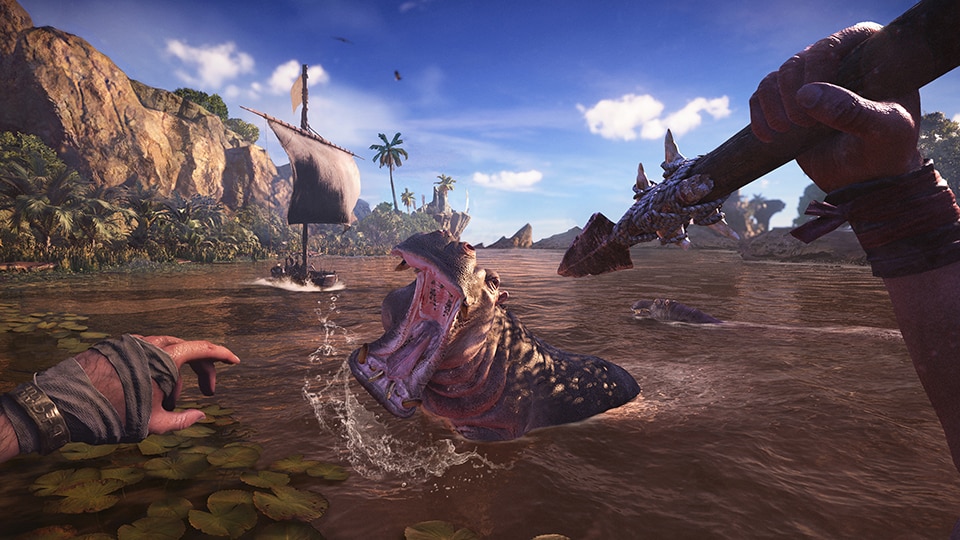 If you'd like to get an early taste of what it's like to captain your own ship in Skull and Bones, the developers are looking for volunteer PC players to play and provide feedback through the Insider Program. To sign up for a chance to join, visit the official site.

Skull and Bones launches on November 8 for PC, PS5, Xbox Series X|S, Stadia, and Amazon Luna. For more on the game, find out if your rig is ready with Skull and Bones' PC specs, and learn more about what it's like to plunder targets on land as well as at sea.