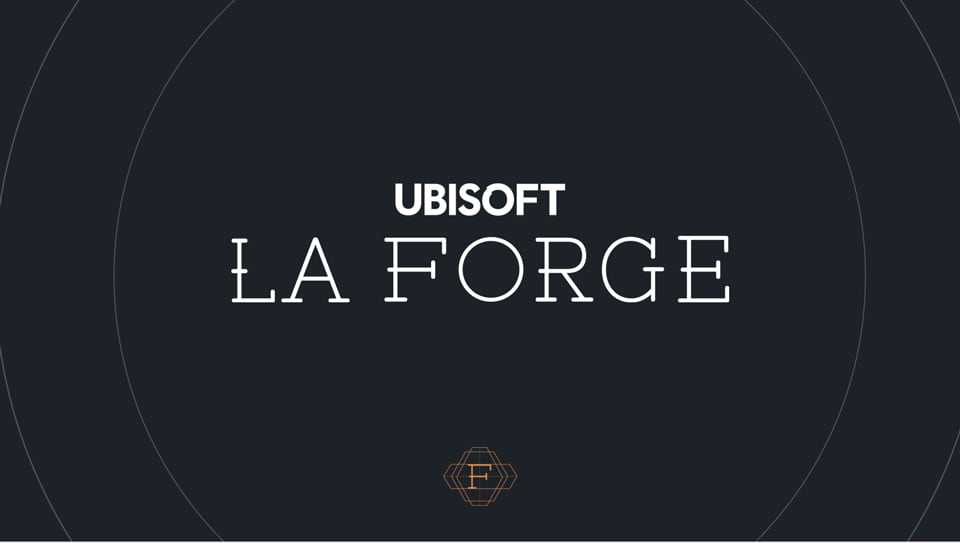 How Ubisoft is Using AI to Make Its Games, and the Real World, Better

Seeing Yves Jacquier's face light up at the prospect of videogames contributing to the development of real-world artificial intelligence, it becomes clear that there is an exciting future ahead in which game AI and real-world AI are able to continuously improve one another. As the Executive Director of Production Studios Services, Jacquier heads up an innovative new initiative in Ubisoft Montreal called La Forge. La Forge's goal is to bridge the gap between the theoretical academic work on AI, and the practical applications for AI in videogames and in the real world. It is here, in La Forge's work, that Jacquier believes there is massive potential to revolutionize the way developers make games and to pursue innovations than impact everything from automated vehicles to medical procedures.

The relationship between AI and games is nothing new. With rulesets that encourage complex thinking within specific parameters, games have been a valuable testing platform for AI systems. IBM's chess-playing computer Deep Blue defeating world-champion chess player Gary Kasparov 21 years ago is perhaps the most famous example, but recently, the relationship has evolved and AI has helped make the games themselves. To illustrate this, Jacquier uses an example from a motion capture session.

Traditionally, raw data from motion capture requires quite a bit of manual cleanup by an animator to look real and natural. Processing a given chunk of data might take a human around four hours, while an AI can achieve almost the same result in about four minutes. While AI animation programs can't create everything that NPC humans need to do, they are already contributing by generating increasingly realistic locomotion animations, including the notoriously tricky foot placements. Jacquier believes that gap between human and AI NPC creation will close within the next three years.

So how does this AI assistance help game developers? By using AI to perform some of the more monotonous and repetitive tasks like testing builds, predicting and identifying bugs, and automating balance tests, it opens up the possibilities for developers to focus more on the creative aspects of a game. Instead of spending hours animating lips for different language tracks, the developer could task an AI to generate those animations (as seen below), and maybe spend more time fine-tuning other facial expressions.

According to Jacquier, "The distinction between AI and humans is all about creativity. AI is good at generalizing and imitating. If you can spot a repetitive task, AI can help automate that, that's generalizing. Imitating is showing an AI an objective and the AI can accelerate you towards that objective. That lets you create a wide variety of assets or a larger world, but these alone do not make a game. Humans will always be responsible for the creating the fun in a game."

Drawing upon real world examples, Jacquier brought up self-driving cars and the possible ethical dilemmas they present. AI improves with data, but accurate data can be difficult to come by when there is a potential for human harm. Videogames, notably vast open-world games that simulate numerous real-world systems, can be a valuable source of such data. The example Jacquier used showed a self-driving car driving through the streets of San Francisco in Watch Dogs 2. The simulation is able to assess many factors that would be too difficult, time-consuming, or dangerous to recreate in the physical world, as you can see from the clip below.

This relationship can be a two-way street; just as videogames can provide insight to improve real-world systems, those same systems can feed data back into videogames to help create more immersive and realistic experiences. Jacquier reflected, "I think that it goes both ways, working with people who have a great knowledge of how real systems work and having us on the simulation side of the equation presents a win-win situation. They will be able to test their systems faster and we'll be able to learn a lot from them to make games more interesting and realistic."

The breadth of the work being done at La Forge means there are many more areas that Jacquier only touched briefly on where AI development shows this kind of mutually beneficial promise. One project involves using the work of surgery specialists to automate the transformation of NPC faces between traditionally male and traditionally female, which could lead to better character variety and representation.

The future of AI in game development is full of possibilities, but one thing is certain: the work that La Forge is doing has the potential to dramatically impact much more than just videogames. As Jacquier said, "The most exciting part for me is the possibility that, at some point five or 10 years from now, we're able to say that videogames helped us make a safer and better world."