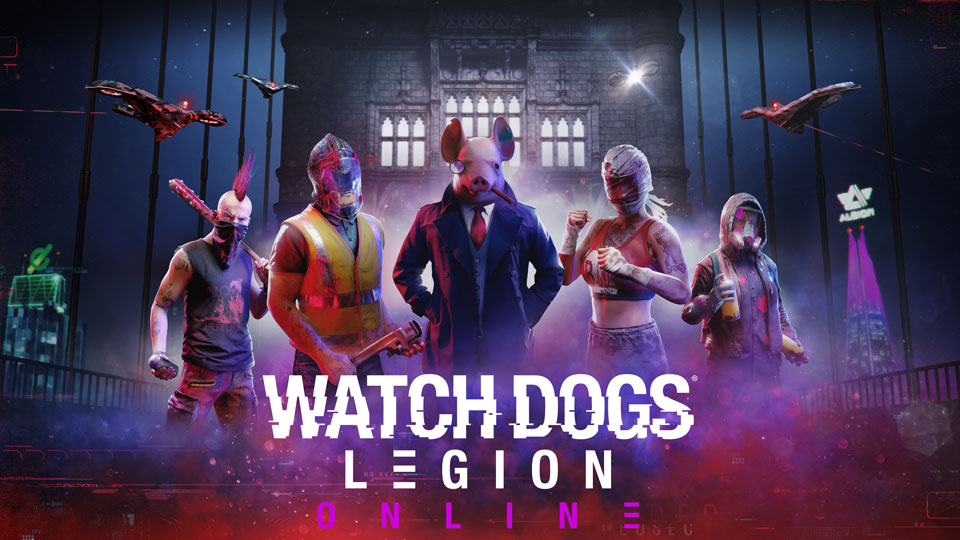 Watch Dogs: Legion launches its free online mode on March 9, giving players the chance to race their friends through the streets of London, take on a variety of intense new cooperative mission types and challenges, or pull together a band of buskers to meet by the Tower Bridge for an impromptu riverside performance. And if you’re feeling less harmonious, you can always go toe-to-toe in a round of darts, or blast the skittering legs off each other in Spiderbot Arena, a new PVP mode. Here’s everything you need to know about the online mode of Watch Dogs: Legion.

The first thing you’ll notice is that online mode exists as a standalone option from the main menu, and when you load in, you’ll be set up with a new Operative and tasked with building a new DedSec cell. online mode takes place after the events of the main campaign (though it contains no story spoilers), so you’ll once again be able to recruit anyone you come across in the open world of London. However, the recruitment process is streamlined, allowing you to instantly recruit folks by spending Influence points. These are earned by completing missions, ranking up in the seasonal progress track, and finishing daily and weekly challenges. Keep in mind that Influence points are also used to upgrade gadgets and expand your arsenal and skills, so spend them wisely.

This change was made not only to expedite recruitment for the online setting, but also to adapt the Play As Anyone philosophy to the cooperative experience, says Lathieeshe Thillainathan, live producer on Watch Dogs: Legion. “We wanted you and your co-op partners to be able to recruit the same person, so that when you leave the session, you have kind of a memory with each other, that ‘Hey, we recruited the same person together!’”

“Having a dedicated space [for the online mode] allowed for that kind of freedom,” says Thillainathan. “I think it also just creates a really cool social experience if you have a memory of recruiting somebody with a friend of yours, and I think that's a very powerful thing to have in a game about people and building a resistance.” 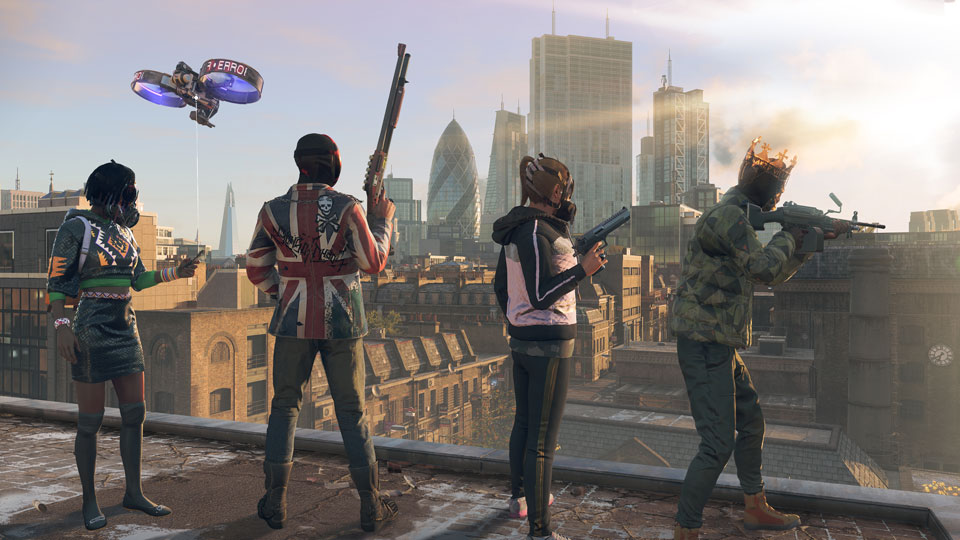 Watch Dogs: Legion’s online mode really gets going with co-op missions. These are unique to the online mode, and task you and your crew of two-to-four hackers with objectives like destroying vehicles, neutralizing targets without being detected, and coordinating hacks, all in service of building out your own little faction of DedSec to face the challenges to come. Many co-op mission types only require two players, and are built to encourage players to work together and complement each other’s skills and Operator choices. There are activities that can be completed solo as well, so you can work on your cell while waiting for other folks to join.

Watch Dogs: Legion’s online mode takes the game’s systems and mechanics and adapts them to create situations in which players need each other’s help, and nowhere is this clearer than in the ultimate co-op challenge: the Tactical Ops missions. Tactical Ops are five-stage challenges that require intensive communication, coordination, and teamwork, and a team of four is highly recommended. In these endgame-level missions, if a single member of the team is eliminated, the entire crew will have to start the stage over from the beginning. Couple that with some new gameplay mechanics, and Tactical Ops missions can make for some intense encounters. 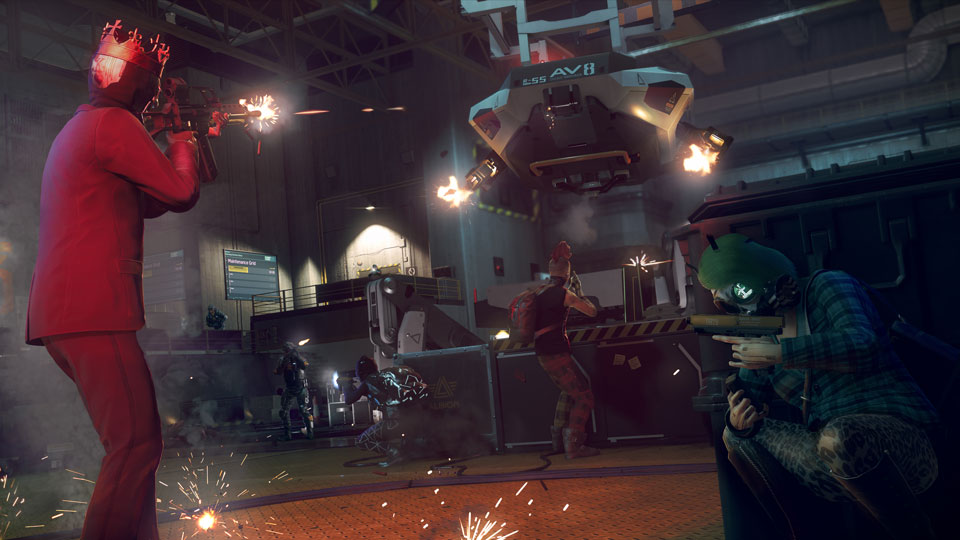 However, Thillainathan says that, “we didn’t want to create an experience that was so elite that only one percent of players could ever get to it, so we made sure that most people can build up to Tactical Ops as they play regular online content. We also felt that in order to create a need for other players, we needed to create exotic moments — like playing in stealth as a four-player squad — that you normally wouldn't do in other parts of the game. We made moments where one player’s entire gameplay experience is very different, and they're controlling something very different.”

We took on this very stealthy segment of a Tactical Op in our play session, which sent us to a quarantine zone that was being patrolled by invulnerable and unhackable counterterrorism drones. In this instance, fighting back wasn’t an option, so the four of us had to coordinate our movements, watch our angles, and time our hacks to sneak throughout the area so we could take down the drones without a scratch. This was easier said than done, of course, but we finally found success with a new plan: taking advantage of the aforementioned cargo drone capacity to all hop on top of one drone, each picking a direction to watch and flying out of range when the drones drew too near. Thillainathan says that his crew designated one player to be the decoy and draw the drones’ attention with an Operative skilled in parkour. (Which is cool if you don’t like flying, I guess.)
In another segment of the Tactical Op, our crew was tasked with executing hacks on two separate Albion facilities. Sounds simple enough, right? Except that the hacks needed to be simultaneous, and the facilities were on opposite sides of the city. So, with our squad split into two teams, we raced to our objectives, infiltrated our locations, stole the required keys, and waited until we were all in position to begin executing our hacks. The in-game voice chat was crucial in coordinating the timing, so plan to be on comms when you and your squad get together. 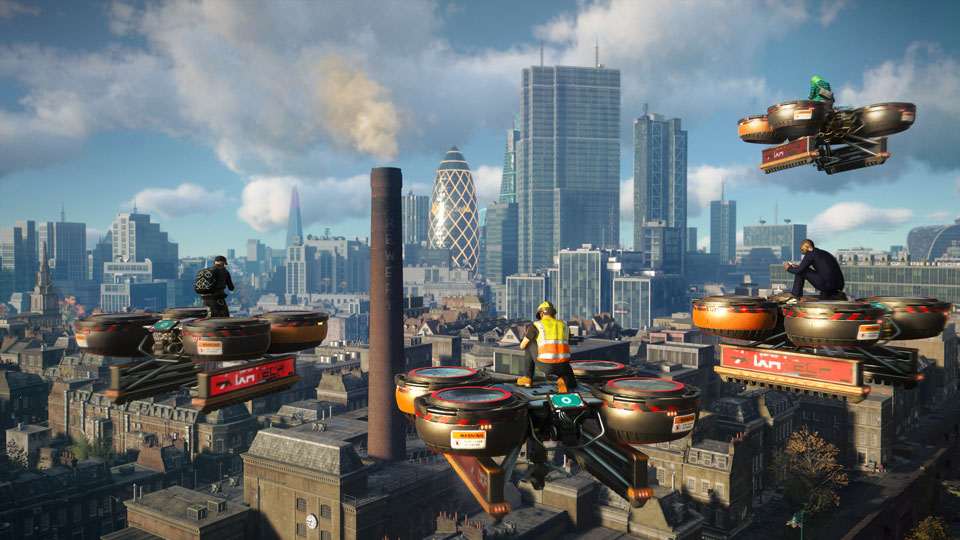 Each Tactical Op is divided into segments that earn you checkpoint saves upon completion, so you don’t have to complete every phase in one session. “We wanted to be conscious of players’ time,” says Thillainathan, “and we know that having a good balance of how much time you put into the game and how much value you get out is important. We don't want to have you sit and play for an extended time, and then if you lose, you lose that whole night. We tried to create a healthy way of playing games and to create an invitation for players to connect again.”

The final stage of a Tactical Op is a boss encounter, a custom-designed fight that poses a stiff challenge even for coordinated teams. When designing, say, a massive armed drone that requires careful maneuvering, sharp shooting, and good puzzle sense, the team kept in mind that not every player would necessarily have the same skillset.

“We thought, ‘What’s the best way to get all four players to have a specific role?’” Thillainathan says. “We designed it so that if you do bring in a parkour specialist, or someone that does gunkata, or a construction worker, or even a grandma, they all can join in. We felt the best way was to build a bespoke end sequence where you’re in a very confined space, but you can see all of your friends together, and can make coordinated attacks that way.”

If your cooperative spirit starts to wane, Watch Dogs: Legion’s online mode has a place where you and your friends can blast each other to absolute smithereens: the Spiderbot Arena. You control an armed spiderbot in a free-for-all arena deathmatch. Matches are fast-paced and frantic, as you scurry and double-jump your way to randomized mystery boxes that contain powerful weapons like shotguns, lasers, tracking missiles, and more. Take out enough opponents in a row and you’ll be rewarded with a killstreak bonus that could reveal enemy locations, supercharge your weapons, or give you a shield. Rack up the most eliminations at the end of the six-minute round to come out on top. To the victor goes the glory, and some tidy rewards to boot. 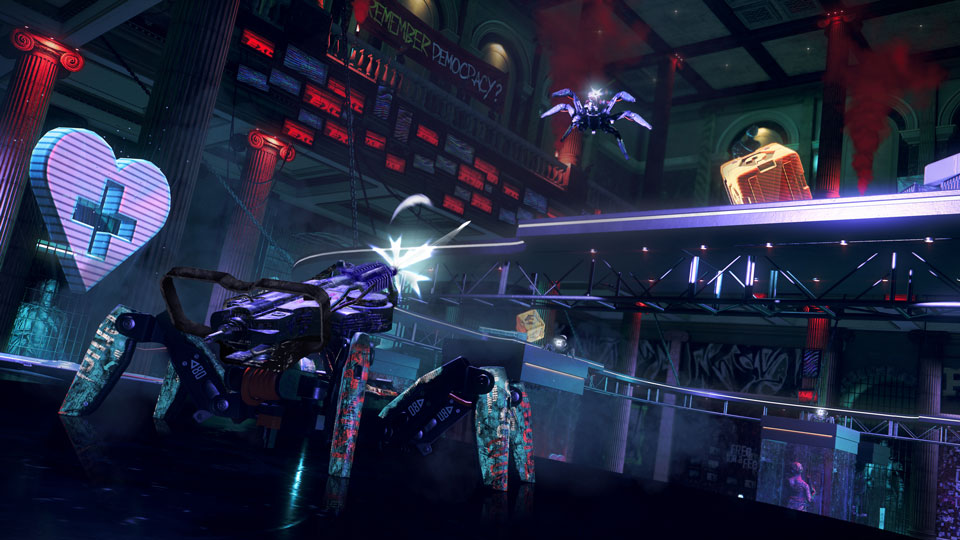