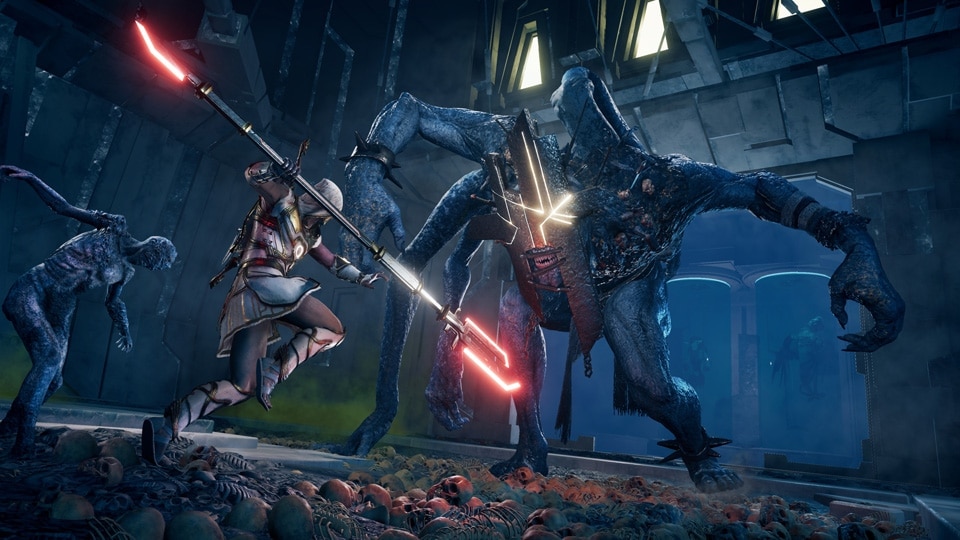 Judgment of Atlantis, the third episode of Assassin's Creed Odyssey's The Fate of Atlantis story arc, is available now. Bringing players to its titular ancient city, Judgment of Atlantis offers players a chance to walk among the First Civilization, and unravel a thread of corruption behind Atlantis' gleaming exterior. We've taken a deep dive into Judgment of Atlantis in our full preview (and in the video below), but to find out more about how the episode came together – along with The Fate of Atlantis arc as a whole – we sat down with the story arc's game director, Hugo Giard, for a chat about the Isu, episodic content, and how death works when you're already in the afterlife. 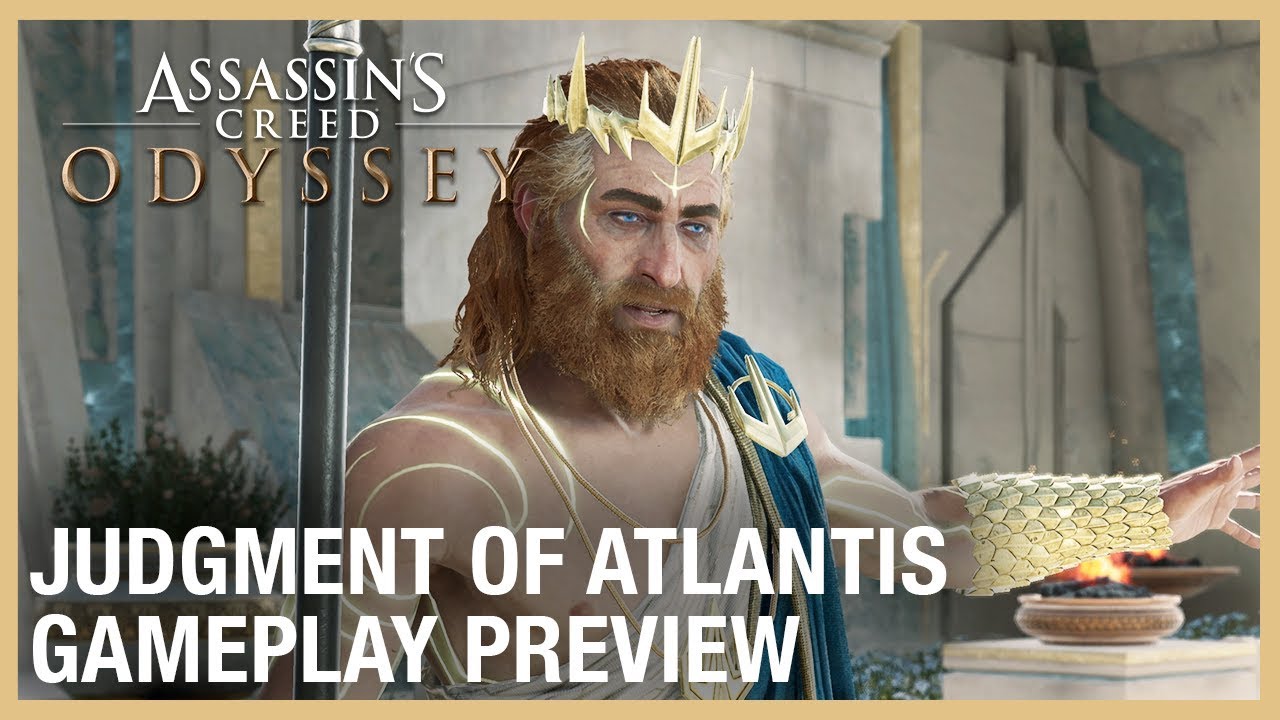 Judgment of Atlantis is the first time we've seen First Civilization society in any real depth. How much leeway did you have in deciding how to portray it?

Hugo Giard: We had the chance to create something that was completely imaginary. We're usually rooted very much in realism and historical accuracy, but The Fate of Atlantis allowed us to imagine things that we would have otherwise never been able to put in the game.

There are still fundamental basics that have been established in the lore in regards to Isu, the First Civilization, the modern-day protagonist; those things don't change. The things that we've brought forward over the years with the Isu, and what happened thousands of years ago, are all true. None of those are things we could manipulate, but everything that wasn't encased in that lore was fair game.

The other aspect of it was that these three episodes had to be based in Greek mythology. They had to have a connection to ancient Greece and to Assassin's Creed Odyssey. We wanted to make sure the stuff we invented for Elysium, or the Underworld, or Atlantis, was something you could crack open a book, or do a Google search, and see connections to the work we did and the stories we told.

How did you decide on those three realms specifically?

HG: When I started looking at The Fate of Atlantis, I was interested in looking at themes. So I knew we had three episodes. We knew we wanted three worlds.

So I started looking at themes of our two major factions, the Templars and the Assassins. One is very freedom-oriented, one is very control-oriented. So I was like, OK, let's explore these themes. Episode 1 was really about control, which is why you find yourself in Elysium – we tend to say Heaven, but it's not Heaven, because it's actually a part of the Underworld. So we pushed the notion of control in Episode 1, which is why we had Persephone dominating and controlling everything.

In Episode 2, we knew we wanted to explore the opposite theme, so chaos, or basically absence of control. Hades is perfect for that; there's nobody managing Hades, there's nobody calling the shots on a daily basis. It's a free-for-all for everyone in there, and you just try to survive inside the chaos.

That led us to the third episode, in which the theme becomes balance. You realize in Episode 1 that total control doesn't work; in Episode 2, chaos doesn't work either. So there's got to be a middle ground there. So we try to look at balance, which is why we're much more interested in the dynamic between the humans and the Isu.

How was the episodic structure decided?

HG: For us, there are two main reasons. The first is to allow players to digest the content in the way you would watch a television series. The great thing that this does is it allows us to get the content in players' hands a lot sooner. If I had waited until having finished everything, and published the content at that moment, then The Fate of Atlantis wouldn't come out until July 16.

Previous Assassin's Creed games seemed to set up humans as being mind-controlled slaves created by the First Civilization, but in Judgment of Atlantis, they appear to live independently, if still as second-class citizens. How did that dynamic emerge?

HG: You don't want the relationship between these two factions to be completely black-and-white. You start to think about how these two factions coexist, and that's how you come about these gray areas, where you have Isu who have objections to the way humans are treated, or think they should be treated worse. And you have humans who are content to be treated this way, and some who demand more respect. So all those doors are open, because we don't treat them as just black and white. We want to be able to explore the gray areas of the relationships.

Each episode of Fate of Atlantis offers new Abilities that are far more powerful than anything else you'll encounter in Ancient Greece. Is it a challenge to keep these new powers in balance with the "main" game?

HG: For the team, it was important to keep the DLC and the main game one. So we knew right off the bat that if you want to leave the Underworld and go back into Ancient Greece and do some different quests – or maybe pick up one of the Lost Tales of Greece that just came out, for example – you could do that, and you could bring everything that you'd won with you. There was no hesitation on the team's part to make sure the powers were available no matter where your feet were planted.

How exactly does death work in this universe? Dead humans seem to wind up in the Underworld, but then die again and disappear.

HG: In Elysium, if you're "killed," you would end up in the Underworld. And in the Underworld, if you're killed, your soul will be disintegrated. That's the logic we used while we were designing the stories, because you can't lose that kind of failure state, if you will, because you need the stakes to be present when you're building these types of things. The most honorable souls, the people who've done the most for Sparta or Greece, end up in Elysium, and those who haven't end up in the Underworld. Judgment is passed on their souls, so if they lose in combat in Elysium, they go down a level.

Every episode adds something new or unique in terms of gameplay; Fields of Elysium added Isu soldiers and the statues you smash, and Torment of Hades introduced Tartarus Portals. What do you see as the most unique thing about Judgment of Atlantis?

HG: Judgment of Atlantis is the culmination of everything. So we have a new enemy archetype, the most challenging Isu soldier. You add to that the new enhancements for Abilities, to be better able to deal with that archetype. What we wanted to do was have an episode that was more focused on story. So that's really where a lot of the effort went for Episode 3, because I wanted to make sure the choices were important, and the consequences mattered to the world, and to the people in the world.

I also wanted to be able to take Layla from the modern-day storyline, and make sure that when you picked her up at the beginning of The Fate of Atlantis, by the time you were with her at the end of Judgment of Atlantis, she would be a different person with different problems, and different things on her mind.