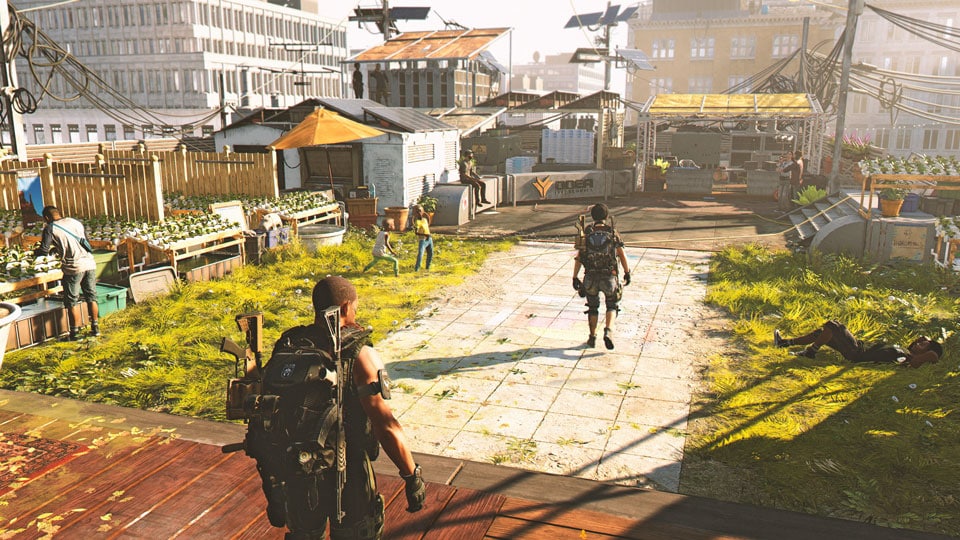 The Division 2 Launch – Everything you Need to Know

The Division 2's launch is right around the corner. In a few days, players from all around the world will join the fight to save Washington, DC, and the launch is only the beginning.

The teams at Massive, along with Ubisoft studios around the globe, are getting ready for The Division 2's release. Early access begins on March 12 in each country for eligible editions. The full launch of the game will follow on March 15 on Xbox One, PS4, and PC.

Reviewers and content creators will be able to start playing the game alongside everyone else when early access begins. This is because we believe The Division 2's full potential can only be fully unleashed and experienced in a live environment with populated servers.

The Division 2 is a seamless online experience, giving players the freedom to play solo or co-op with up to four players, and to engage not only in the story-driven campaign, but also in a robust endgame with new progression, a new faction, and new activities. Players will also be able to test their skills against other players in intense PVP activities, with three different Dark Zones and 4v4 Skirmish and Domination modes.

As you get ready to gear up for deployment in Washington, DC, read on for details about preload timing, and game and title update install sizes.

Players who have purchased a digital copy of any edition can begin preloading now for Xbox One and PC.

On PlayStation 4, timing varies depending on your region:

XBOX ONE AND PC: If you purchased a physical copy of the game, begin by installing the game. You will then be prompted to download and install Title Update 1; expect a 48-52 GB download, depending on your region and preferred language. Whether you installed the game from a disc or bought it digitally, the final HDD install size, including the patch, will be 48-52 GB.

PS4: If you purchased a physical copy of the game, begin installing from the disc. Provided you are online, your console will simultaneously download Title Update 1 while you install it. Expect a 48-52 GB download for Title Update 1, depending on your region and preferred language. If you purchased a digital copy of the game, expect a 88-92 GB download that comprises both the game and Title Update 1. Whether installed from a disc or downloaded digitally, the final HDD install size will be between 88-92 GB.

Additionally, starting March 11, you will be prompted to download and install Title Update 1.5; expect about 2 GB in download, depending on your platform, region and preferred language.

Title Update 1.5 mainly addresses occurrences of audio missing or cutting out experienced by some during Open Beta.

The Division 2 will be available at midnight local time on March 12 for all players in every country. Therefore, players from Australia and New Zealand will be the first to access the game. From there, we expect videos and coverage to start being published online. This also means that players who get a copy of the game earlier than March 12 will not be able to start playing until the servers are live.

The Division 2 launches on March 15 for Xbox One, PS4, and PC. For more on the game, check out our previous The Division 2 coverage.