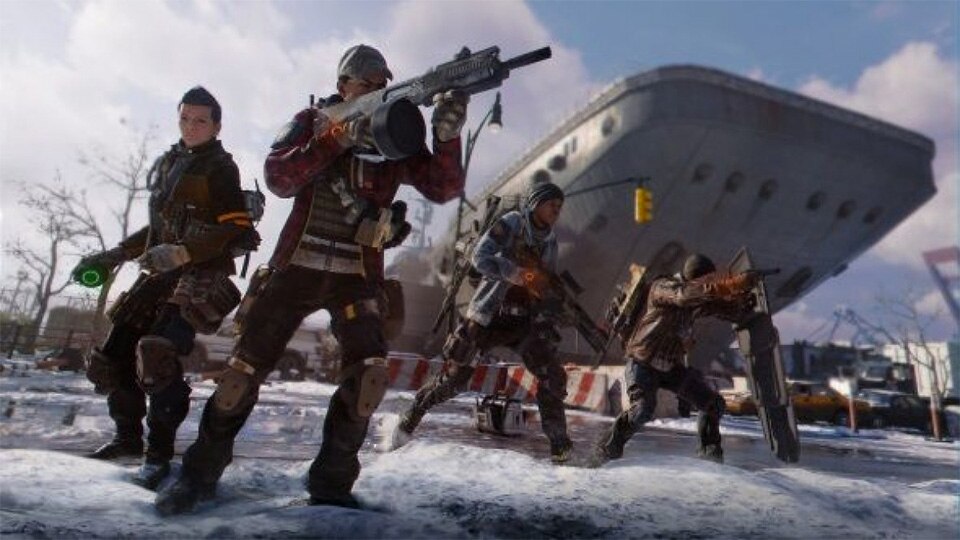 The Division – How the Resistance 1.8 Update Shaped Dark Zone 2.0

The Division's free 1.8 Update arrives December 5, and it's bringing a ton of new content, including a map expansion, a new social space to meet up with other Agents, and two new game modes: Resistance and Skirmish, which are PVE and PVP, respectively. It's also introducing huge changes to the Dark Zone, altering how players go Rogue, how Manhunts work, and more. To understand what's different and why, we spoke with Terry Spier, creative director at Red Storm Entertainment, about the changes afoot in Dark Zone 2.0 and how the team uses community feedback to make its decisions.

With the arrival of 1.8, there's obviously a new approach to how some things are done, but let's start at the beginning: Why was this the right time to examine and change Dark Zone mechanics?

Terry Spier: We watch the DZ on a daily basis. We have an incredible analytics team that provides us with amazing real-time data. We have the ability to observe short-term and long-term trends in our players. In this sense, our entire player base speaks to us each and every day with their actions. They tell us what they like and don't like by how and what they participate in while playing.

We have seen a steady decline in all PVE engagements inside the Dark Zone. The activity inside the Dark Zone was dropping, while the game's daily active users remained on a steady trajectory. We observed a large increase in gate camping. We see a large gap in the source of player deaths; Rogues killing players doubled the number of players killing Rogues.

A live game that never changes is not a live game. The only path to improvement is iteration and evolution. We will continue to do so.

Let's talk about going Rogue in the new Dark Zone. It no longer involves just shooting other players. Tell us a little bit about what's changed and what it means to have more control over Rogue status in a group.

TS: Rogues have, or had, what we call the Rogue advantage. Rogues can proc all their buffs and choose when and where a PVP engagement takes place. The ability to do that created an incredible advantage over other players. When the fight started, the non-rogue generally has already lost at least a third of their health. That might be great for the Rogue, but it's simply not fun for the non-rogue. With the simple addition of the toggle, which is only a few seconds, Rogue opponents have a moment to react before their health gets melted away.

The toggle is short enough to still allow for tension in random player encounters, but long enough to potentially deter a player from going Rogue right in front of another player, because now that other player can have guns up and be ready to shoot back, which so often wasn't the case before. Of course, every player should have some situational awareness in the DZ, and this extra bit of signaling and feedback should promote some better fights in the DZ.

Why does the development team think that fundamentally makes the Dark Zone a better experience?

TS: It's all about getting closer to a fair experience. The DZ will always be a dangerous, unpredictable place and inherently unfair place – this isn't match-made or normalized PVP, after all – but knowing that players can go into the DZ and not immediately get shot in the back is a step in the right direction. Rogues can't instantly engage without broadcasting their intentions by toggling first, and that creates a more even beginning to an engagement.

Won't that remove some of the tension of the Dark Zone – not knowing who to trust?

TS: We don't believe it will remove the tension. It will change how and where the tension is generated, and some players will need to adapt their play patterns, but the tension will remain. Rogues and Manhunts will still roam freely in the DZ and that makes things tense! As to the tension being overwhelming for some, that will always be true. The Dark Zone is not a place for everyone, and we know that.

What's the benefit to going Rogue with these new systems in place? What kind of new strategies for going Rogue do you see occurring?

TS: Rogues are still the predators of the Dark Zone. Rogues are still the alpha dogs that players will keep a wary eye on the horizon for. Rogues still control the fear and tension in the Dark Zone. Rogues still get to decide when the fighting begins. These benefits are still intact. And now, for the first time, there are real benefits to seeing the journey all the way through to Manhunt. As far as strategies go, I imagine that most players will opt to toggle Rogue around a corner, out of sight, before they make themselves known to their prey. The true brazen Rogues will toggle right in front of your face and laugh when they burn you down, despite the preparation and warning they gave you. It will be the new test of dominance.

Let's talk about Manhunt, because that will be getting some changes in the Dark Zone as well. Basically, all players in the Dark Zone will now see an objective and have an opportunity to earn rewards for completing it. Why the change, and what do you hope to see happen with it? Is there a benefit to both low-level and high-level players?

We made this change because we felt the Manhunt gameplay loop was lacking the finality it deserved. A player must kill other players in order to earn Manhunt status, but once Manhunt status was achieved, the only way to ‘win' was to run away from conflict, and that didn't make sense to us. We felt that the loop needed a closure more fitting and chaotic, because that is how the player got there. Blood begets blood, as they say. We know the Manhunt loop is considerably harder, but we see that as a positive. Manhunt should be hard, but surviving a Manhunt, regardless of your level, will be rewarding for those up to the challenge!

Will the team continue to monitor these features and community feedback as players experience these changes?

TS: Yes, absolutely. The vocal members of our community have been active in sharing their thoughts about 1.8 based upon their time on the Public Test Server. We know these changes will take some time to feel normal. Past and current data shows us that player behavior is different between the PTS and the live environment so it is our responsibility to continue to monitor everything to see how the DZ engagement evolves with the release of 1.8. Our community plays a very important role for us and the feedback they provide, either as words on forums or actions in-game, helps shape the future of The Division.