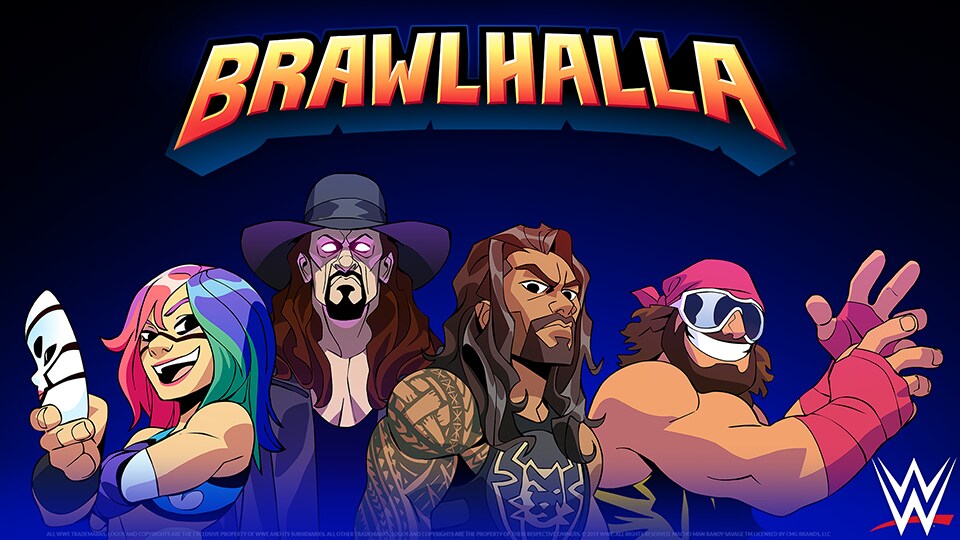 Four new WWE Superstars have arrived in the halls of Brawlhalla to join the frenetic platform fighting action. The Undertaker, Roman Reigns, Asuka, and WWE Hall of Famer "Macho Man" Randy Savage are the latest wave of Superstars to appear in the game as Epic Crossovers, joining The Rock, Becky Lynch, Xavier Woods, and John Cena. Along with the new crop of wrestlers comes the return of Brawldown mode as the Brawl of the Week, complete with its signature ring, breakable tables, and rope physics. The four Superstars are available now for 300 Mammoth coins each.

Brawlhalla is free to play on PS4, Xbox One, PC, and Switch. For more on the latest in-game events and new Legends, check out our Brawlhalla news hub.