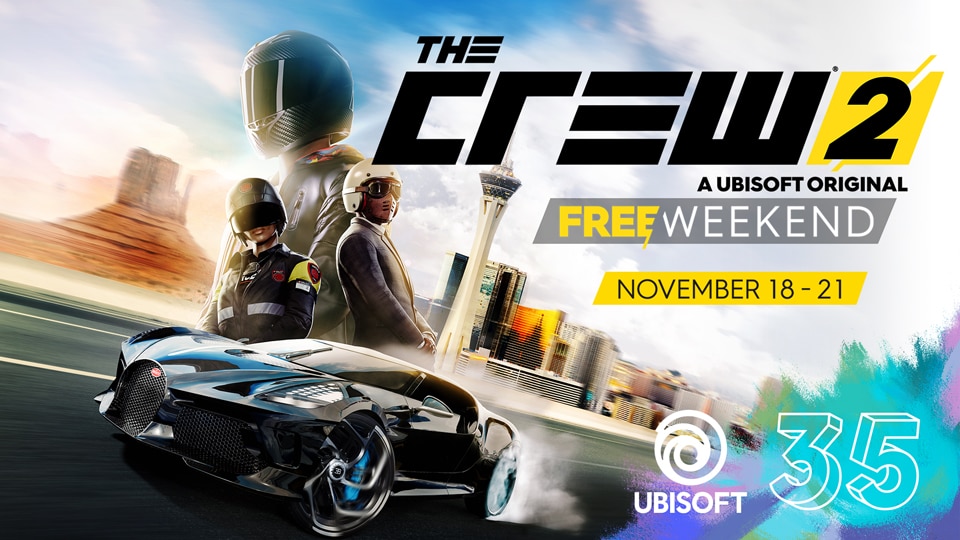 Live your dreams of becoming a motorsports champion and show off your skills across the USA in The Crew 2 during its free weekend. As part of the Ubisoft 35th anniversary celebration, you can play The Crew 2 for free from November 18 to November 21 on PC (via Ubisoft Connect and Epic Games Store), PS4, and PS5.

If you want to continue your journey and keep your progression after the free weekend, you can purchase any edition of The Crew 2 on PC or PS4 for 80% off at the Ubisoft Store until December 1.

In The Crew 2 you can dominate the land, air, and sea from coast to coast with a variety of cars, bikes, boats, and planes. There are new live summits every week, in which players are rewarded with exclusive items based on their leaderboard ranking. For more on The Crew 2, visit thecrewgame.com and check out our previous coverage.