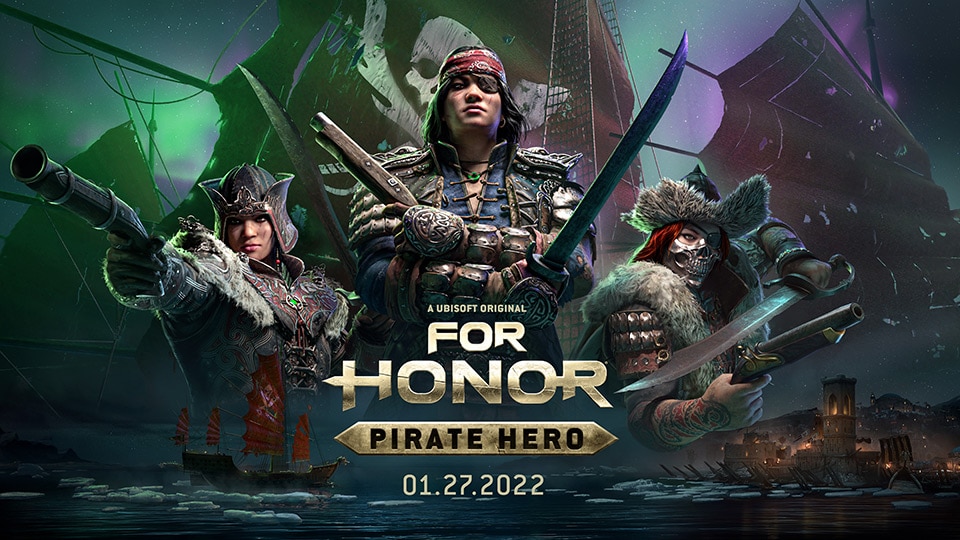 For Honor’s Year 5 Season 4 – Title Update 2.0 releases on January 27, introducing a fierce new Hero archetype: The Pirates. Armed with a cutlass and pistol, the Pirate Hero mixes pistol blasts and heavy attacks that chain one after another. The Pirate joins the battlefield as the first Hero from the brand-new group called the Outlanders.

Starting January 27, the Pirate Hero can be purchased from first-party stores as part of a package that includes the new Hero, one exclusive Ornament, one Elite Outfit, three scavenger crates, and seven days of Champion Status. The package can also be unlocked for 15,000 Steel starting February 10. Title Update 2.0 also gives players a free event pass that offers exclusive rewards, and new seasonal armor variations for all Heroes.

For Honor will be back with another year of new content with Year 6: Lost Horizons, starting March 17. Two more Heroes from the Outlanders will come during Year 6. Hailing from all over the world outside Heathmoor, and unrelated to existing factions, each Outlander will bring new weapons and fighting styles to the game. Year 6 will include four Seasons, more customization options, enhancements of the core combat experience, and more. For more details about Year 6, click here.

For Honor is available now on Xbox Series X|S, Xbox One, PS5, PS4, and PC, as well as Ubisoft+. For more on For Honor, check out our previous coverage.