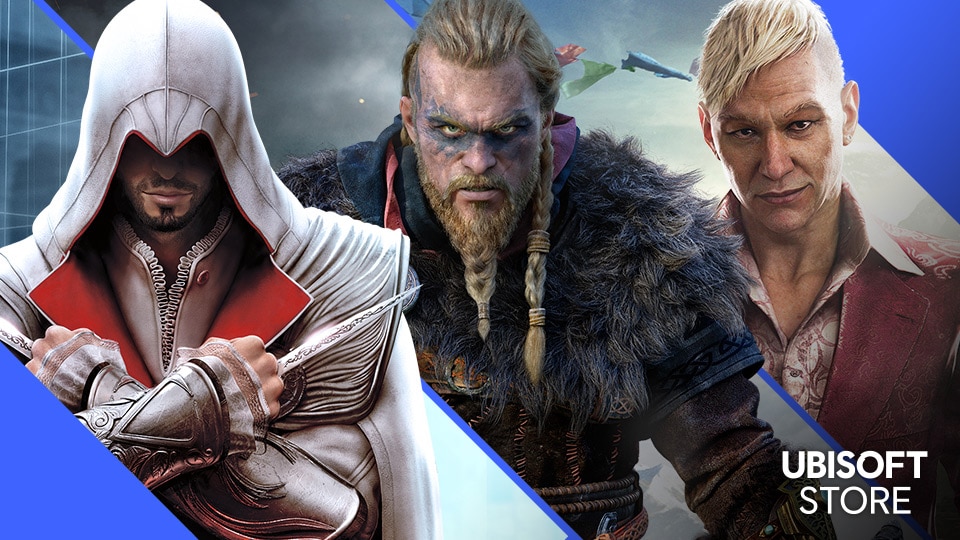 They Said What? 10 Memorable Quotes from Ubisoft Characters

From Far Cry villains to Assassin’s Creed heroes, there’s no shortage of memorable characters in Ubisoft’s library of games, and part of what makes them so memorable is the often cryptic, sometimes villainous, and usually heroic words that come out of their mouths. While there are plenty to choose from, we picked 10 quotes that we thought illustrated their games particularly well to highlight here. Remember them? Haven’t played them? Don’t forget you can get these and many other Ubisoft games during the Summer Sale at the Ubisoft Store, currently running now. What are some of your favorite quotes? 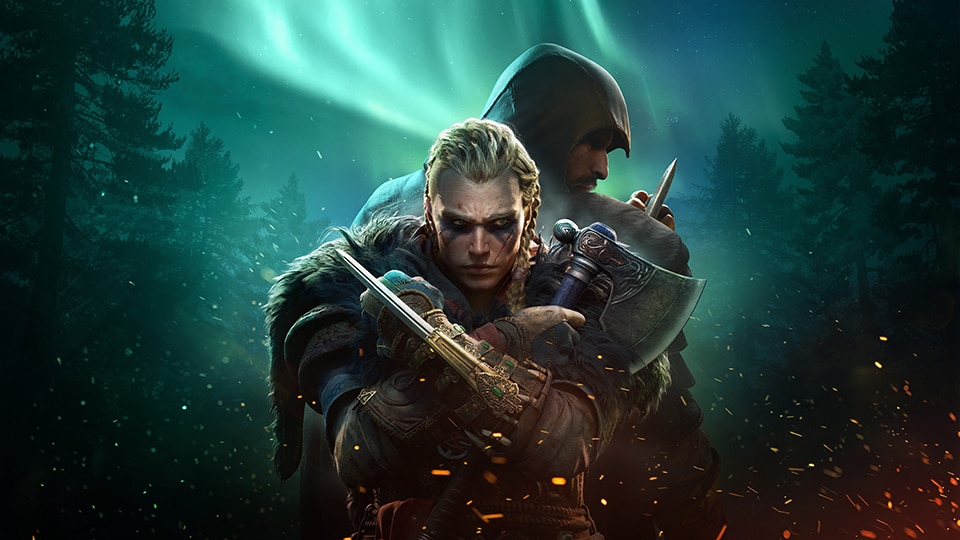 "A man you trust with anything... can take everything." - Basim

Basim utters these words to Eivor during a fire-side chat while resting in Cent. It’s one of the first moments players, and Eivor, get to know Basim on a personal level as he reveals to us the tragedy of his past. We learn that he once had a son, a son that was taken from him by a man, a friend, a mentor he trusted deeply. The line is chillingly delivered and while the entire speech is heart-wrenching, there’s a remarkably subtle level of menacing to the entire thing, hinting that there is more to Basim’s story than he’s letting on, but we’ll let you discover for yourself. 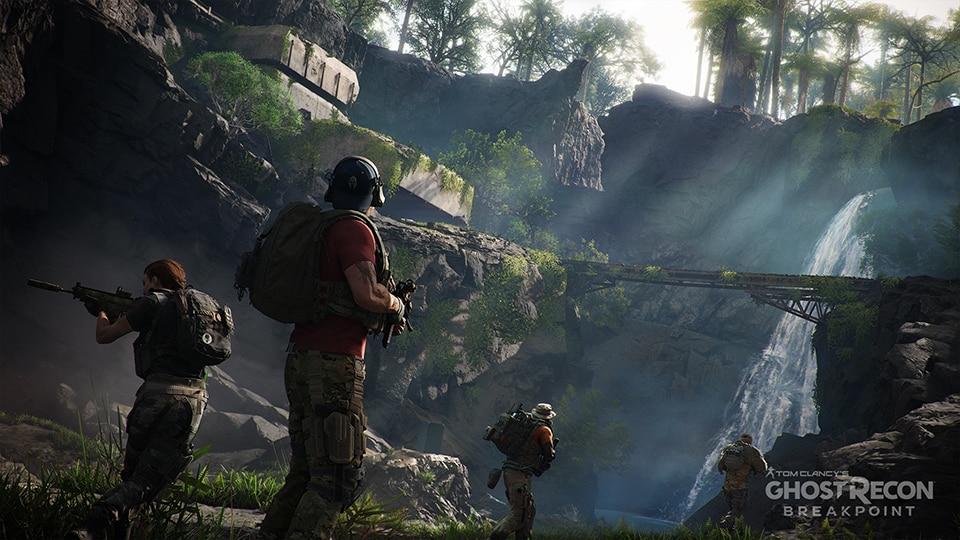 “We are Ghosts. And ghosts never die.” - Nomad

While it’s easy to interpret Nomad’s remark as a comment on the difficulties of dispatching undead spirits (bullets go right through them, the idea of dying twice raises all sorts of tough metaphysical questions, etc.), it's really a testament to the indomitable toughness, skill, and determination of Ghost Recon, better known as the Ghosts. An elite special-forces unit that wields advanced tactics and technology, the Ghosts can quietly handle immense threats – and no threat is more immense than the drone armies of Auroa, against which you can test your mettle (along with up to three friends) in Ghost Recon Breakpoint. 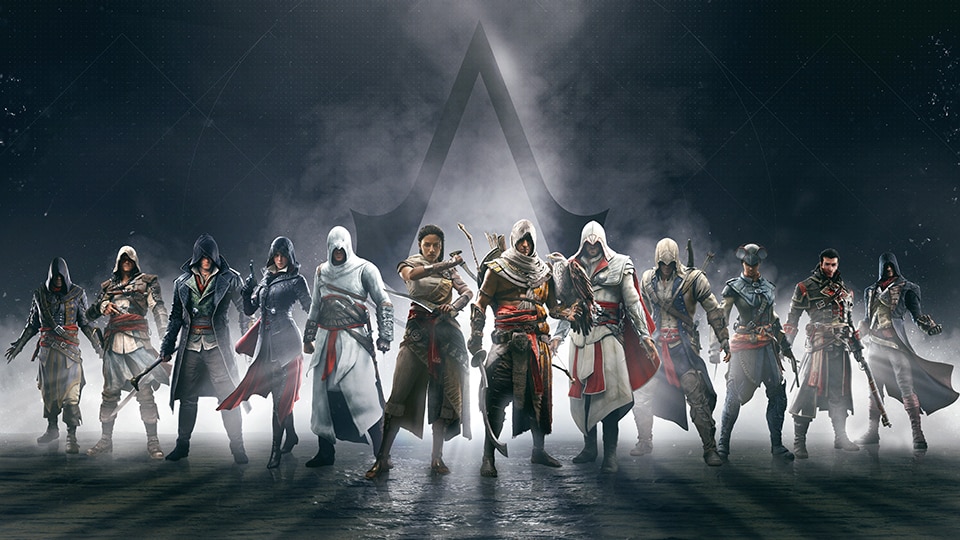 "Nothing is true. Everything is permitted." – Assassin’s Creed

Purportedly the words of the real-life founder of the Assassins, “Old Man of the Mountain” Hassan-i Sabbah, this phrase has echoed throughout the eons depicted in the Assassin’s Creed series. But there’s more to this maxim than giving Assassins (and by extension, players) carte blanche to do as they please. It’s a deliberate contradiction, meant to illustrate the contradictions Assassins work under, like discouraging blind faith while practicing it themselves, or using violence to promote peace. It also reflects a belief that there are no judges waiting behind the scenes, only people making decisions and creating their own rules. This philosophy is at the heart of Assassin’s Creed’s millennia-long struggle, which you can dive into at various points in history via the link below. 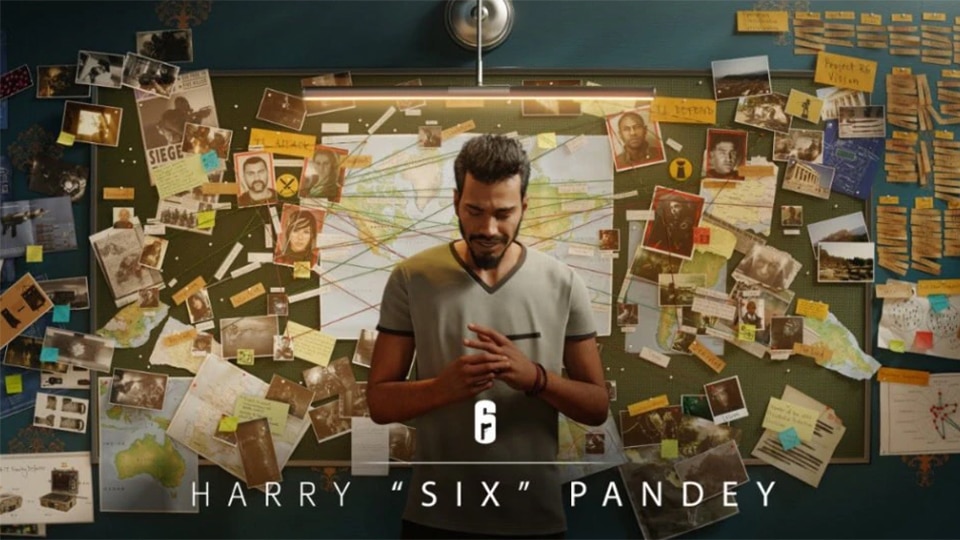 Is Rainbow Six Siege a game of sharp reflexes? Yes; in an evenly matched firefight, you must outgun your opponent to emerge victorious and it only takes one shot to take someone down. Is Rainbow Six Siege always a game of evenly matched firefights? No; not if you and your teammates strike the right balance of using what you know and preparing for what you don’t. Your intelligence-gathering tools like drones or cameras can be used to scout your opponents’ movements so you can get the drop on them. Your Operator— chosen from a roster of 60 (and growing) — brings a unique gadget with the potential to give your team an edge over your opponents, whether it’s blasting open a hole where they didn’t expect one or neutralizing an advantage they were counting on. Every match of Rainbow Six Siege is a chance to learn something new, execute a new strategy, or improvise a new way to win, and the thrill of getting better at Siege by increasing what you know is truly gratifying. 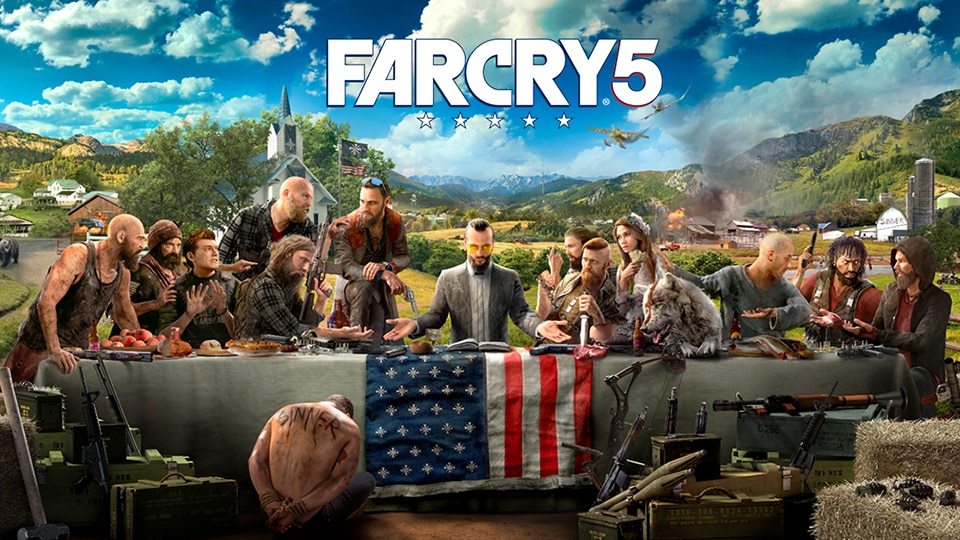 "God will not let you take me." – The Father

As the Deputy Sheriff of Hope County, it’s your job to arrest Joseph Seed, better known as The Father of the Project at Eden’s Gate cult, at the beginning of Far Cry 5. Alongside the sheriff and a US Marshall, you waltz into the heart of the cult’s compound, walk in through the church doors, and present a warrant for The Father’s arrest. While he seems to come willingly, holding out his arms so that you can handcuff him, he utters these words while waiting for you to make your decision. As has been the case with recent Far Cry games (see below), the player has the option to not cuff Joseph Seed. Wait long enough without doing anything and the sheriff will decide it’s best just to leave things be, and you turn around, walk out, and roll credits on Far Cry 5. Given the explosive ending to Far Cry 5, this might honestly be the more peaceful option. Just make sure to fire it back up and place those handcuffs on him to experience all that Hope County has to offer, most notably an adorable dog named Boomer, and a giant bear named Cheeseburger. And before you ask, yes you can pet them both.

"God told me of the Collapse. I gathered my family to prepare for it. But Hell had followed the White Horse. The one that could not walk away. And my path ended here, in these very walls." – The Father

The above words might seem cryptic, but they make perfect sense if you’ve finished Far Cry 5 (see previous entry). Spoiler: The Father wasn’t dead by the time the credits rolled. In fact, he survived to carry his cult into a new, postapocalyptic era, where they ditched their violent ways in favor of low-tech, back-to-nature isolationism. You’ll need to enlist their help in Hope County's struggle against the rampaging Highwaymen, part of which involves retracing The Father’s steps through a strange, hallucinatory landscape to discover what he went through after the bombs fell. Things get even weirder after that, but hey, weirdness is a big part of the fun when you’re fighting neon biker bandits across Hope County’s vibrant, irradiated countryside. 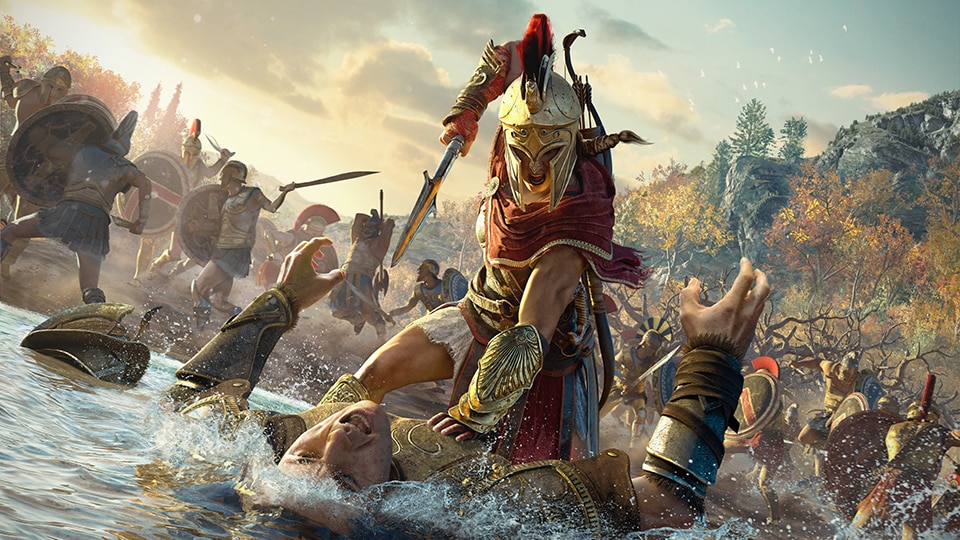 "Duty won’t save you from the ghosts of your past. Now you will answer to me. I’m going to watch the light fade from your eyes as you die by my hand" - Kassandra/Alexios

In the early hours of Assassin’s Creed Odyssey, you’re given a quest to assassinate a Spartan general with a large bounty on his head known only as The Wolf. Players quickly learn is that The Wolf is Nikolaos of Sparta, Kassandra/Alexios’s father who threw them off a cliff as a child for trying to save the life of their infant sibling who was to be sacrificed by Spartan elders. It is only when players confront Nikolaos that he learns who the misthios is. Rather than being defensive or combative, Nikolaos is resigned to his fate, a fate that you get to choose. Exact your revenge on your father and kill him, or let him live with the horror of his decision? It’s just one of the many decisions you’ll have to make along your journey as Odyssey is the first Assassin’s Creed game to feature dialogue options, game altering choices, and an impressive array of godly combat abilities thanks to Kassandra/Alexios’s broken spear of Leonidas, a first civilization artifact. 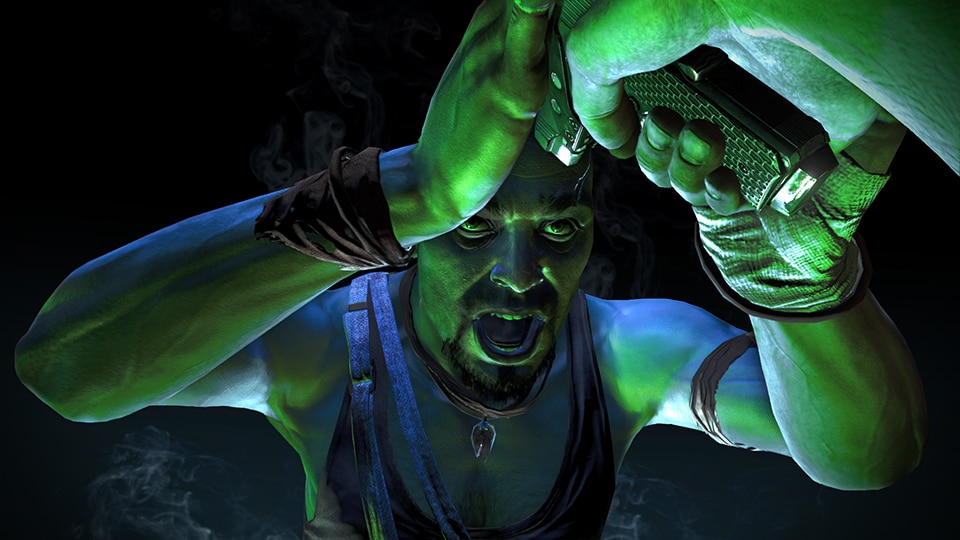 "Did I ever tell you the definition of insanity?" – Vaas

If you stick around waiting for Vaas to clarify his views on human psychology, you’re gonna have a bad time. But when you’re trapped in a tropical island paradise ruled by maniacal bloodthirsty warlords, escape isn’t exactly a walk in the park. It is an absolute blast, however, as you find powerful weapons and unlock impactful abilities in your quest to take down the madman who took Far Cry villainy to a whole new level: Vaas Montenegro. Your journey through this gorgeous open world will be perilous, full of dramatic explosions and stealthy takedowns, depending on which approach you take in any given conflict. And while people shooting guns at you may seem like a big threat (which they are), watch out for the local wildlife who won't take kindly to you entering their personal space. Far Cry 3 will give you a healthy fear of and respect for cassowaries, make you fall in love with wingsuits, and once and for all clarify the definition of insanity. Now, did I ever tell you the definition of insanity? 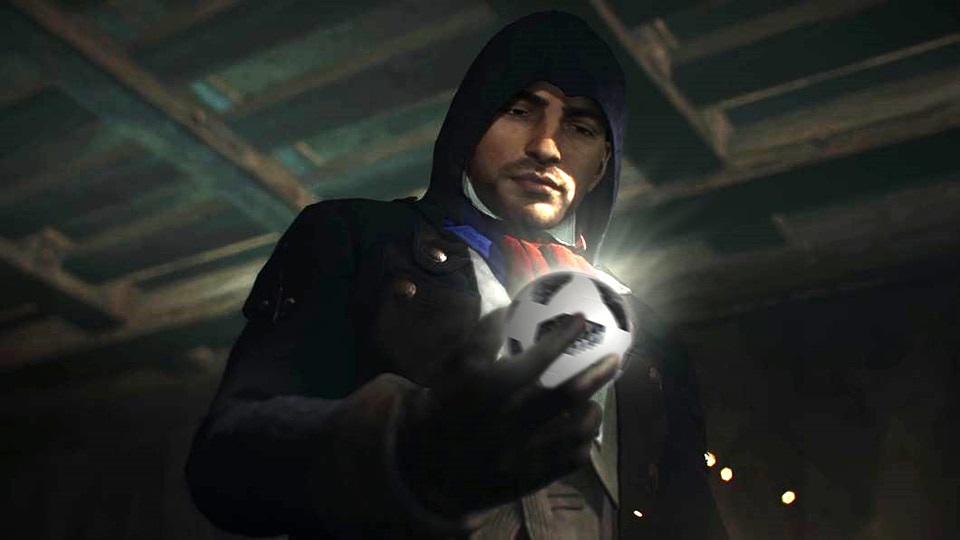 "Only we can decide whether the road we walk carries too high a toll. We believe ourselves redeemers, avengers, saviors. We make war on those who oppose us, and they in turn make war on us. We dream of leaving our stamp upon the world... even as we give our lives in a conflict that will be recorded in no history book. All that we do, all that we are, begins and ends with ourselves." – Arno Victor Dorian

Assassin’s Creed Unity is, among other things, a journey of grim self-discovery for protagonist Arno Dorian, as he goes from revenge-hungry youth to disillusioned adult. The above quote represents the culmination of that journey, a final realization of what the Assassin’s Creed (see above) really means – and that in the end, it’s all a matter of personal choice. Reaching that epiphany, by the way, involves a lot of parkouring around the rooftops of a meticulously re-created 18th-century Paris, delving into baroque Templar intrigue, and teaming up with friends to work behind the scenes of the French Revolution, all while using customizable weapons and gear (the crossbow-like Phantom Blade, for instance) that no other Assassins have wielded before or since. Far Cry 4 beings with Ajay Ghale arriving in the fictional country of Kyrat to spread his mother’s ashes. That is, until he meets the country’s ruler, Pagan Min. Say what you will about Pagan Min: he’s ruthless, he’s a dictator, he murdered a man with a pen, but there’s one thing you can’t deny, he’s a man of his word, at least when it comes to Ajay. Pagan was in love with Ajay’s mother, Ishwari and while he may be presented as Far Cry 4’s villain...things are a bit more complicated in Kyrat. In fact, if you just listen to him, and DON’T MOVE, he will be right back triggering Far Cry 4’s secret ending. A cutscene plays out in which Min explains that your father, Mohan, sent Ishwari to spy on Pagan, only for the two to fall in love and have a child named Lakshmana. Mohan stole back Ishwari and in the process killed Lakshmana, your half-sister, while she was still a baby. Ajay lays his mother's ashes down on a shrine next to the ashes of Lakshmana, walks out, and the game’s credits roll. That’s some crab rangoon.

Head to the Ubisoft Store and stay updated on the latest deals, new releases, merchandise, apparel and more across your favorite Ubisoft video games.