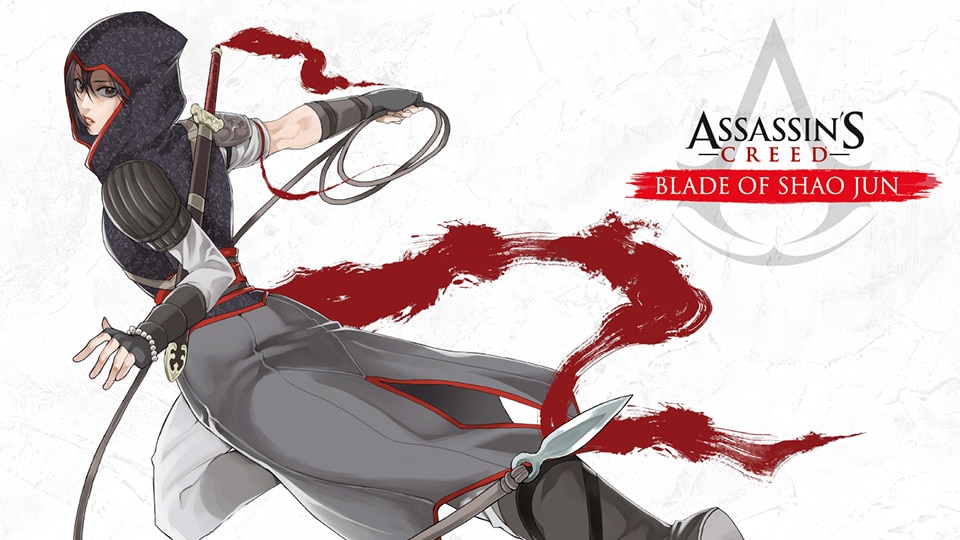 Many Assassins have starred in comic book adaptations over the years, but “Assassin's Creed: Blade of Shao Jun” marks the series' exciting return to serialized manga.

This new saga, drawn by Minoji Kurata, follows the Chinese Assassin Shao Jun as she blazes a path of vengeance during the Ming Dynasty. Trained by legendary Assassin Ezio Auditore, she returns to her homeland to exact revenge on the Iron Tigers, a group of Templars that brutally wiped out the Chinese Assassin Order.

Thanks to Mana Books and gTV, you can get a behind-the-scenes look at
the creation of the manga, in which Minoji Kurata deftly combines her passion for classical Chinese literature like “Journey to the West” with her genuine love of the Assassin's Creed games.

After her debut in the animated film “Assassin’s Creed Embers,” Shao Jun went on to star in Assassin's Creed Chronicles: China, the first chapter in a trilogy of 2.5D side-scrollers that launched in 2015. The manga expands on this story through the genetic memories of Shao Jun's modern-day ancestor, Kō Risa.

Originally published as a weekly serial in “Sunday GX,” “Assassin’s Creed: Blade of Shao Jun” was recently adapted into two collected volumes in Japan, and then translated into French for the first time. In February 2021, the first volume will also be available in English, published by Viz Media.

To learn more about Shao Jun and Assassin’s Creed Chronicles: China, be sure to check out the official website. Want to see other documentaries and videos on gaming culture? Head over to gTV for more.