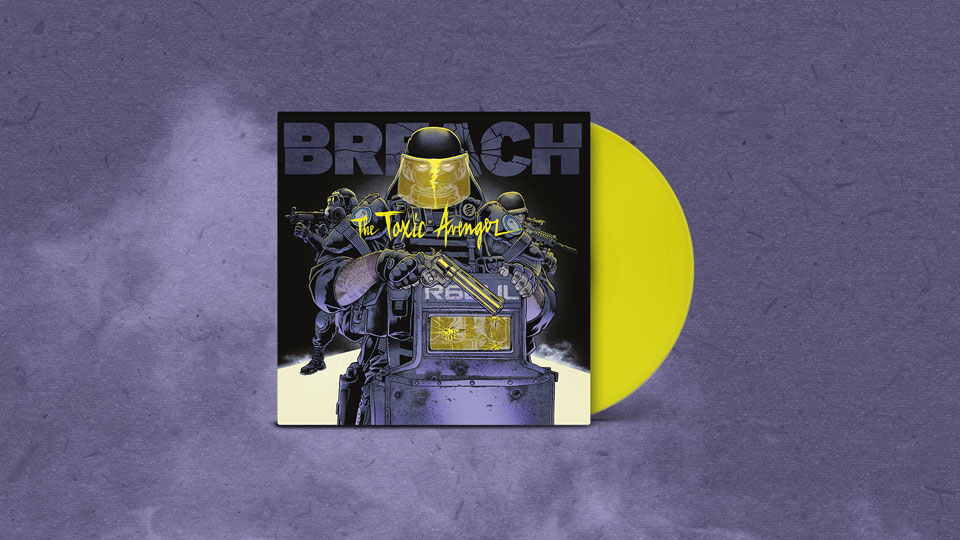 As fans and pro players are looking ahead to the upcoming launch of the 2022 Season of the Rainbow Six European League, Ubisoft is collaborating with award-winning songwriter and producer The Toxic Avenger to release Breach, the official EP of the European League.

The project is a part of a season-long collaboration wherein The Toxic Avenger has provided exclusive music for trailers and weekly esports broadcasts. The partnership culminates with the release of the complete collection of six tracks, which will be revealed on March 18 at 12:01AM CET. We sat down with The Toxic Avenger to find out more about this collaboration leading up the Breach EP.

What made you want to create music for Rainbow Six Esports?

What really motivated me to do this project was to be somewhat pioneering in the collaboration between musicians and videogames. This kind of collaboration is not very common. So it's super cool to be pushing this forward. And it's also great to see my son's excitement, because I have a teenage son, and teens can be quite hard to impress, but this impressed him.

What can you tell us about the EP planned in collaboration with Ubisoft?

Through this collaboration with Ubisoft, we will produce an EP called Breach. It will contain six tracks, and I want to put all my ideas into making this EP probably more edgy than what I usually make. I want it to represent the world of Rainbow Six.

What was your creative vision for this collaboration?

Ubisoft and I had a shared vision for the EUL theme. I remixed the Rainbow Six theme by taking three very basic notes; working with just three notes is a common technique when making techno. And starting with these three notes, I’ll develop something much more complex. I love to do that, just take a tiny little loop, and develop it until that little thing is transformed into a monster. This is so cool to do, because it ends up being a constraint that turns into proper freedom.

What is the creative process when it comes to creating music for videogames, and more specifically for esports?

The music I make for trailers is written to go along with visuals, more like film music. And that's something I love to do. I worked a lot with Ubisoft, actually; for example, I worked on Watch Dogs. But when you're composing for trailers, you're composing something very frenetic. It's almost anti-musical, because you're trying to match the picture, and you have to convey thousands of emotions in one minute. So you go from something emotional to an action-packed scene, and the music has to switch accordingly. I'm really interested in esports, because I think it’s the sport of the future. In fact, it's even the sport of today. For some games, you'll have stadiums that are completely packed with tens of thousands of people. You know, I have a saying: “if my mother has heard of it, it's starting to get big.” And she's heard of it, so it must be getting big.

You’re known as an active gamer in the community. What is your favorite genre of videogames?

I love playing games, especially roguelikes. They're procedurally generated games, so you never play the same round twice. Each round lasts half an hour to an hour, and you can just keep playing again and again. It's always cool to see your music associated with a visual of any kind. Whether it's a film, a game, or even advertising. I always want the two elements – the music and the associated cultural content – to elevate each other. I try to make both sides benefit from it.