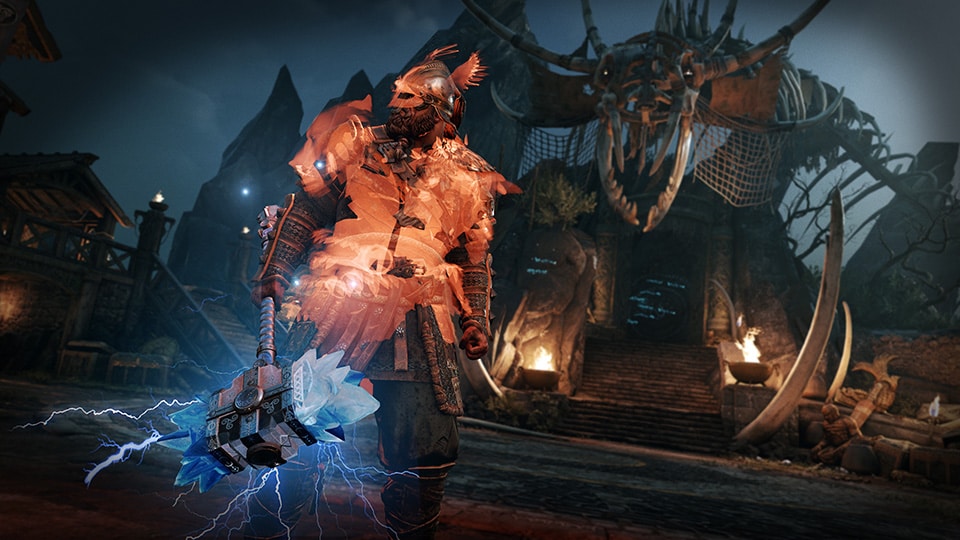 For Honor – Wrath of the Jormungandr Event Live Now

A dread serpent has come to the battlefields of For Honor, and it bears a powerful gift during the limited-time Wrath of the Jormungandr event. From now through October 3, the event inspired by the latest Viking Hero to be added to For Honor allows players to play Ragnarok, a special version of Breach mode (see rules below) into which a massive sea serpent will spawn a powerful hammer. Any player who wields this weapon will be able to strike their enemies with chain lightning and ground smash abilities, wreaking havoc on their foes and changing the tide of battle. The Wrath of the Jormungandr event will also bring new outfits, ornaments, weapons, and customization items designed to evoke the Viking spirits of the serpent.

In addition to the game-changing hammer, Ragnarok matches will differ from normal Breach mode matches in the following key ways:

For Honor is available now on Xbox One, PS4, PC, and UPLAY+. For more information on the latest warriors to join the fight, check out our previous For Honor coverage.