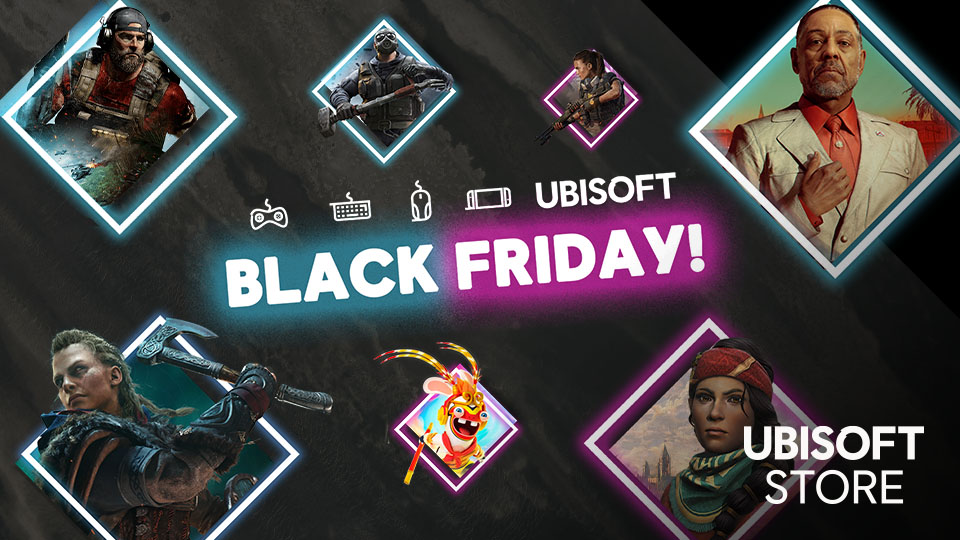 The holidays are nearly upon us, but you don’t need to wait until Black Friday to save big on Ubisoft games. In fact, from November 17-30, the Ubisoft Store will kick off its biggest sale of the year, with up to 80% off Ubisoft games. The deals include a chance to get Assassin’s Creed Valhalla, Far Cry 6, and Rainbow Six Siege for 67% off, as well as a few big bonuses for deal-savvy shoppers.

One of the biggest bonuses is that the original Splinter Cell is free from the Ubisoft Store during the sale period, just in time for the game’s 20th anniversary. A technological revelation in 2002, Splinter Cell’s striking visuals and innovative stealth action continue to impress today – and whether you’ve never experienced it or want to relive Sam Fisher’s first adventure, now’s your chance to grab it at no cost.

Customers can also get their first month of Ubisoft+ for 50% off during the sale and subscribe to a library of more than 100 PC games, including day-one access to new Ubisoft games and DLC. Ubisoft+ also includes access to a growing roster of indie games, as well as exclusive discounts and other rewards. If you’re in a country where Ubisoft Wallet is available, spending at least $19.99 USD using your Wallet will also get a $10 USD Wallet reward toward a future game or DLC purchase, which can be used during the sale. Customers in non-Wallet countries can still save big by using the code TGIBF at checkout to take 20% off the items in their cart, in addition to the Black Friday discounts already in place.

Ubisoft+ isn’t the only subscription service offering big savings; using the code FRIDAY20, customers can also grab a three-month subscription to Rocksmith+ at 20% off, getting unlimited access to the guitar-learning service and its library of songs for a great price. And speaking of great prices, customers can nab Far Cry 3 for $3, Splinter Cell Blacklist for $3.90, and Assassin’s Creed Rogue for $5.

Finally, customers in the US and Canada can get a discount on gear* offered at the Ubisoft Store such as hoodies, caps, mugs and so much more: Buying $30-50 worth of merchandise will get a 10% discount, which grows to 15% if you spend between $50-100, and 20% for purchases of $100 or more. This includes items from the Assassin’s Creed Mirage collection, the Ubisoft Official Raving Rabbids collection, ugly holiday sweaters, and more.

Whether you’re shopping for yourself or the Ubisoft fans in your life, you’ll find plenty of deals during the Black Friday sale – just move fast, because these deals are only available until November 30.

*Not applicable to figurines/collectibles. Cannot be combined with other offers.