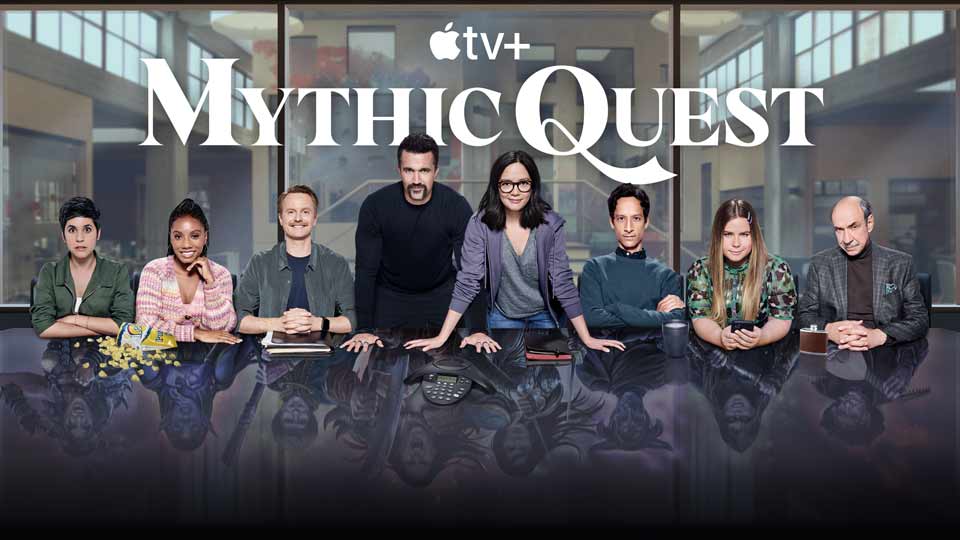 “Just like critics and audiences all over the world, we fell in love with Rob
and his team’s sharp writing and full-of-heart, relatable characters that make
up the world of ‘Mythic Quest,’” says Matt Cherniss, head of programming for
Apple TV+. “We can’t wait for viewers to see what’s in store in the upcoming
seasons of this brilliant workplace comedy.”