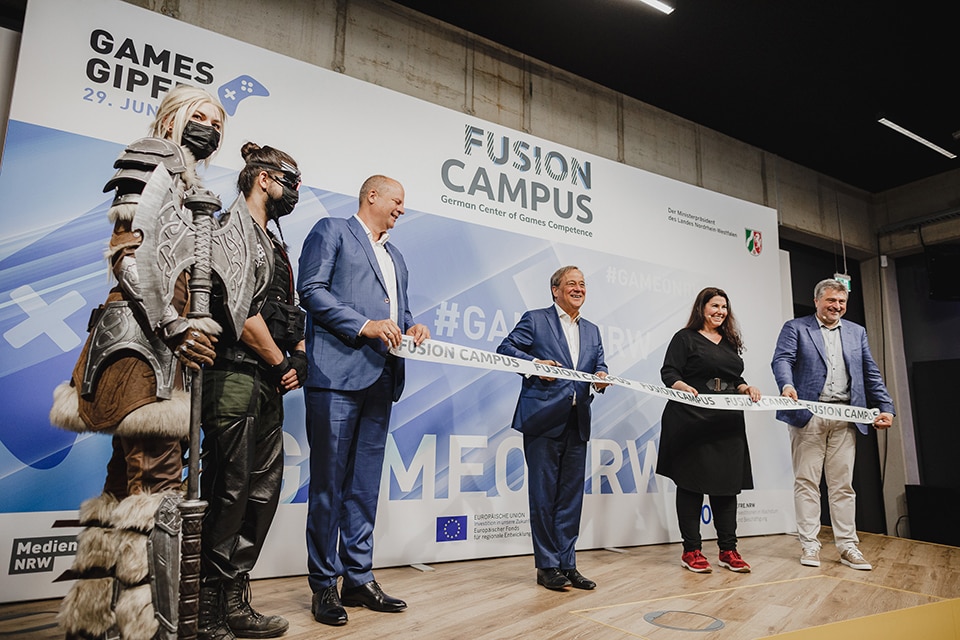 Fusion Campus is an initiative led by the federal state to create an industry hub for games institutions and members of other industry sectors to exchange on key topics and technology of the games industry. This April, the Fusion Campus corporation was founded by former state-commissioned project lead, co-founder, and Managing Director Stefanie Waschk; German investor Gladstone Capital; and Ubisoft Blue Byte.

The new center will enable collaboration between the video games sector and other industries, provide meetups with experts and events for industry representatives, and drive the growth of a local ecosystem centered around games companies in the most populated German state. Fusion Campus will also help to promote games-related skills and technologies, as well as creating an accelerator for entrepreneurs looking to get a foothold in the local industry.

“The 'Fusion Campus' will be a driving force for and from the games industry. The innovative potential of the games industry is of central importance: We build bridges between the gaming industry, business, science and young talents, ”says Stefanie Waschk, founder and shareholder.

Ubisoft is renting physical office space for Fusion Campus inside the Ubisoft Düsseldorf building, and there are plans to make dedicated facilities, such as its user research lab, available for the industry.

“I am thrilled that the 'Fusion Campus' is a pioneering project for the games industry established inside our premises at Ubisoft Düsseldorf and I am looking forward to a lively exchange. This competence center will be both a fixed point for our industry and a driving force for other industries of the economy. An innovative showcase project, also in international comparison”, says Benedikt Grindel, Managing Director of Ubisoft’s German studios.

Contributing to the development of the local games ecosystem, as well as making a positive impact on creative technology industries, could helping to raise awareness of and acceptance for digital games thanks to the exchange of expertise between the videogame industry and other sectors.

Ubisoft’s involvement in the Fusion Campus complements existing initiatives, such as Ubisoft Education and the Graduate Program, as well as the Ubisoft Entrepreneurs program. Through the program, the local Ubisoft team aims to strengthen the German games industry and help to further professionalize young talent.

For more on initiatives, programs, and events inside Ubisoft, keep your eyes on the Ubisoft News Hub.