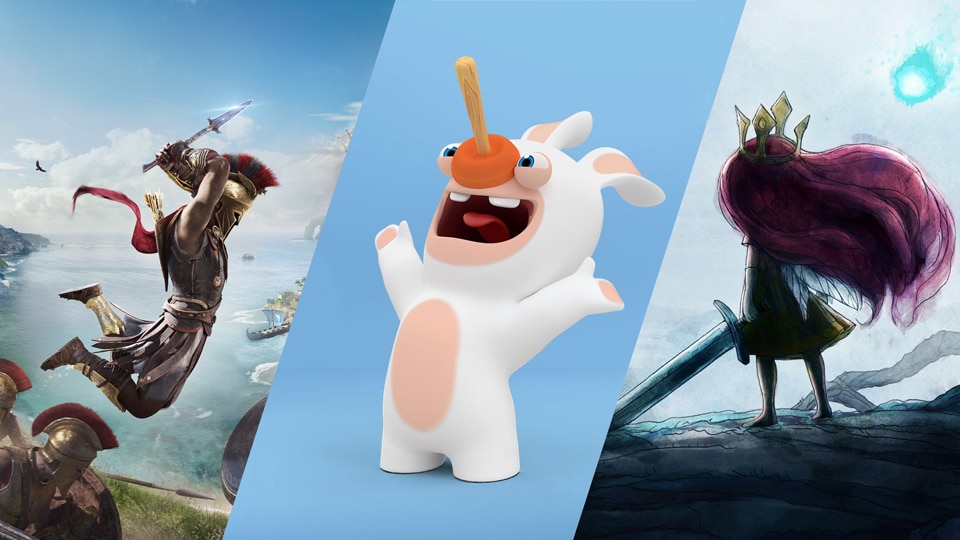 For those in need of some fun and new ways to stay occupied, we’ve put together a list of currently free games that can hopefully play even a small part in bringing you some virtual comfort, escape, and togetherness right now.

From March 24 at 6AM PT - March 28 at 6AM PT, Child of Light will be available for free to download and keep on PC via Uplay. Set in the fantastical, watercolored world of Lemuria, Child of Light stars Aurora, a princess on a quest to save her kingdom with the help of a mystical companion named Igniculus. Throughout her journey, Aurora will recruit a colorful cast of allies to join her in the fight, confront enemies in turn-based combat, upgrade her team's skills and gear to take on bigger challenges, and solve puzzles to progress through the world.

In addition, Assassin’s Creed Odyssey is free this weekend on Xbox One, PS4, and PC via Uplay. Players can experience everything the game’s Standard Edition has to offer, from exploring Athens and Sparta during the Peloponnesian War to sailing the Mediterranean and fighting creatures straight out of mythology.

And next weekend, Ghost Recon Breakpoint will be free on Xbox One, PS4, and PC via Uplay, too. In Ghost Recon Breakpoint, players are once again put in the boots of a Ghost, a soldier from an elite US Special Operations unit sent to the Auroa Archipelago to investigate Skell Technology and engage Cole D. Walker, former Ghost and leader of the Wolves.

Rabbids Coding is also available for free. Rabbids Coding presents the ideas and concept of learning how to code in the context of a game where players are tasked with cleaning up a spaceship overrun with Rabbids. For parents trying to keep their children occupied out of school, this is a fun tool to start learning the basics of coding. It doesn’t require any previous coding knowledge, and the instruction is presented with an easy-to-understand menu and user interface that encourage experimentation and learning at a comfortable pace. It’s suitable for anyone who can read and is available in English and French.

Continue to check https://free.ubisoft.com/ for updates on more free games, weekends and trials.