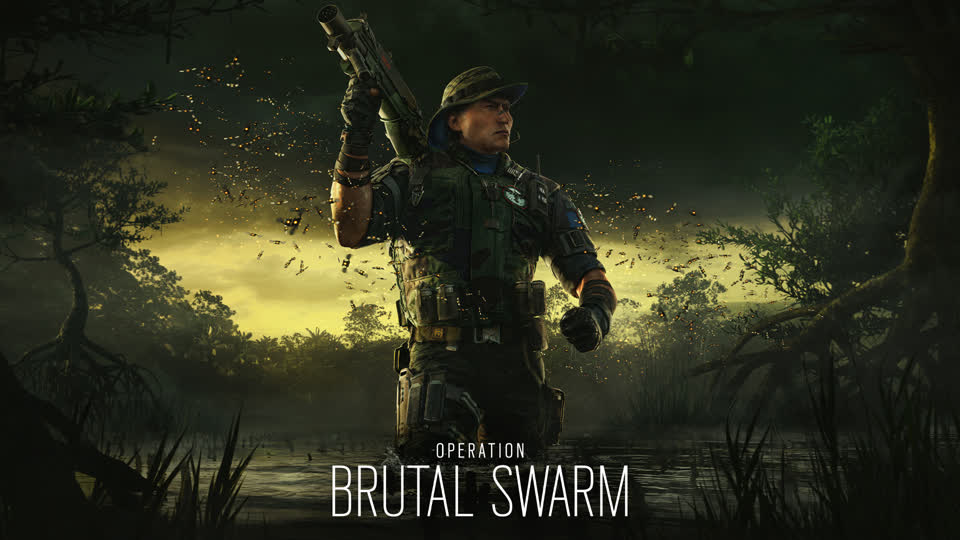 Operation Brutal Swarm launches on September 6, brings a new Defender-spotting gadget to Rainbow Six Siege. The Kawan Hive Launcher, wielded by a new Attacker named Grim, can deploy localized swarms of robotic bees that reveal his enemies' positions. Grim will be available at the launch of Operation Brutal Swarm as part of the Brutal Swarm Battle Pass, and unlockable two weeks later with Renown or R6 Credits. A host of free updates are inbound as well, including Stadium joining the map pool, recoil changes on PC, a new impact EMP grenade for some Attackers, mid-season Operator balancing changes for Rook and Dokkaebi, and more.

Grim and the Kawan Hive Launcher

Before we break down the specifics about Grim's unique gadget, a few details on the Operator himself: Grim hails from Singapore, and joins the Nighthaven faction as a 3-speed Attacker. He can equip the 552 Commando assault rifle or the SG-CQB shotgun in his primary weapon slot and packs the P229 pistol as a secondary, with either breach charges or a claymore as his generic gadget.

Grim is an intel-gathering, roamer-hunting Operator who can help track down or root out pesky Defenders with his Kawan Hive Launcher. Here's how it works: The launcher shoots projectiles that stick to surfaces. Once a projectile lands, it opens up and deploys a canister onto the floor. Then the canister opens and deploys a swarm of micro air vehicles (aka robotic bees) that hover in the area for a set period of time. If a Defender is caught in the swarm or runs into it, the bees will swarm them and track their location in real time for all the Attackers to see. If the Defender leaves the swarm area, some of the bees will stay with them for a short time and ping their location a few more times before deactivating and falling away.

Having your position revealed in Siege can have deadly consequences, so Grim is a powerful force for disrupting Defender schemes. He can be instrumental in helping his allies clear rooms as they advance on the objective, and can help watch the team's back by deploying swarms along likely flank routes. Though they'll only last a set amount of time, that window of opportunity can be all the Attackers need to push and gain the advantage.

The Defenders do have some recourse, however. Jäger and Wamai are a strong line of defense as their gadgets can stop Grim's projectiles from landing and releasing bees. Aruni's laser gates will zap his projectiles as well, though Grim and his teammates might appreciate spending a projectile to clear the obstruction. Kaid and Bandit are also decent deterrents to Grim's efforts, as electricity will destroy his projectiles. But perhaps the most versatile Grim-countering strategy is to bring Mute: A canister that lands near a Mute jammer cannot deploy bees, and a player who is in a Mute-jammer radius cannot be swarmed. Furthermore, a swarmed player who enters the Mute jammer's area of effect will lose their swarm immediately. Finally, there's Vigil, whose cloak ensures that bees can't see him, allowing him to slip undetected through Grim's swarms. 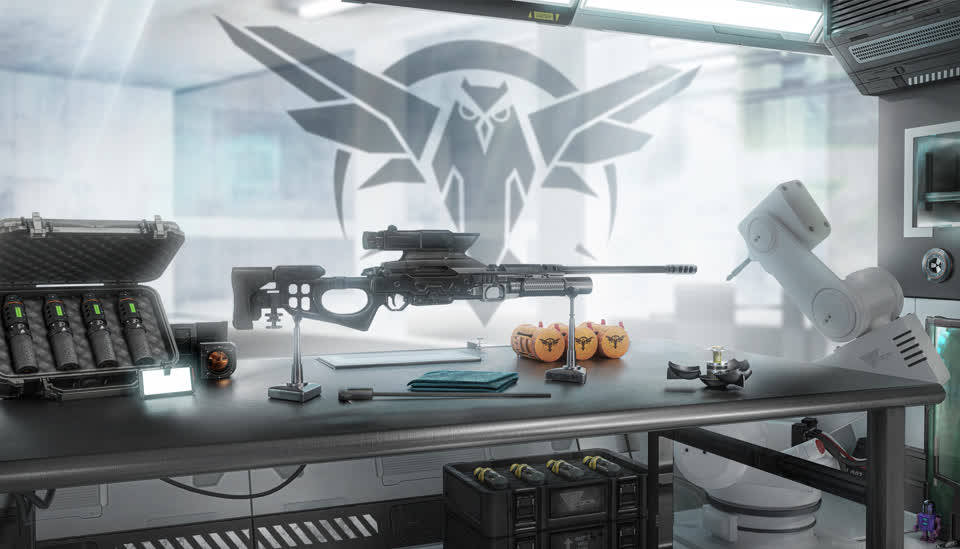 Initially appearing in 2021's Road to SI event, Stadium has been polished up and joins the map pool in Operation Brutal Swarm. Unbreakable glass walls create an unusual degree of transparency between Attackers and Defenders in certain places, and the gantry spawn high over the main structure lets Attackers approach with style. Once inside, players can make use of the color-coded areas for enhanced callouts and communication. Stadium will be available for Team Deathmatch as well.

Some Attackers will now have a new generic gadget option: the impact EMP grenade, a gadget that differs from Thatcher's unique EMP grenade gadget in a few key ways. There is no fuse timer; the impact EMP explodes on impact for a much quicker effect. Also, the radius of the EMP burst is smaller, so scouting out those tricky Kaid Electroclaw placements is even more important to ensure success. This gadget aims to give more Operators the utility to deal with electrified barriers and other electrically powered Defender gadgets.

Operation Brutal Swarm is deploying a host of gameplay updates, including improvements to the tactical map to aid your team in planning and an update to the map ban system to help increase map diversity. Players will now be able to report cheaters using the match replay feature, and a new reputation penalty is going into effect for abusive text chat.

PC players will notice some updates to the recoil system that primarily affect sustained weapons fire, and all players will be able to customize their loadout more extensively now that weapon attachments are being more widely distributed across different weapon types. The effects of the attachments have been tweaked (including the removal of the damage penalty for suppressors), so be sure to spend some time on the Shooting Range to get a feel for the changes.

Finally, a mid-season Operator balancing update will bring two big gadget changes: Players wearing Rook's armor plates will be able to use the Withstand ability to pick themselves up from a downed-but-not-out state, and Dokkaebi's Logic Bomb will affect dead players who are using cameras in Support Mode.

Operation Brutal Swarm will be playable on the PC Test Server on August 22, with the full season launch slated for September 6. Rainbow Six Siege is available now on PC from the Ubisoft Store and through a Ubisoft+ subscription; it's also out on PS5, PS4, Xbox Series X|S, Xbox One, and Stadia. Catch up on the current season with our Operation Vector Glare Operator and Gadget Guide and learn how you can earn free Rainbow Six Siege Operators with the Squad Up Reactivation Program.