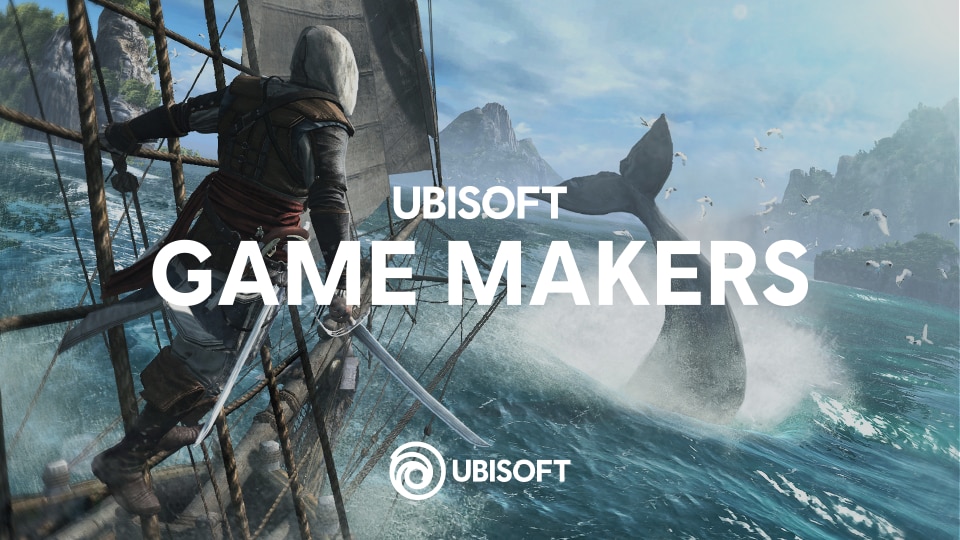 Years before a young Scottish postal worker named Nathan Evans posted a video of himself singing a 19th-century sea ballad, “The Wellerman,” and kicked off a viral phenomenon known as ShantyTok, Assassin’s Creed IV Black Flag was getting us to sing sea shanties along with our crew as we sailed the Caribbean. Black Flag’s sea shanties were in-game collectibles, hidden throughout the world, which your pirate crew could sing as you sailed the ocean. The “Sea Shanty Edition” of the game’s soundtrack, featuring tavern songs and sea shanties from the game, remains a fan favorite.

The latest episode of the Ubisoft Game Makers podcast takes a closer look at the ShantyTok phenomenon by discussing the historical origins of sea shanties, as well as the role they play in Assassin’s Creed IV Black Flag. The guests in this episode are musician and maritime history specialist Craig Edwards, who has performed sea shanties to direct work on historic ships; narrative director Darby McDevitt, who was lead writer on Assassin’s Creed IV Black Flag; and singer Seán Dagher and producer David Gossage, who recorded and performed the shanties featured in the game.

According to musician Craig Edwards, we should really classify sea shanties as work songs. “A shanty is going to regulate motion, concentrate force, and be sung by the people who are doing the work,” Edwards says when asked to define a shanty in a few words. Edwards himself has used shanties in situ with crews working on historical ships at Mystic Seaport Museum, the largest maritime museum in the United States, located in Stonington, Connecticut.

Edwards traces the history of sea shanties back to call-and-response work songs used by African American slaves packing cotton in ports in the early 19th century. Although we may associate sea shanties with pirates, piracy’s heyday was during the 18th century, when naval crews were much larger, because they also had to defend themselves, their ships, and the goods they were carrying. These big crews likely didn’t need sea shanties to regulate the work, and worked quietly.

It was only during the more peaceful decades of the 19th century that regular, speedy sailing trips and smaller crews brought about the need to make sailors’ work more efficient by using shanties. Yet Edwards understands the decision to include shanties in Assassin’s Creed IV Black Flag, even though they are anachronistic to the 18th-century setting. “As an artist, and even as a scholar, I have absolutely no problem with the way that the videogame uses the songs,” Edwards says. “I really think it’s wonderful.”

Darby McDevitt, the lead writer on Assassin’s Creed IV Black Flag, used music as an important source of inspiration to create the game’s story. He even wrote the game’s ending around the traditional Scottish folk song “The Parting Glass,” and he speaks fondly of the folk songs from different cultures that are featured as tavern songs in the game. It was McDevitt who originated what he calls the game’s “pirate radio” of sea shanties with a brief design document he wrote early in development and passed on to the game’s audio team.

“When we started seeing this open ocean come together and we were able to sail from Jamaica to Cuba, we [wanted to] fill this space not with just the white noise of the ocean, but some actual fun songs,” McDevitt says. In the game, the shanties are collectibles that players can find, adding to the selection of shanties their crew can sing as they explore more of the world. McDevitt adds that it’s a perfect example of a collectible that’s worth the effort: Every time a player collects a new song, they want to run back to their ship to hear it sung by their crew.

Ubisoft’s music team hired Montreal-based musician and professor David Gossage to produce the in-world music for Assassin’s Creed IV Black Flag, which entailed researching and finding original shanties, adjusting the lyrics to fit the time period and themes of the game, and recording them. Seán Dagher is one of the singers you can hear on the soundtrack; for him, the call-and-response nature of shanties is in the same tradition as folk songs and their sing-along choruses. In order to record shanties that sounded authentic to the period and the setting – a pirate crew on an open deck – the musicians not only layered their voices, but also downplayed their singing to avoid sounding like a well-rehearsed choir.

As for the ShantyTok trend, none of the speakers were surprised by the resurgence of shanties during a global pandemic. For Edwards, the popularity of sea shanties has to do with their nature as songs that bring people together and focus them into one unit, and the fact that they’re easy to modify and add harmonies to. McDevitt also homes in on the vocal-only quality of shanties and the “explosion of harmonies” that creates pleasure for the singers and listeners.

Dagher adds that people often feel compelled to sing along with shanties. “Here we are, everyone’s forced into isolation, and lo and behold a style of music that brings people together becomes popular, maybe as a reaction to that!” he says.

If you want to sing along as well, you can listen to the Assassin’s Creed IV Black Flag Game Soundtrack – Sea Shanty Edition.