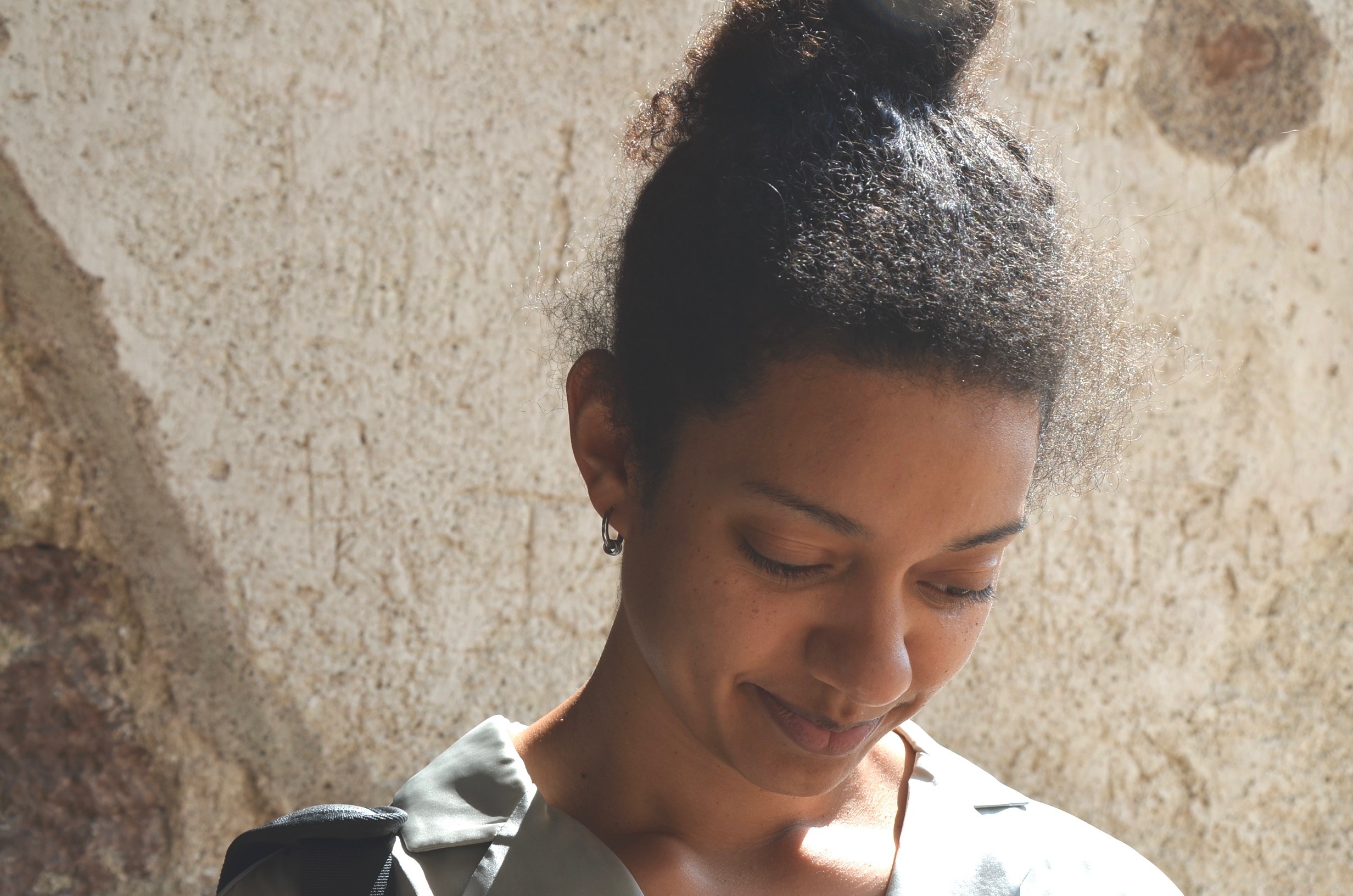 Myriam Forbes is a localization project manager at Ubisoft Massive working on Avatar: Frontiers of Pandora. It's a role that involves everything from translating the game to different languages to ensuring that audio, UI, and voice acting are localized for every region the game will be available in. In many ways, it feels like the job Forbes was meant to do. Growing up in Zaragoza, Spain, Forbes learned to speak English, Spanish, French, and Chinese. We spoke with her to learn about how her experiences helped her get to where she is today.

Tell us a little bit about your background. How did you get to where you are today?

Myriam Forbes: I was born in Zaragoza, Spain. I went to college in Zaragoza where I studied translation and intercultural communication, specializing in cultural mediation and conflict resolution. I've always had an interest in cultures, languages, and the clashes that can occur between two different cultures.

After that, I didn't know what to do. I loved videogames and, at some point, I thought about following my family's path and joining the US military as a linguist. However, I liked learning languages but didn't like to translate. Depending on the assignment, it could be quite boring. I liked languages to communicate and interact with people but not to just use it to translate instruction manuals or contracts. A spring night of 2014, I met up with an old friend from school and he told me that he was working at EA as a tester, and I was like, "What?! Does that really exist? How were you able to get that job?" In that same summer, after finishing college, I applied at EA and I started working as a tester there. It was a summer job but, wow, it was a dream to play videogames all day and get paid for it!

After that, I got hired by a translation company, but wasn't very happy with the job I was doing there - even though I did have fun with the project I was assigned to. I was working on Disney's Club Penguin. I was so sad when that project stopped, but it was very interesting to see how the content changed from country to country.

After that, I got hired again at EA. I worked as a localization project manager for The Sims, then I moved to another area of specialization more related to audio; the position was called Audio Capture and it was mostly focused on dubbing. I worked on projects like FIFA, Mass Effect, Battlefield and Star Wars and then, at the end of 2020, I joined Massive.

What was it like leaving Spain to move to Malmö to work at Massive? Were you nervous at all?

MF: Oh yes. I was nervous even leaving Zaragoza to move to Madrid for EA. I almost didn't.  Leaving for only three months and not knowing what to do afterwards felt quite unnerving. But once I decided to leave Spain, I felt less nervous. I had only been to Sweden for 1 day (part of a short trip to Copenhagen in 2016) before, and I didn't know what to expect there. I got a little bit scared because in every interview that I had at Massive, they were always asking, "Are you sure you want to leave Spain? It's cold here. It's dark in the winter." (laughs). But it's totally worth it. It's amazing here, but it was tough at the beginning. I moved when there were COVID restrictions in Sweden so I couldn't see anyone, but thankfully it's much better now. 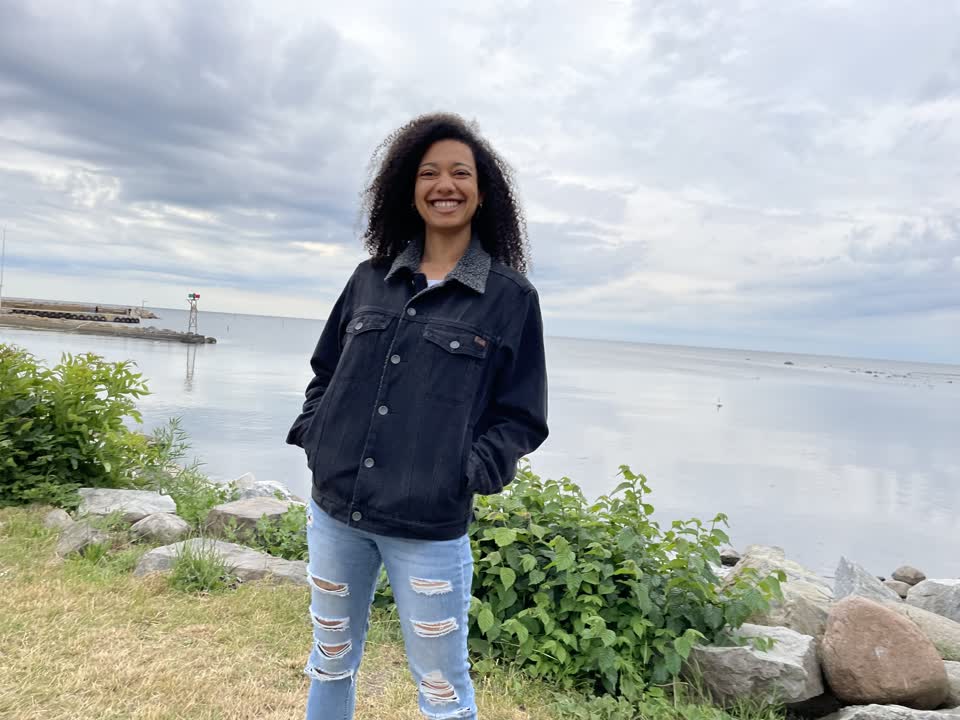 You mentioned being interested in how cultures interact with one another. Where do you think that interest came from?

Do you think that that experience helps with your job now?

MF: Yes, it definitely does. Because of that experience I started studying and learning more about diversity, equity and inclusion, human interaction, psychology in the workplace and conflict resolution. Working in Localization means to have constant communication with people from different countries and backgrounds and these learnings have been a game changer for me.

What does a localization project manager do?

MF: We do so many things [laughs]. The visible part is that we translate everything that's been written in English by the narrative teams, we record it in the languages that the game will be available in, and after that we test it. Then, in the background, there is a lot of planning, documentation and risk mitigation. Localization is not only working with text and audio and testing it all, but we also have to consider, for example, fonts. Not every country uses the same fonts, because some characters are not supported by certain fonts. Another example is UI, and the right-to-left orientation for Arabic.

Right now, we're pushing a lot to really put diversity and inclusion at the heart of what we do, at a studio level and across Ubisoft, and that's also something that localization team working on Avatar is heavily invested in.

What's your favorite part of your job?

MF: As creators of worlds, we have the power to convey important messages through our stories and inspire our players, from all over the world, to do better. We also have the incredible ability to initiate the important conversations that institutions don't want to start. I love that localization is such an important piece in reaching out to players.

Can you share a bit more about your own personal experience with languages?

MF: I've been learning languages for as long as I can remember. In school we had two mandatory languages, French and English, and English I learned at home too. My dad is a retired US Airman and he never wanted to learn Spanish even though he lives in Spain. I've been translating since I was able to speak (laughs). I've studied French since I was six, in primary school, and continued until college. I had to be able to do direct and inverse translations in this language. I also started studying Chinese in college and, once I moved to Malmö, I knew I needed to learn Swedish to navigate the grocery shopping situation. Still work in progress. 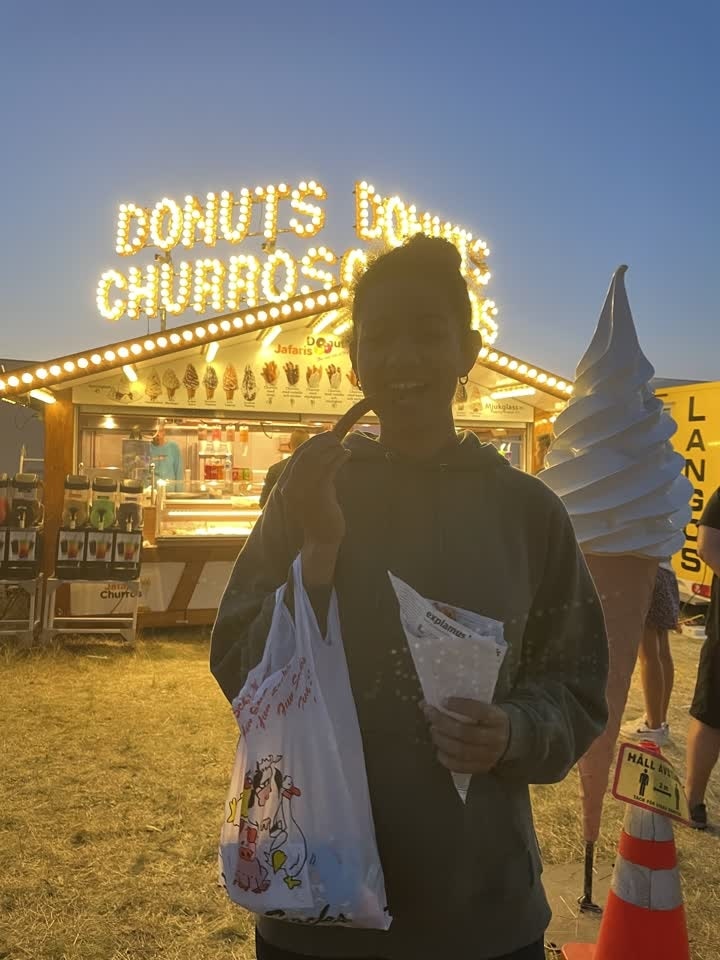 What makes you happy?

MF: This sounds cliché, but I love traveling. It makes me very happy. Also, the small moments -- I love spending time with my family, my cat, I love learning, reading and working out. But if there is something that can really cheer me up after a rough day is a cup of hot chocolate with churros, and that is hard to find here in Malmö (laughs).

How did your relationship with games develop?

MF: I have always been a gamer. Well, my dad started it. He is such a gamer; he loves RPG games. At some point, my sister and I got immersed in gaming with him. Our first console was a Sega Mega Drive, and since then, I played with any console we had at home.

You mentioned that you never saw a path into games until your friend became a tester. Did you ever want to work in games growing up?

MF: I've always wanted to work at a videogame company. I didn't know how, but I've always wanted to and when I was in college, I did know that there was this option to translate videogames, translate the text itself. But, as I mentioned before, translating was never something that I enjoyed. However, managing that, being able to make certain choices, being involved in the recording process, in casting, and in challenging the voice casting industry itself - which is mostly white and male - is something I love doing.

Was your involvement in diversity and inclusion planned from the outset when you got the job?

MF: No, those were conversations that came along later on, after I joined. I knew Massive was a very diverse and inclusive team and I wanted to know what it was like to be part of one. When the studio announced that they were planning to even more D&I initiatives, I was so hyped! I reached to Rebecka Svennerstedt, the D&I Director at Massive, to help out. It was time to put all the years of activism to good use (laughs).

MF: Move out of Spain earlier I think (laughs). If I had known that outside of Spain I was going to find more diverse teams, I think it would have saved me a lot of headaches. But at the same time, I wouldn't know what I know now. So yeah, I don't think I would change anything.

Why do you think it's important to see others like yourself in the spaces you want to be?

MF: I think it's very important because, especially as a kid, when you see that there's no one that looks like you anywhere, it makes you feel like the outsider, the weird one, the one that's not as good as the rest. It deeply affects your self-esteem, your confidence and it prevents you from being able to perceive your real value and unique talents. Growing up that way often means there's a very long journey later on towards self-acceptance and being able to realize you're as valuable as everyone else. It's important for us right now to take responsibility in the industry and do what we can for future generations so that they don't have to go through that.

What would you say to a young woman that doesn't see herself represented in games? What advice would you give her?

MF: I would say, apply for a position in a development studio. In order to have more diverse games, we need diverse talents. I would also say that studios are paying much more attention and are willing to take action so sharing your opinion and thoughts about why you don't feel represented could also be very helpful for developers in order to do better.  Do whatever you can to help others see themselves in the gaming industry because that makes a difference. It would definitely make a difference to another young girl who will be thinking about her future career in a few years. You're always worth being in the industry, being in gaming, and fulfilling your dreams.