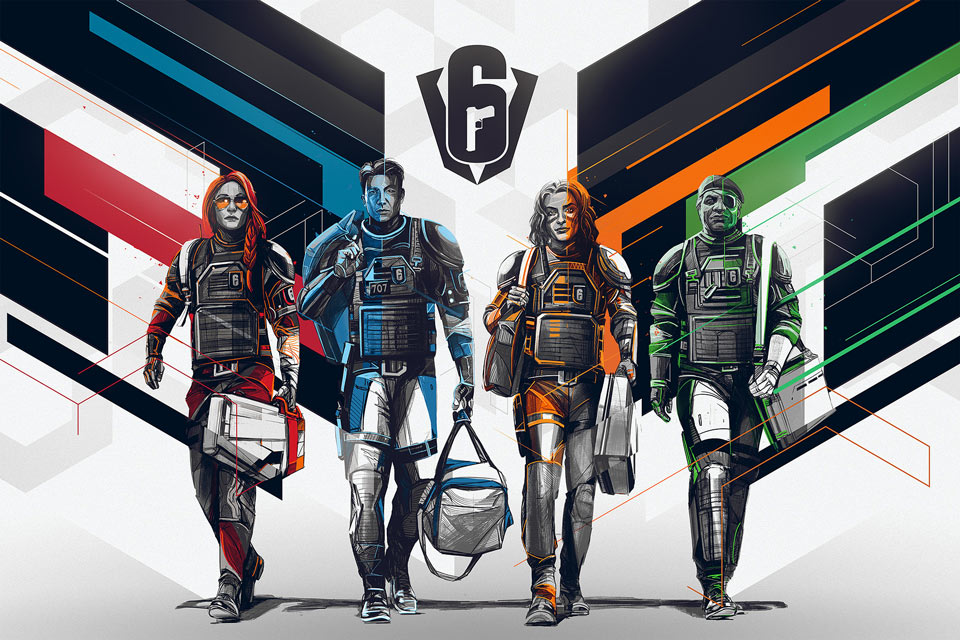 The Road to Six Invitational limited-time event is back in Rainbow Six Siege, as fans, players, and pro teams gear up for the pinnacle of Siege competition: the Six Invitational 2021. Running Thursdays through Mondays from now through February 22, the Road to SI event takes players to a revamped Stadium map made up of elements from the Border and Coastline maps to face off in Bomb matches with all Operators unlocked.

Additionally, the new Road to SI Battle Pass brings 100 tiers and 135 rewards to unlock, with the free track available to all players, and the premium track purchasable for 1,200 R6 credits. A portion of the revenue from the Battle Pass supports the Six Invitational Prize Pool, which will be distributed to teams following the results of the championship weekend of February 17-21.

The Six Invitational is the biggest competitive Rainbow Six Siege event of the year, and this year’s event will gather 20 teams in a LAN environment in Paris. Tune in on Twitch and YouTube to catch the playoff action starting on February 9. For more on the event schedule and the safety protocols in place, check out the Six Invitational 2021 Event Guide.

Rainbow Six Siege is available now on PC, PS5, PS4, Xbox Series X|S, and Xbox One. For more on Siege on next-gen consoles and to keep up with the latest news, visit our Rainbow Six Siege news hub.